Jurors award $3.35 million to an ex-military man they find was fired for whistle-blowing at LAUSD school 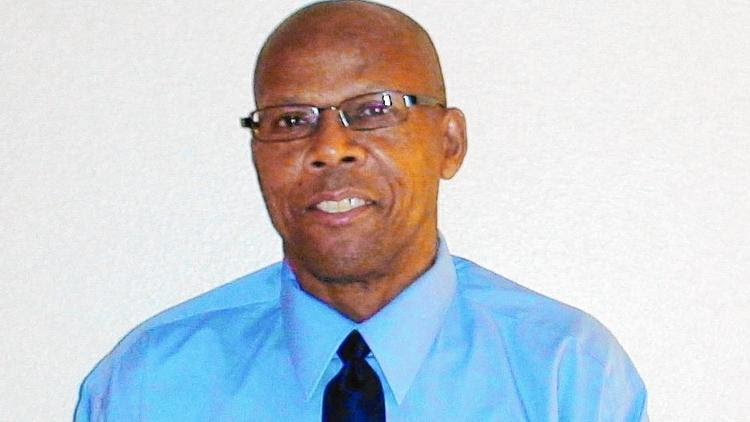 A jury awarded $3.35 million in damages to Archie Roundtree, a former JROTC instructor in L.A. Unified.

This month, however, Roundtree, 57, received a measure of vindication regarding the events that ended his career.

After a three-week trial, a Superior Court jury found that Loera had targeted Roundtree for blowing the whistle on problems with the Air Force Junior Reserve Officer Training Corps program at Polytechnic. Loera was the school principal at the time.

The verdict was $3.35 million in damages, including more than $1 million for Loera's conduct.

L.A. Unified has denied that Loera or anyone else did anything improper and may appeal.

The lawsuit arises from events that occurred three years ago, when Roundtree headed the JROTC at the San Fernando Valley campus. Loera had hired Roundtree in 2009, after the retired Air Force major left an Apple Valley school that had discontinued the program.

Roundtree said he taught students about drill and military ceremonies, the history and structure of the Air Force as well as government systems and the Constitution and Bill of Rights. He also taught ethics, fitness, ways to deal with stress and good conduct.

In the fall of 2011, Roundtree met with Loera to discuss the instructor's concern that the schedule allowed for only an introductory JROTC class, which he felt was not enough to build a program. He said he also believed Poly was not complying with two key rules.

For one, Poly failed to enroll at least 100 students for two full quarters. And too few students chose to be in JROTC; rather, they had been assigned involuntarily to the class, according to testimony.

Roundtree wrote a request to the Air Force that Loera signed, asking for Poly to offer the program temporarily with fewer than 100 voluntary cadets. And the letter talked of these students being enrolled for two quarters. The Air Force approved it, according to court documents.

I respect the jury verdict, but that cannot replace what was taken from me. - Archie Roundtree, former L.A. Unified teacher

But Roundtree reported that Loera did not abide by the commitment. The teacher also later raised concerns about the school's other JROTC instructor teaching geometry. The Air Force paid half the cost of its instructors and expected them to teach only JROTC, he said.

Scheduling more JROTC courses was challenging because they no longer counted toward a student's physical education requirement. The school system also was focusing more intensively on English and math.

Loera complained to the Air Force about Roundtree, accusing him of undermining the program to force a transfer to another school. He also directed an assistant principal to compile student complaints, which, Loera testified, first surfaced without his prompting. Within L.A. Unified, Loera was regarded as a JROTC supporter, sometimes serving as the district's designated expert on the subject.

Loera, 41, did not respond to requests for an interview.

In a statement, L.A. Unified said that "each of the administrators' actions were taken with the students' interests at heart and were not done in retaliation against Major Roundtree."

In court documents and at trial, Roundtree's attorney, Renuka V. Jain, raised several issues with Loera's conduct. She offered evidence that Roundtree learned that a case was being made against him only after the military had already taken steps that led to his "decertification" as a JROTC instructor. That action can't be appealed.

Moreover, under the teachers contract, Jain said, Roundtree should have had a chance to address all of the accusations against him.

At trial, witnesses from the Air Force, relying on information from L.A. Unified, sided with the school district. The Air Force has declined to comment.

The jury, on Dec. 16, found that Roundtree proved that district employees retaliated for his report of a violation of a federal law or regulation. It also found that Loera and two other administrators made "one or more defamatory and untrue statements" with the intent to harm Roundtree.

Loera had never been under an obligation to keep Roundtree at Poly, but his actions against him ultimately prevented the instructor from teaching ROTC at any campus after he finished the school year at Poly, Jain said.

The district's share of damages owed was more than $1.8 million. Loera was assessed $1 million, and assistant principal Adriana Maldonado-Gomez, $500,000. The district said it will pay these costs because the administrators acted within the scope of their duties.

"I respect the jury verdict, but that cannot replace what was taken from me," said Roundtree, who returned to Apple Valley and works as a part-time driving instructor and substitute teacher.