Audio from this story: 0:48 Listen 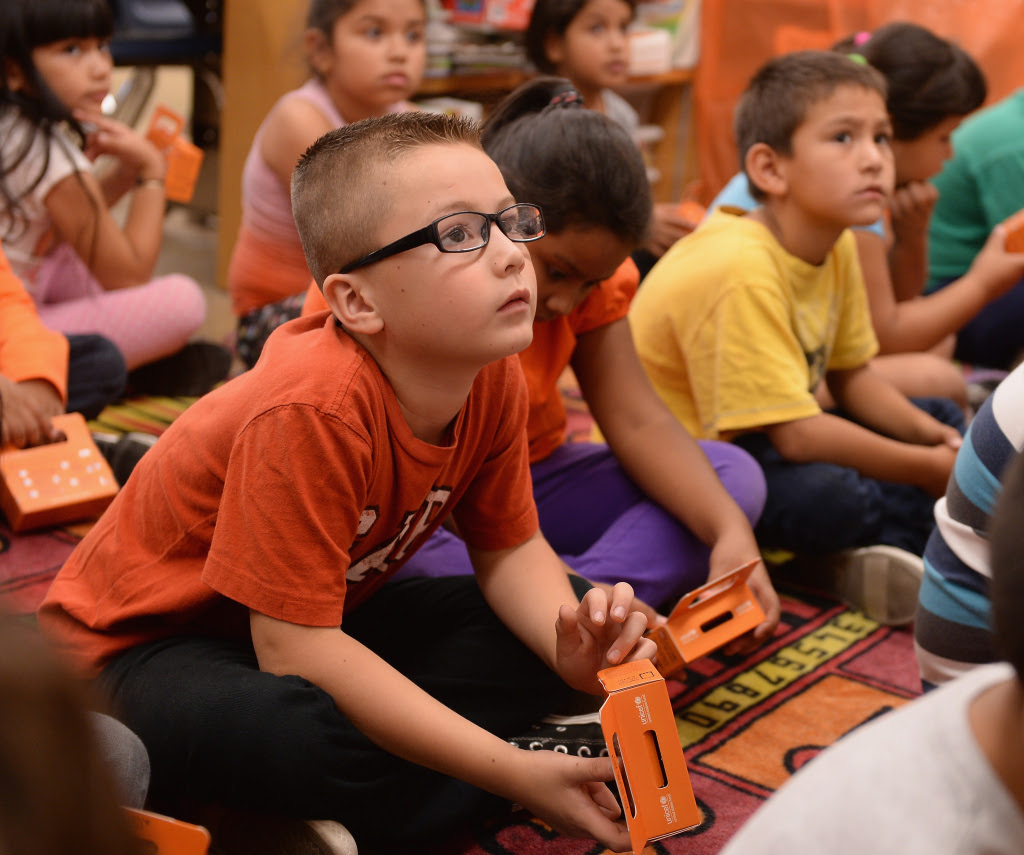 "Districts are not laying out plans and budgets that convincingly show that the kids who brought in the money are the kids who are getting the money," said Carrie Hahnel, director of research and policy analysis for the organization.

The new funding formula drew in an additional $137 million for high-need students in the Los Angeles Unified School District, the state's largest district. KPCC reported some local parents and activists opposed former Superintendent John Deasy proposal to invest part of the funds in school police, custodians and IT support for the district's controversial iPad program.

The recession continues to impact California's classrooms. School administrators complain basic school services cut during the lean years have not been restored. The Center for Budget and Policy Priorities, a research group that advocates for low-income families, calculated per-pupil spending in California last school year trailed pre-recession numbers by 17 percent.

But many of these plans are not connected to a district's overall budget, making it difficult to track if money earmarked for high-need students is being used to plug budget gaps, Hahnel said.

"If we aren't seeing more services, then it tells us that the dollars are being moved around in a creative way, potentially being used to fund pension obligations or rising staffing costs," she said.  Hahnel suggested school administrators connect plans and budgets for greater funding transparency.

The report also recommended improving enforcement at county offices of education, which must approve district plans for high-need students.

"Many counties worked closely with their districts to strengthen their [plans]," according to the report. "However, some other counties provided little feedback and approved plans with noticeable errors."

The Los Angeles County Office of Education questioned Deasy's plan as critics pointed out that the district used more half of the money for the high-need students to shore up rising special education costs.

"What really matters is whether high-need students are achieving better results," according the report.

I’m not sure what’s going on at KPCC (besides year-end fundraising) but this online article is substantially different from the as-broadcast radio version.