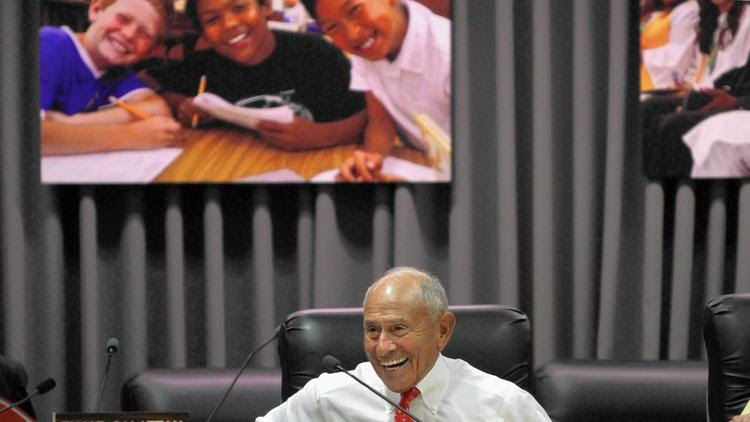 Dec 30, 2014  ::  Scandals, screw-ups and secret deals made 2014 a tumultuous year for some of the region's most important institutions. But those stumbles may pay dividends in 2015 because they sparked improvements: leadership changes, new rules and court decrees aimed at providing more oversight and better scrutiny.

The Los Angeles City Fire Department now seems to have a reform-minded chief who wants to upgrade technology — so we can get an honest look at how long it takes crews to reach emergencies — and overhaul hiring practices that long have favored the friends and family of current employees. 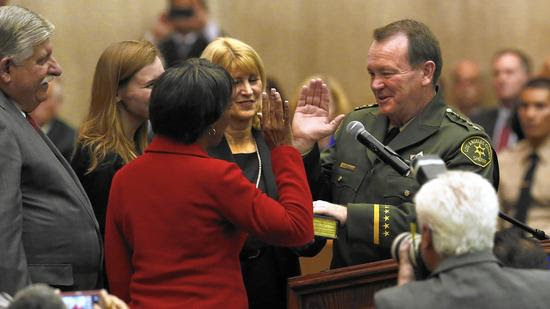 Hiring in the county Fire Department is due for a makeover too. Outside monitors were asked this fall to oversee the process after a Times investigation found evidence that firefighters' sons had an unfair advantage.

The Los Angeles County Sheriff's Department also got a new leader this year, with Lee Baca being nudged into retirement amid a federal corruption probe and a scathing report on brutality against inmates by jail deputies. New Sheriff Jim McDonnell — the first outsider to hold the post in 100 years — says he doesn't mind a civilian commission looking over his shoulder as he weeds out problem deputies and reorganizes the department.

The Los Angeles Police Department didn't get a new chief, but it did get a lot of unflattering scrutiny this year — including Times accounts of inaccurate reporting of crime stats, uneven discipline of officers accused of misconduct, and tension between cops and residents in some neighborhoods. This month, Mayor Eric Garcetti announced a plan to help rebuild community trust by outfitting patrol officers with body cameras.

Those public safety changes make me think we'll be moving in the right direction next year. But when it comes to education, I feel a bit worried. In the beleaguered Los Angeles Unified School District, the events of 2014 were just as dramatic, but their impact is less clear.

It's easy to tally winners and losers in the district if politics is your guide. The teachers' union won, and former Supt. John Deasy lost. That's a blow to charter schools and corporate-driven reforms — and a reminder to school board members that they'd better toe the party line.

It's harder if the well-being of students is your measuring stick. Children tend to get short-changed when grown-ups battle over power and politics. The students are bound to suffer if district leaders don't find a way to build on the good accomplished during Deasy's watch.

His legacy, after all, is bigger than a botched iPad project. Deasy's focus on achievement, particularly for low-income children, helped advance a student-centric agenda that got a boost from two court decisions.

In June, a judge struck down the state's teacher tenure system, ruling that it harmed students by protecting incompetent instructors. In October, another judge ordered state officials to intervene when L.A. Unified failed to rescue high school students locked out of classes for months by a computer boondoggle.

Interim Supt. Ramon Cortines is savvy enough to recognize that. He seems to have the will and wisdom to push the district forward — but does he have the stamina and courage to battle institutional inertia?

The lion's share of the columns I've written this year were related to education. I think that's one of the most important services our government provides. Done right, education prepares, encourages and inspires.

And despite the shortcomings of school districts, teachers, principals and parents are doing things right in classrooms and homes all across Los Angeles. The same is true of the region's firefighters and law enforcement officers, who routinely conduct themselves with valor and compassion.

Reporters focus our coverage on the problems of government and its institutions, as we should. But we need to appreciate as well the unsung heroes on our streets and in our schools who are just doing their jobs.

Like LAPD Sgt. Tami Baumann, who befriends the homeless and down-and-outers she encounters in South Los Angeles, even tending their pets and staying in touch with far-flung families. And Fremont High teacher Kenia Gomez, who spends her own money and most of her free time helping students cram each year for the Academic Decathlon.

I interviewed both of them this year, although neither thought what they'd done was extraordinary. Baumann ticked off a half-dozen names of local folks who'd helped her care for a homeless man whose death I wrote about last spring. Gomez gave credit to her students, her principal, other teachers, the parents of her kids.

So here's hoping we all find something to feel good about in 2015. I'm just going with that.