The glitch shut down LAUSD’s grading system at 11:59 a.m. Thursday, as middle and high school teachers attempted to input marks due Friday evening for report cards.

LAUSD’s technology department fixed the problem Friday morning, spokesman Thomas Waldman said in a written statement, adding “roughly 88% of all final grades had already been verified” as of 9 a.m.

But campus-based educators who spoke on the condition of anonymity said while the system was available again Friday afternoon, it was “off and on.”

The glitch became apparent to educators who had just finished grading finals and were entering the marks to meet a Friday morning deadline set by administrators at some campuses. An emergency faculty meeting was held at at least one high school to address the issue along with a series of emails, as confused teachers tried to figure out why they couldn’t file grades and print mandatory rosters to verify accuracy.

In November, a widespread failure forced the district to delay report cards for elementary school students just days before report cards were set to be issued and after conferences with parents had already been scheduled. The district reverted to old-fashioned paper forms, both posting them online for educators to print and mailing hard copies to campuses.

The latest glitch comes as LAUSD scrambles to ensure students are placed in the proper classrooms when they return from winter break in January.

Schools opened to chaos in August, when the system launched, placing pupils in the wrong classes and stranding them in auditoriums as educators dusted off paper forms in an effort to provide course schedules.

The disruptions cost LAUSD $3.64 million in extra pay for educators and clerical staff who worked trying to put the school year back on track, according to LAUSD financial documents released Friday detailing costs through November.

An additional $1.05 million has been spent on rehiring counselors, dispatching staff stationed in central offices and other emergency fixes undertaken as part of efforts to salvage the school year.

While LAUSD has yet to estimate a total price tag for MiSiS and unexpected fixes, the original budget of about $25 million threatens to quadruple to $100 million or more, according to district sources familiar with ongoing efforts to estimate costs for the system. Those sources were not authorized to speak publicly. 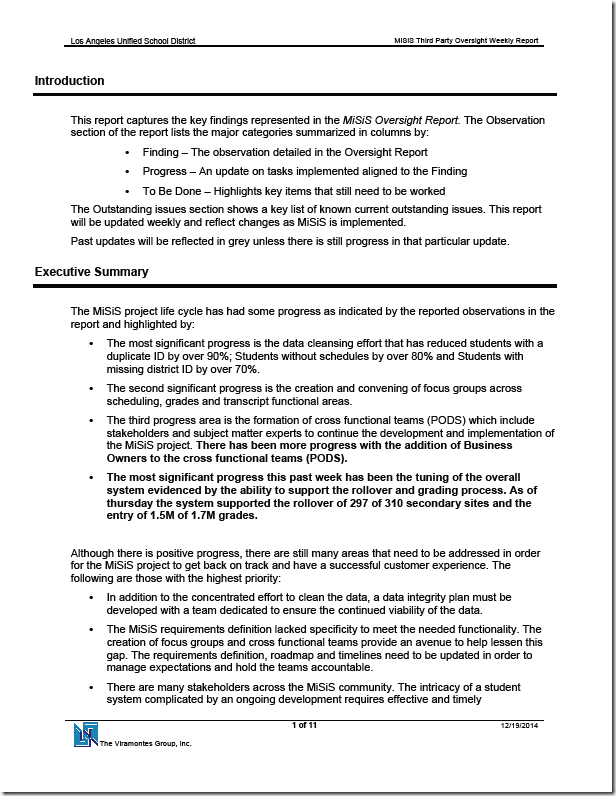 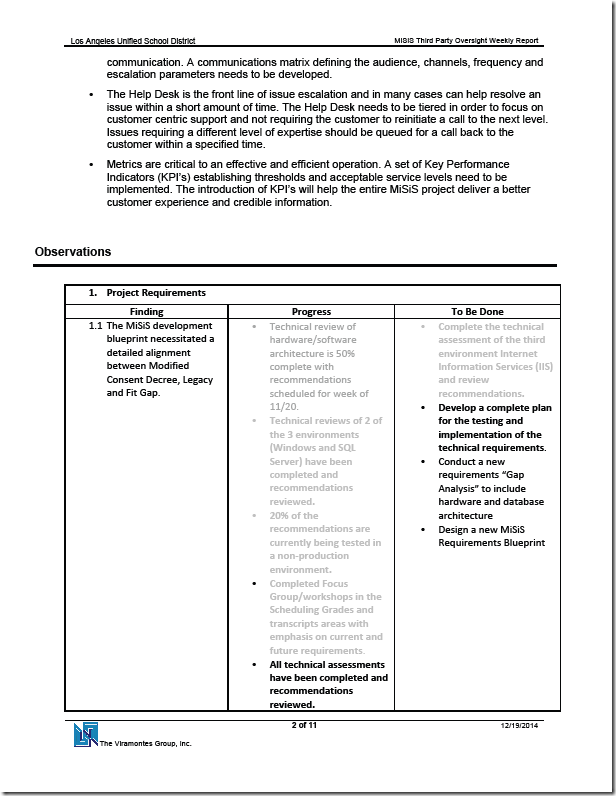 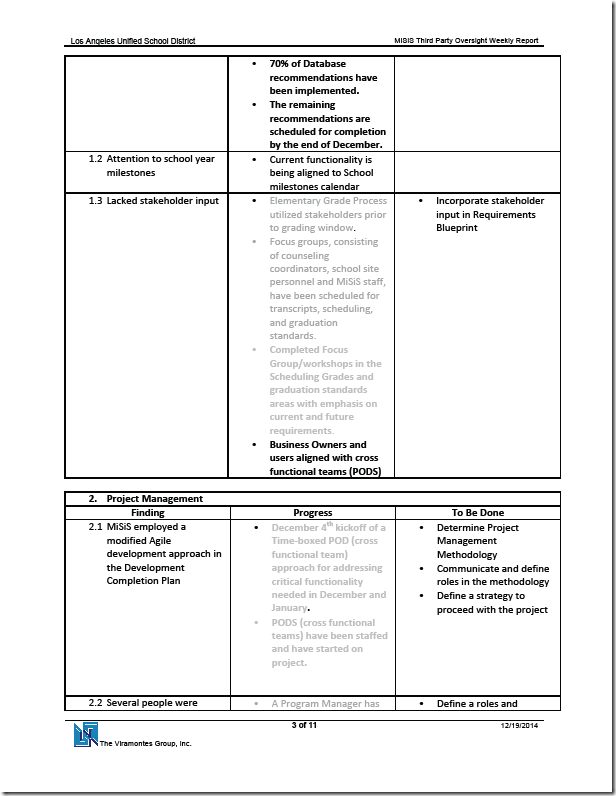 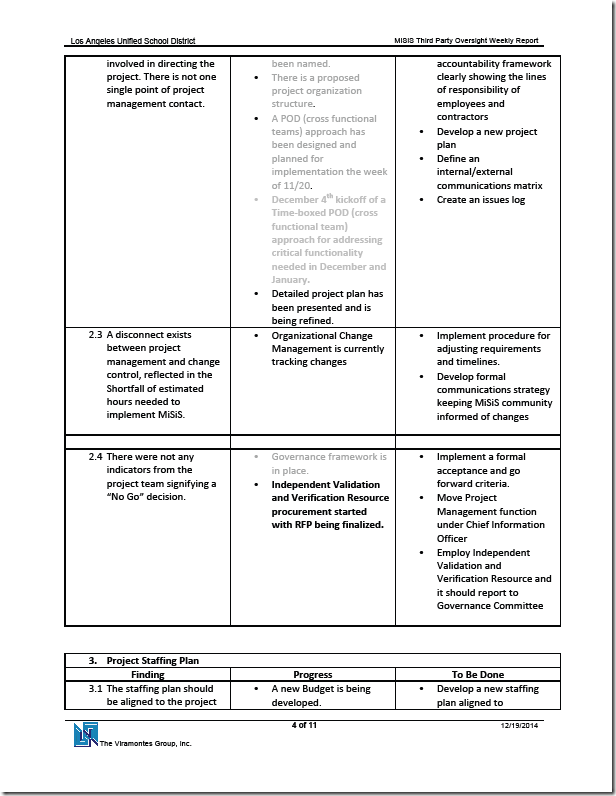 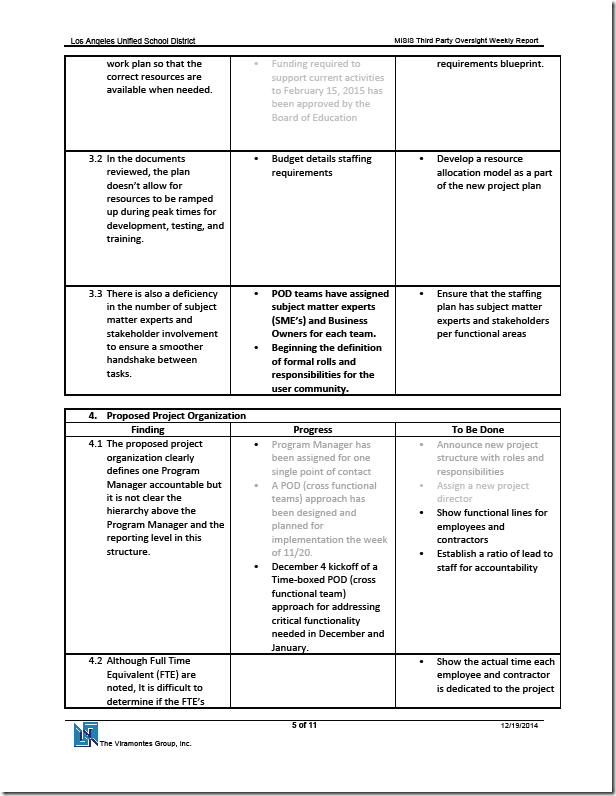 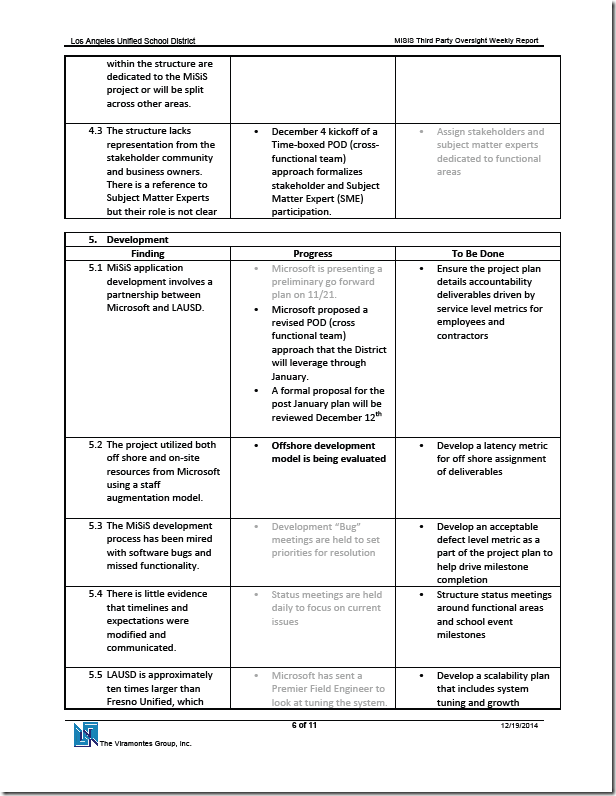 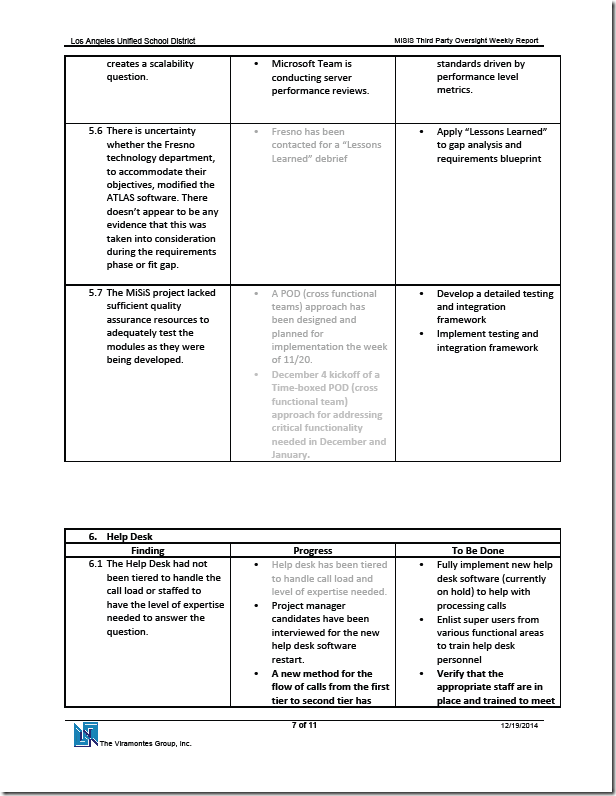 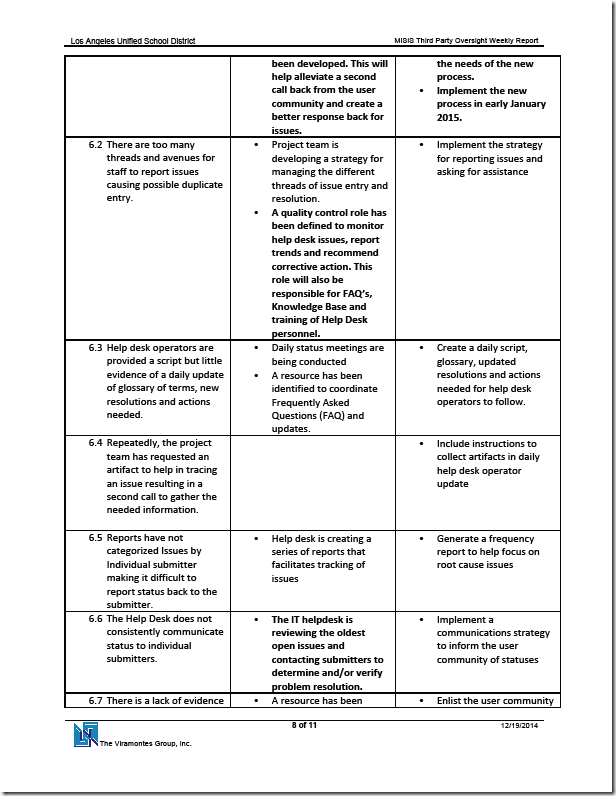 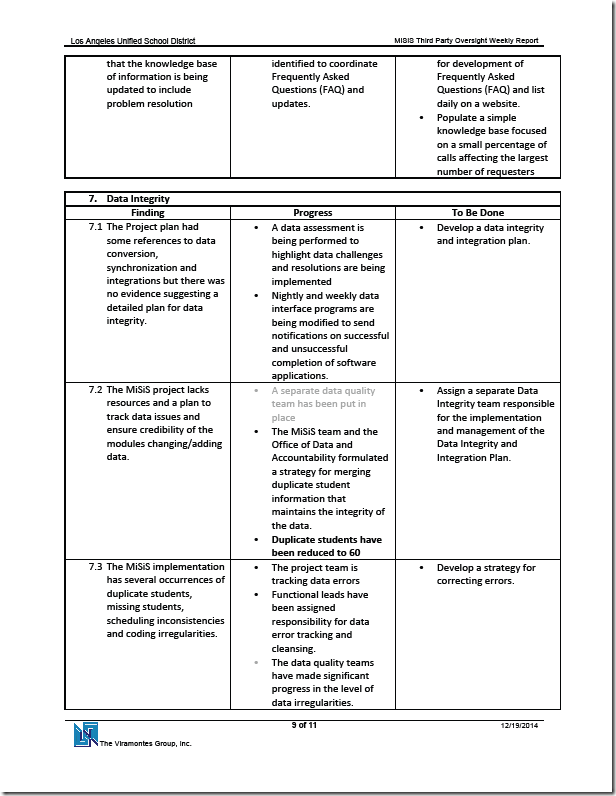 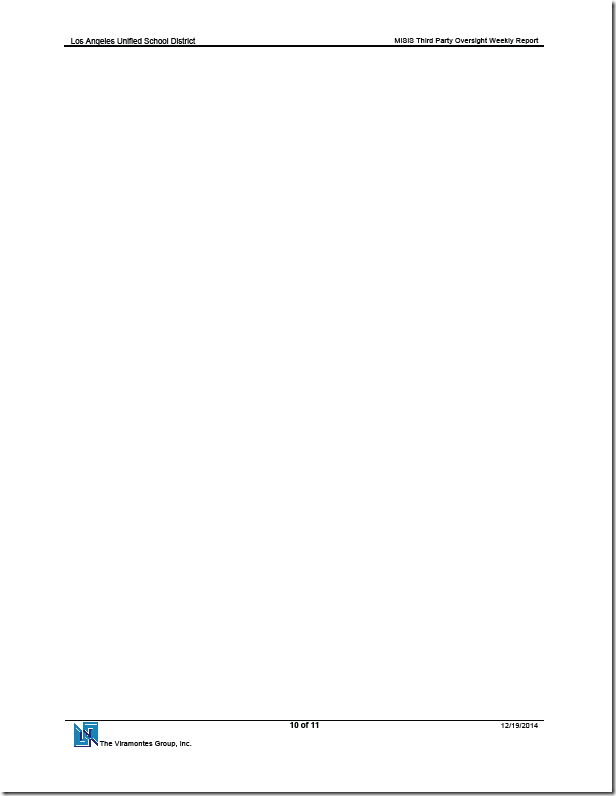 <This is my favorite page. 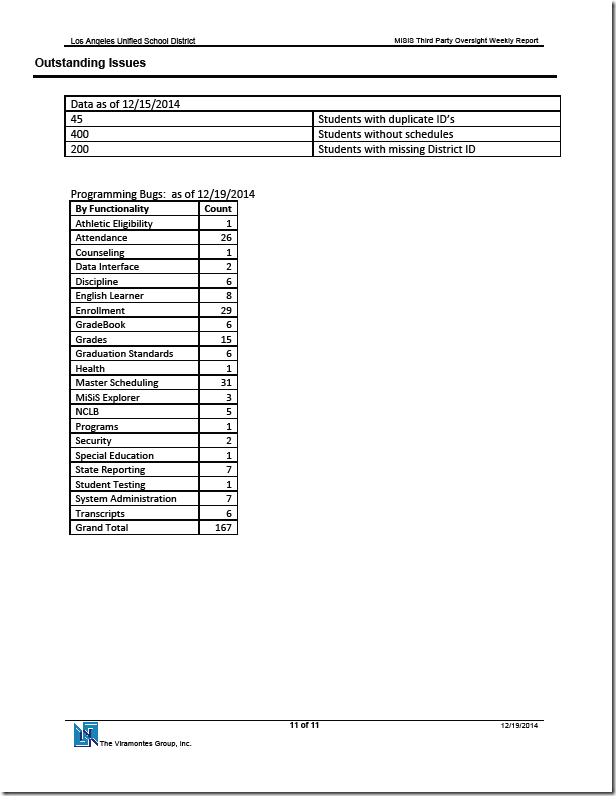