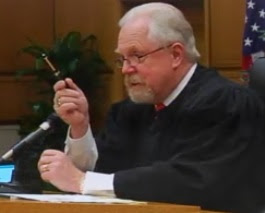 July 17, 2014 |State Superintendent of Public Instruction candidate Marshall Tuck this week launched a petition calling on his opponent, incumbent Superintendent Tom Torlakson, not to appeal a lawsuit ruling that struck down statutes giving California teachers firing protections and rights to tenure and seniority. The move indicates Tuck views the decision in Vergara v. California as an election issue that can work in his favor.

Tuck, a former charter school executive from Los Angeles, is, like Torlakson, a Democrat.

To State Superintendent Tom Torlakson: The five laws that were struck down in Vergara v. California regarding teacher tenure, dismissal, and layoffs have made it nearly impossible to fire ineffective teachers. Instead of defending these laws, I urge you, as the defendant in this case, not to appeal this ruling. Let’s use this as an opportunity to make sure our schools are finally able to put an effective teacher in every classroom.– YOUR NAME

Torlakson, along with Gov. Jerry Brown and the State Board of Education, are named as defendants in the lawsuit brought by the organization Students Matter on behalf of nine student plaintiffs in 2012. In June, Los Angeles County Superior Court Judge Rolf Treu issued a tentative ruling that the five labor protection laws denied minority students their constitutional right to an equal opportunity for an education.

In a statement after Treu’s June 10 ruling, Torlakson said, “Teachers are not the problem in our schools, they are the solution.” And he said Treu’s decision could “inadvertently” complicate the task of attracting and retaining good teachers. But neither he nor Brown has directly commented on whether they would appeal Treu’s decision, although the California Teachers Association, which is also is a co-defendant, already has said it would appeal the ruling.

Brown did not mention the Vergara decision in remarks at the national convention of the American Federation of Teachers in Los Angeles last week, prompting his Republican opponent for governor, Neel Kashkari, to hold a press conference outside the convention hall in which he also called on Brown not to appeal Vergara.

There’s no rush for Torlakson or Brown. Treu has indicated he would take an extra month, through mid-August, to finish writing a permanent ruling on the case, which could differ from the tentative decision. Torlakson, Brown and the state would then have an additional 60 days to decide whether to  appeal.

Tuck’s petition appears on his campaign website. Those who sign it are also asked to  provide the campaign with their email address.

Paul Hefner, a spokesman for the Torlakson campaign, called the petition drive a “political stunt” and a way “to grab headlines.”

“Superintendent Torlakson is focused on the job voters elected him to do – working with teachers, parents and school officials to improve California’s schools,” Hefner wrote in an email.

Marshall Tuck is the candidate of the charter school community and ®eform, Inc. The Vergera Lawsuit is their campaign platform, blessed by a single judge in a single courtroom (supported by a Silicon Valley almost-a-billionaire, Superintendent Deasy and the California Charter School Association)  …with the Court of Appeals and the State Supreme Court to follow. Superintendent of Public Instruction Torlakson is a named defendant in the Vergara trial - to expect him to change his position (which is rooted in state law he has pledged to defend) based on a single preliminary trial court ruling and an online petition is to expect political reality to be suspended and enlightened education reform policy to be delivered like a flaming pie by the Lucky Charms Leprechaun.