An appeal for support from Dr. McKenna

4LAKids is not political organization. While I plead guilty to the practice of politics, no one could ever allege organization!

Even when I have been a candidate myself I have not appealed for funds on these pages.  But the political fundraising and spending being done by – and on behalf of – Dr. McKenna’s opponent is horrific. And the negative campaigning being done by the other side, the mistruths told, the political hardball played, the censorship and the papering of the district with mailers, fliers and signs is frightening.

This is an election that hopefully will not be bought+paid for – and 4LAKids pleads for every voter to vote early and often …but some money is needed to finish up the campaign and finish off the opposition!

If you can give something, please do.

The sad truth is that not a lot of people are going to vote in this election; it will be decided by fewer still. If you can vote, vote. If you can’t vote reach out to those who can. We are the few that Margaret Mead said change the world - each and every one of us by engaging a few more.

August 12th is election day in the First District …and it’s the first day of school throughout LAUSD.

We can change the direction of the future, away from the negative blame+shame the teachers and towards a positive outcome for all children.

Luck has nothing to do with it - but luckily outvoting them is the only thing that matters! 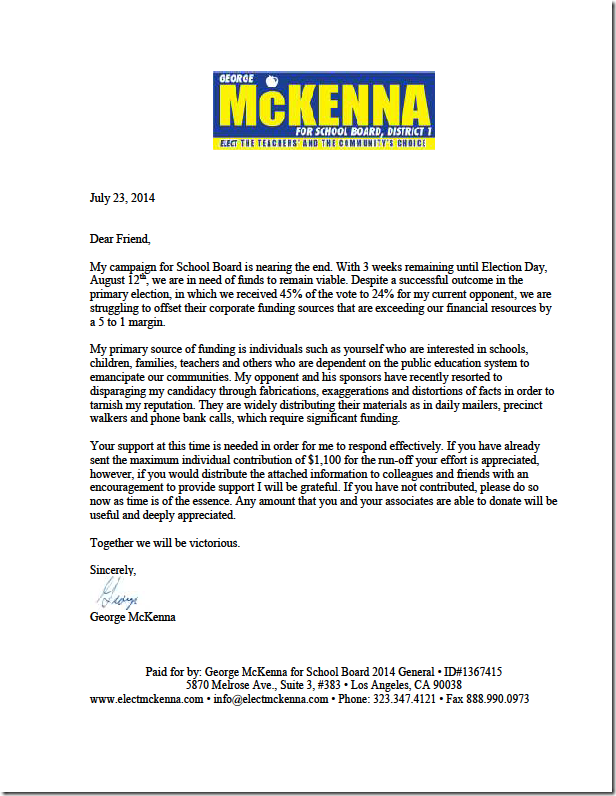 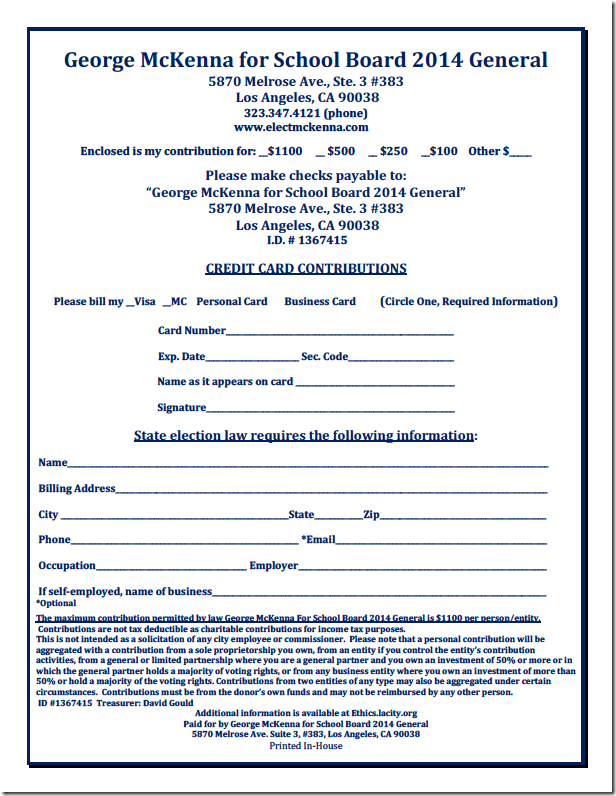