Dr. Deasy explains it all for you: RECOMMENDATION TO INCLUDE A STUDENT MEMBER ON THE LAUSD BOARD OF EDUCATION + 2¢ here + 2¢ there

Board Informative from the Superintendent

A Beaudry insider (name withheld to protect the innocent) opines: “Wowzer! Talk about bureaucratizing, politicizing and monetizing a molehill”. 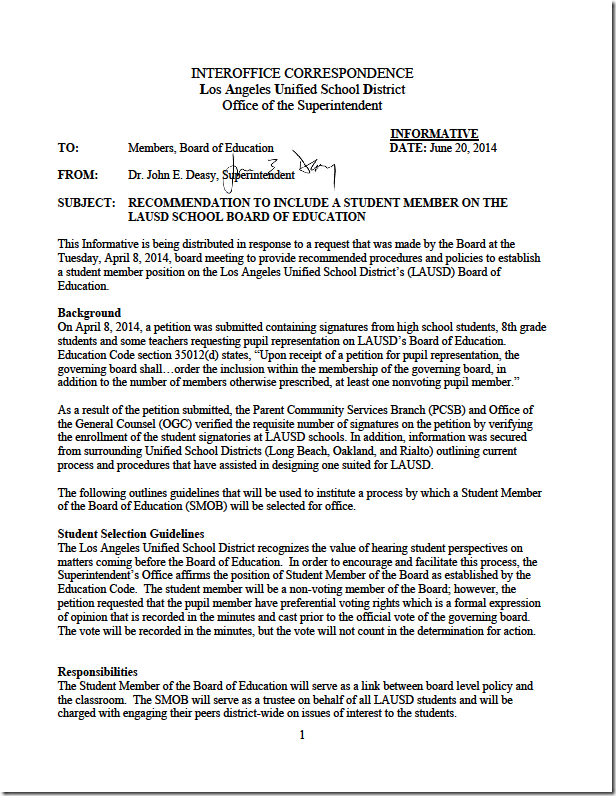 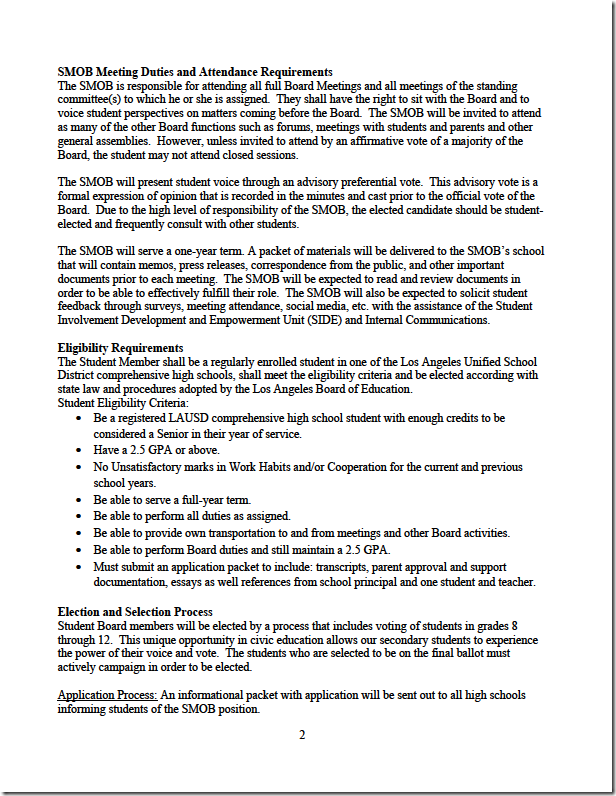 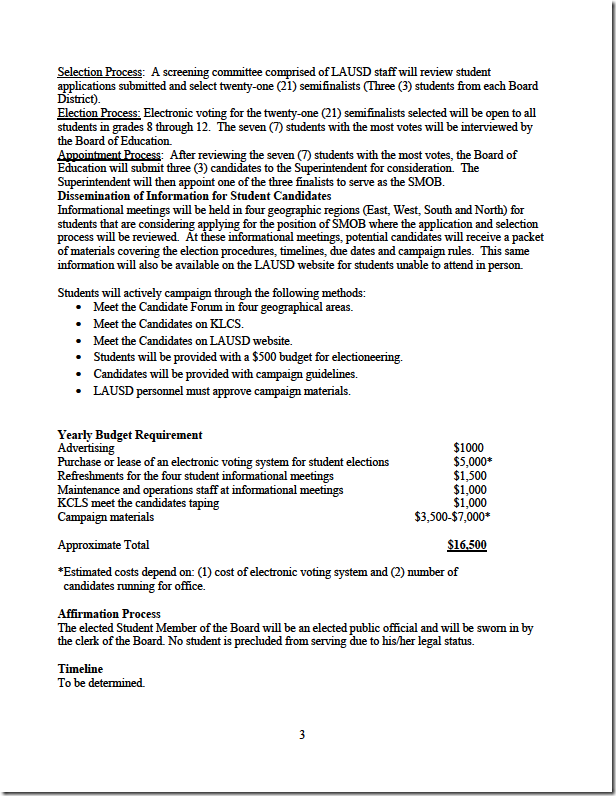 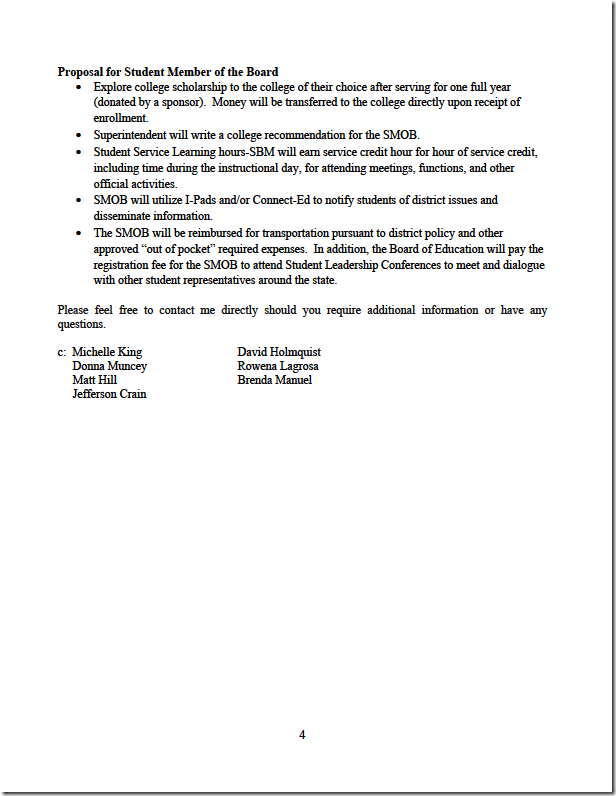 Oakland is a “surrounding” district to LAUSD?  Is this confusion semantic or geographic?

I love the fact that there are only two anti-democratic steps involved after the democratic election by students!  And you-know-who gets the ultimate say after the board decides. Who TF (as Mayor Eric would say) reports to whom here?


Don't get me started about two years with no Unsatisfactory in work habits or cooperation. I'd feel much better with a student rep who pissed-off at least one teacher in two years

I am surprised Herr Deasy did not want the angry young lad or lass who caused consternation in class. He is so anti- teacher and prone to stereotyping it would be easy to exploit an adolescent's natural need ti rebel as an excuse for firing yet mire teachers who he is rapidly replacing with interns who are nit much older than seniors in high school . I agree with you though. The kid who can cause problems at school and still be bold enough to cast his himself as a honorary boe member gets my vote, which is no longer worth much since the plutocrats bought out Democracy.