News Analysis: WILL TENURE RULING SHOW UP IN CLASS + smf’s 2¢ 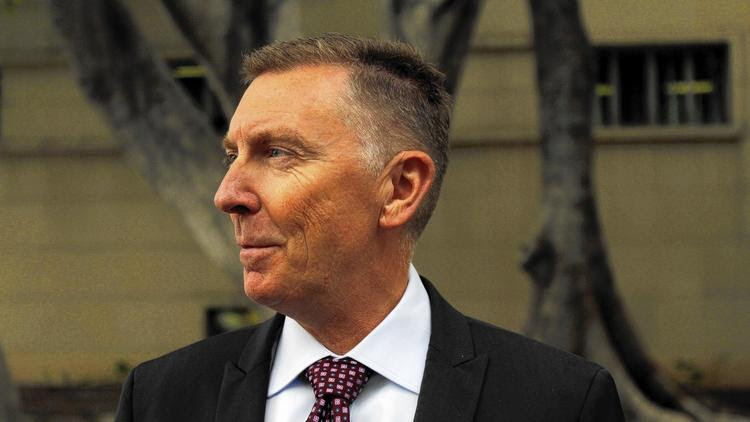 A Superior Court judge has given L.A. schools Supt. John Deasy what state lawmakers have denied him: more authority over who is hired and fired. (Francine Orr / Los Angeles Times)

June 11, 2014, 10:08 PM  ::  When the Los Angeles school district was rocked by the largest abuse scandal in its history two years ago, Supt. John Deasy wanted one thing from the Legislature: the ability to quickly fire offending teachers.

He didn't get it from lawmakers. He got it this week from an L.A. County Superior Court judge who ruled that school districts should have more authority over who they hire and fire.

With this authority, the superintendent said: "We can rectify a catastrophe."

Now, the question is: Will this victory pay off in the classroom?

Across the country, states have wrestled with various strategies to recruit and retain the best and quickly remove the worst teachers.

There's been a big national experiment taking place. There's no evidence yet that these changes have had a beneficial effect.- Jesse Rothstein, associate professor of public policy at UC Berkeley

"There's been a big national experiment taking place," said Jesse Rothstein, an associate professor of public policy at UC Berkeley who testified for the state and its largest teacher unions, which lost the suit. "There's no evidence yet that these changes have had a beneficial effect."

If the ruling stands, the challenge for California will be to craft a system that offers stability to teachers but also gives districts the ability to manage their workforce so that the best teachers reach the students who need them most.

Over the last decade, a vision of education reform has exploded across the country. Wealthy philanthropists and foundations have influenced laws and policies around giving parents more school choices, measuring student achievement and teacher quality with test scores and promoting technology in the classroom.

They've also singled out teacher unions as a major impediment to improving schools and set their sights on diminishing their influence as well as limiting the individual rights of teachers.The litigation, Vergara vs. California, responded to the reality of state politics: Teacher unions are among the most powerful forces; legislation to limit teacher rights has scant chance of becoming law.

In 2005, then-Gov. Arnold Schwarzenegger asked voters to require that teachers work five years instead of two for the security of tenure.

Voters sided with unions, rejecting that ballot measure as well as another that would have weakened organized labor.

Unions solidified their influence with the return of Jerry Brown to the governor's office and the growing dominance of a closely allied Democratic Party.

Philanthropists were divided over how to push reforms that were advancing in other states. They funded political candidates, think tanks and research; they lobbied in Sacramento.

A contingent decided to go to court; others scoffed at the idea that standard labor laws could be deemed unconstitutional.

The ones that opted for litigation organized under the banner of Students Matter, a Silicon Valley group founded by tech entrepreneur Dave Welch.

In his ruling this week, Judge Rolf M. Treu threw out the state's tenure process. He stripped teachers of rules that made dismissing them more difficult and expensive. And he eliminated rules making seniority the primary factor in deciding which teachers to lay off.

In justifying his decision, Treu cited testimony that 1% to 3% of teachers in California are grossly ineffective. (Deasy said there are 350 teachers he wishes he could dismiss immediately.) And the judge echoed advocates in asserting that the state is out of step with changes that would make schools better.

Even states that have adopted sweeping changes are using vastly different approaches. When it comes to receiving tenure, for example, 32 states have a three-year period; nine states have four or five years. And four states have no tenure system at all, according to the ruling.

Additionally, states have adopted sharply different strategies for layoffs when they become necessary. Twenty states, the judge said, allow seniority to be considered among other factors; 19 (including the District of Columbia) leave the layoff process to local school districts; two prohibit considering seniority at all. Meanwhile, 10 states, including California, establish seniority as the sole or primary factor.

Treu's data came from a Washington advocacy group, the National Council on Teacher Quality, which applauded his ruling.

California's apparent isolation is a recent development. In 2011, for example, only 11 states required teacher performance to be a factor in layoff decisions; 18 do today, still well short of a majority, according to the group's research. In 2007, no state mandated that student test scores be linked to teacher evaluation for tenure decisions; 20 do so today.

In the past, when it came to granting tenure, "states would look very similar to each other," said Eric Lerum, vice president of policy for StudentsFirst, a Sacramento group that has sought to counter the influence of teacher unions in state legislatures. "Most importantly, states would not have linked tenure to effectiveness in the classroom."

How to measure effectiveness, especially by using student test scores, is an intensely debated topic.

Some states say their schools have improved after limiting job protections for teachers and other strategies. Officials in Tennessee, for instance, assert that their efforts have moved students from low scores on standardized tests closer to average.

Others, however, point to Massachusetts, a national leader in student achievement that has had strong unions.

Some critics of the ruling said California deserves credit for pursuing its own strategies and refusing to go along with unproven or even wrong-headed reforms.

The state's disparate path on education has included a new funding formula to provide more resources to poor and minority students. California also has joined most other states in embracing new learning goals called the Common Core.

The focus on teacher rights was making much slower headway in California until Treu sided unreservedly with advocates.

Treu delivered the first-ever judicial determination that key job protections — which teachers fought decades to achieve — are bad for students, and therefore unconstitutional, at least in California.

Similar litigation could spread to other states. A spokesman for Students Matter listed New Mexico, Oregon, Minnesota, Connecticut, New Jersey and New York as states where the Vergara arguments could target some aspects of state law.

"There are various states and districts all over the country that share some of the same types of policies and laws challenged in this lawsuit," said Students Matter spokesman Manny Rivera.

The Vergara case, he said, "provides a road map.... We expect others will follow it."

smf:  Before I unload on Howard Bloom and this article, let me first unload upon the Los Angeles Times.

I generally read The Times at oh-dark-thirty in the AM on my Kindle with only a hot cup of French Roast separating me from my slumbers.  And yes, I read the news before I check my email. Later when I’m harvesting content for this blog  I pull the content off the Times website. At that time I almost always notice that the headlines and sidebar content – and often the photos – in the two different editions differ. Greatly. As any reporter will tell you, they and their editors have no control over headline copy – Headline writers do that – and they are a breed despised by the ink stained wretches who actually write copy. I don’t know if The Times has different headline writers for different editions or just a single bi-polar one.

The headline I used above is from the Kindle edition – because it is succinct and because it labeled the article as News Analysis – which is exactly what it is!

The Times’ online version of the same article has the head: Schools' next test is getting tenure ruling to pay off in class – with no reference whatsoever as to whether the article is reportage or analysis - and that is simply sloppy newspaper work.

Out of curiosity I checked out the electronic facsimile of the print edition, the head there – Page One/Column One is:News Analysis: Will tenure ruling show up in class?

I am a big boy and understand that Twitterfeeds and often newspaper hosted blog posts are raw news and not vetted by editors or fact checked into reality. As such they possess no more truthiness than my harebrained (or others FoxNews-ed)  opinions/first impressions/whatever. However I have an expectation of higher standards from the professionals.  Maybe that’s my mistake.

I think the analysis misses the point – and perhaps the boat and the train – in not questioning Dr. Deasy’s continuing conflation of Bad Teachers with Bad Teachers.

Arnaud Amalric (died 1225) was a Cistercian abbot who took a prominent role in the Albigensian Crusade. He is remembered for allegedly advising a soldier, who was worrying about killing orthodox Catholics along with the heretics during the sack of the Cathar stronghold of Béziers, Caedite eos. Novit enim Dominus qui sunt eius. ("Kill them. For the Lord knows those that are His own.")  This is the origin of the modern phrase, "Kill them all and let God sort them out."  | http://bit.ly/1poUchZ

I have yet to find anyone who wants to keep the perverts in the classroom. Pederasts and their ilk should be in real jail, not teacher jail. If they get out on bail they should be kept away from kids and schools. If they have due process rights – including the right to be presumed innocent until proven guilty – those should be accorded them. And if they are adjudged not guilty – but especially if the prosecutors choose not to go there - and the District still has reasonable doubt   they should never be returned to the classroom. Pay ‘em to go away with a “We’re sorry but that’s the way it is” apology.

If Teachers or administrators or lunch ladies are not meeting or cannot meet the standards of their profession their careers cannot be at the arbitrary whim of the superintendent or any administrator walking the hallway looking to be rid of underperforming or disloyal employees.  Former Mayor Riordan once said to me that the answer was: “Fire five or ten of ‘em and the rest will fall into line.”

Judge Treu’s ruling  - which he immodestly compares to Brown v. Board of Ed - is not prescriptive;  He changes nothing. No injunctions. No court orders.

Dr. Deasy’s statement to the contrary, this verdict does not make it the superintendent’s (or any superintendent’s)  “responsibility and privilege to ensure that L.A. Unified students have highly competent and effective teachers in their classrooms”. The judge specifically calls on the legislature to fix the problems he’s identified.  4LAKids agrees: If it needs tweaking, tweak it.

But unlike Oliver Twist, Dr. Deasy doesn’t just want “more”.  Like Billy Idol he wants “More …more, …more”  Somebody has to say: “No!”