Hiltzik: WHY THAT RULING AGAINST TEACHER TENURE WON’T HELP YOUR SCHOOLCHILDREN ANY MORE THAN DEASY’S iPADS

Who's behind the teacher tenure verdict? Millionaires. Think they have your kids' interests at heart?

by Michael Hiltzik in the LOS ANGELES TIMES | http://lat.ms/Uws2VK 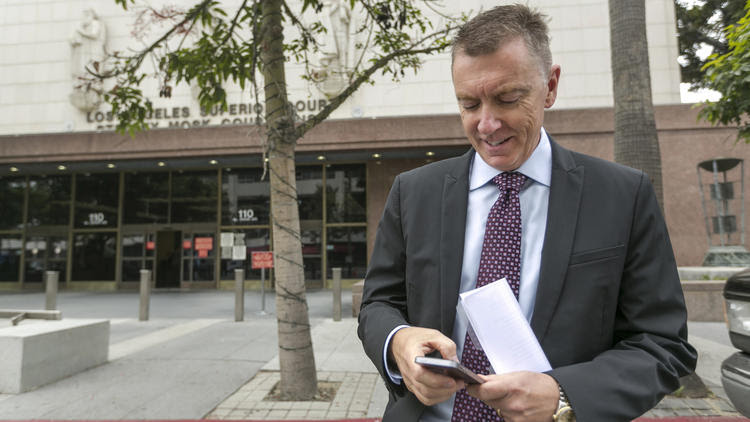 What's curious about this is that they seem to have a unanimous view about the reason California schools are supposedly so bad: It's the teachers unions.

Not the imbalance of financial resources between rich districts and poor. Not the social pathologies--poverty, joblessness, racial discrimination, violence--that affect educational attainment in disadvantaged communities.

Students Matter has done nothing that will put a needed book or computer in a school.- David B. Cohen, on the group that sponsored the Vergara lawsuit

Not California's rank at the very bottom of all states in its per-pupil expenditures, at $8,342 (in 2011), according to the quality index published by EducationWeek. That's 30% below the national average of $11,864, reflecting the consistent shortchanging of the K-12 system by the state.

But California ranks much higher compared with other states in measures of teacher incentives and working conditions, so clearly those are the factors that need to be changed.

To Judge Treu and the plutocrats who funded Vergara v. California, the lawsuit on which he ruled, what's "unconstitutional" about California's school system is that teachers have too much due-process protection from being fired.

Observes David B. Cohen, a schoolteacher and associate director of Accomplished California Teachers, an education advocacy group associated with Stanford University, one should be "suspicious of wealthy and powerful individuals and groups whose advocacy for children leads to 'reforms' that won’t cost a cent, but will weaken labor."

That's a good description of Students Matter, the organization that has financed the Vergara lawsuit. It isn't surprising that the animating force behind Students Matter is David Welch, a resident of one of the leafier enclaves of Silicon Valley, who hasinvestments in charter schools and educational technology, both of which trends are questioned by, yes, teacher unions.

"Students Matter has done nothing that will put a needed book or computer in a school," Cohen observes. "Not one wifi hotspot. Not one more librarian, nurse, or counselor. Not one more paintbrush or musical instrument. Not one hour of instructional aide support for students or professional development for teachers. They don’t have any apparent interest in the more glaring inadequacies that their considerable wealth and PR savvy could help."

Critics of teacher unions maintain that they're entrenched interests that block needed reforms. But they don't have anything like the deadening effect on education of the fans of ventures like Students Matter and the Vergara lawsuit. Here's U.S. Education Secretary Arne Duncan, hailing the verdict:

"The students who brought this lawsuit are, unfortunately, just nine out of millions of young people in America who are disadvantaged by laws, practices and systems that fail to identify and support our best teachers and match them with our neediest students." He adds, "For students in California and every other state, equal opportunities for learning must include the equal opportunity to be taught by a great teacher."

As education expert Diane Ravitch remarked, in revulsion, "Not a word about the real causes of unequal opportunity: poverty and segregation."

By some reckonings, the biggest threat to real progress in our schools is Arne Duncan. The education secretary has bought hook, line and sinker the argument that the key to pedagogical competitiveness for America is to equip every child with a laptop or tablet.

As we've pointed out before, this is a policy that benefits no one but the shareholders of Apple Inc. The company has stood foursquare with Duncan in his fatuous technology campaign, which is likely to impoverish the neediest school districts by diverting their scarce resources into wasteful hardware while skimping on--here's a surprise!--teachers.

You want an example? Look no further than the Los Angeles Unified School District, where Supt. John Deasy has presided over an unbelievably ill-conceived andwasteful program of buying Apple iPads at inflated prices. See further coverage here, here, and here.

But when the Vergara lawsuit came to trial, guess who was front and center testifying that, oh sure, the big problem at LAUSD was teacher tenure? Supt. John Deasy.

Among the remarkable features of Judge Treu's ruling is the absence of any understanding of how to provide better teachers to students more consistently, or even how to measure quality. He seems to think it's a simple matter of pointing at "bad" teachers and running them out the door.

Treu barely acknowledges the tools administrators commonly use to deal with problem teachers, other than lengthy and costly firing procedures. He glosses over the statistic mentioned in his own courtroom that the number of "grossly ineffective" teachers in California--he doesn't specify how they're defined--amount to 1% to 3% of the total. In absolute terms that may be a big number in a state with 275,000 teachers, but it's hard to see how, even if they are all ineffective and all concentrated in the disadvantaged districts he says he cares about, it rises to the level of a constitutional offense warranting removing job protection for all teachers.

Treu places great faith in a study by a group of Harvard researchers led by Raj Chetty that purported to show that bad teachers produced a lifetime deficit in earning among their pupils, while good teachers pointed them to financial success. But he didn't acknowledge that the Chetty study has come under widespread criticism, not only for its statistical analysis, but for its reliance on test scores as a measure of teacher quality.

And that's the key to all these issues of teacher quality: How do you measure it? Eviscerating the due process protection of teachers on the job won't guarantee quality; it will only give administrators more leeway to harass or promote teachers for any reasons they choose.

What's sad about this lawsuit is that it offers parents who are justly concerned about their children's futures a remedy of pure snake oil. As Cohen pointed out, Treu's ruling won't burden the wallet of David Welch--it might even lighten the strain.

But it will make good teachers harder to recruit and harder to keep. And it will ensure that the real causes of California's educational decline--causes that require money to solve--will go utterly unaddressed. Arne Duncan and John Deasy should be very pleased.