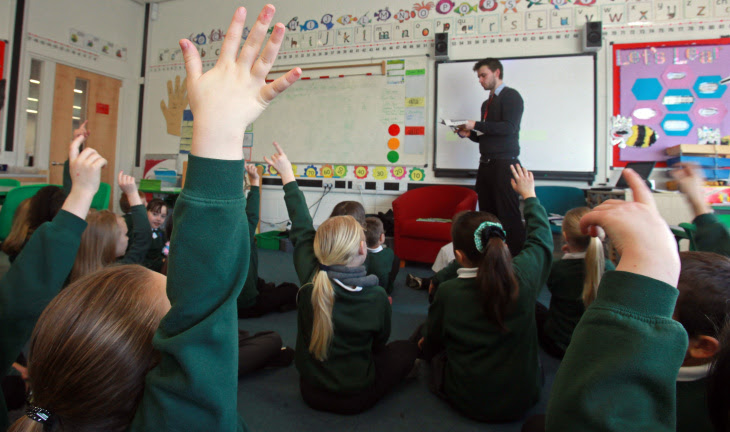 June 17th, 2014, 8:20pm  ::  Despite a smattering of demonstrations and long hours of public comment, Los Angeles Unified Superintendent John Deasy's $7.3 billion budget proposal was almost entirely unchanged by the school board during its Tuesday meeting - the last before a vote.

The biggest debate Tuesday was over $500,000 - less than one percent of the budget - which some board members argued should be used to save the Family Literacy Program, an initiative that boosts the skills of students learning English by teaching it to both them and a parent. The program will suffer cuts, but was saved.

It's restoration had been part of a larger initiative by board member Bennett Kayser to spend an extra $10 million on early education programs next year. His request was shelved.

"The budget is definitely moving in the right direction," board member Steve Zimmer said at Tuesday's meeting, the public's last chance to comment.  The board is scheduled to approve the budget next week.

"Of course we would always like to do more, but that is going to be part of this positive process moving forward," Zimmer said. Deasy's budget was left almost entirely unchanged at the end of the meeting.

Discussion on the budget in the weeks leading up to the meeting was limited. Deasy did not release the full budget until the weekend ahead of Tuesday's meeting, leaving school board members and others scrambling to make sense of the over 200-page document. Administrators did not provide physical copies to the public at the meeting.

The proposal revealed this coming school year the federal government will be giving L.A. Unified an extra $160 million — a figure not disclosed in preliminary budgets, which only outlined money coming from Sacramento.

Until now, advocacy groups, teachers, unions and parents had been debating how to spend an extra $330 million coming from the state. This puts the amount of extra funds closer to half a billion.

The state funds are supposed to go toward helping disadvantaged students, including those just learning English. KPCC reported Deasy's proposals kept spending for English learners at the same level as last year.  After that reporting, Deasy added an extra $5 million to the English learner program, boosting it to $28 million.

Some suggested investing in teachers, nurses, librarians and counselors. Others wanted more money to go to schools in low-income areas and let the principal decide how to spend it. Others complained about $13 million of the targeted funds being funneled to school police.

Deasy and board members argue there isn't enough to go around.  California ranks near the bottom of the nation in per pupil allocations.

The school board did respond to public outcry on another issue. During the meeting, board members agreed to reinstate a critic of the iPad program to the district's bond oversight committee.

Architect Stuart Magruder had been kicked off last month, after board member Tamar Galatzan said he was overstepping his authority. Magruder complained all school year that the district was moving too fast, spending too much on tablets while neglecting leaky roofs and broken plumbing.

After a petition garnered hundreds of signatures, Kayser moved to have Magruder reinstated. It passed 4-2, with board members Tamar Galatzan and Monica Garcia dissenting.