June 26, 2014  ::  Here are some key results of the poll of Californians’ views on education conducted by the University of Southern California Rossier School of Education and Policy Analysis for California Education. For more details of the survey, see below. 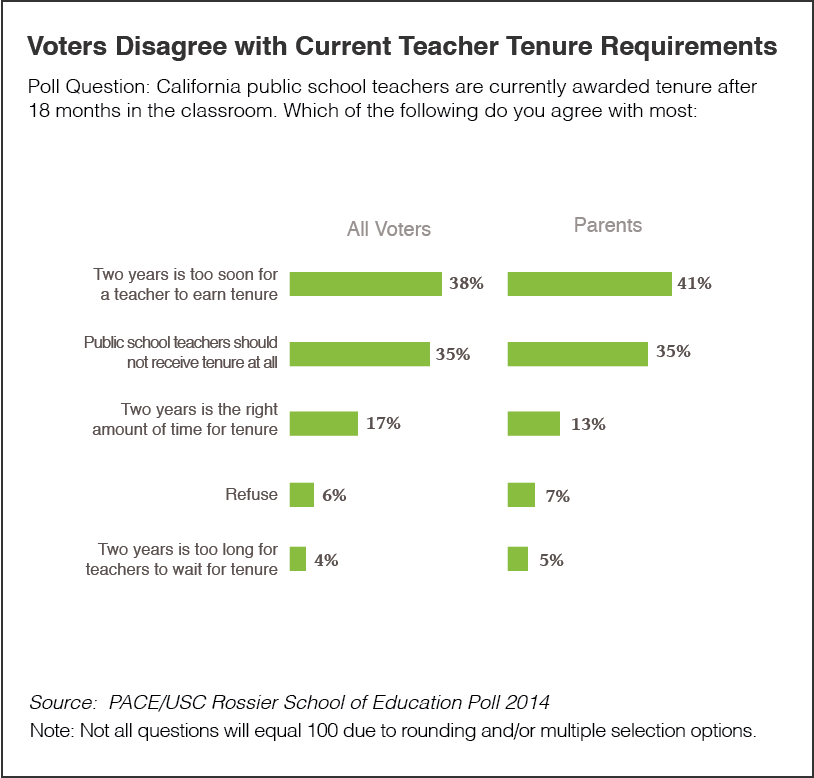 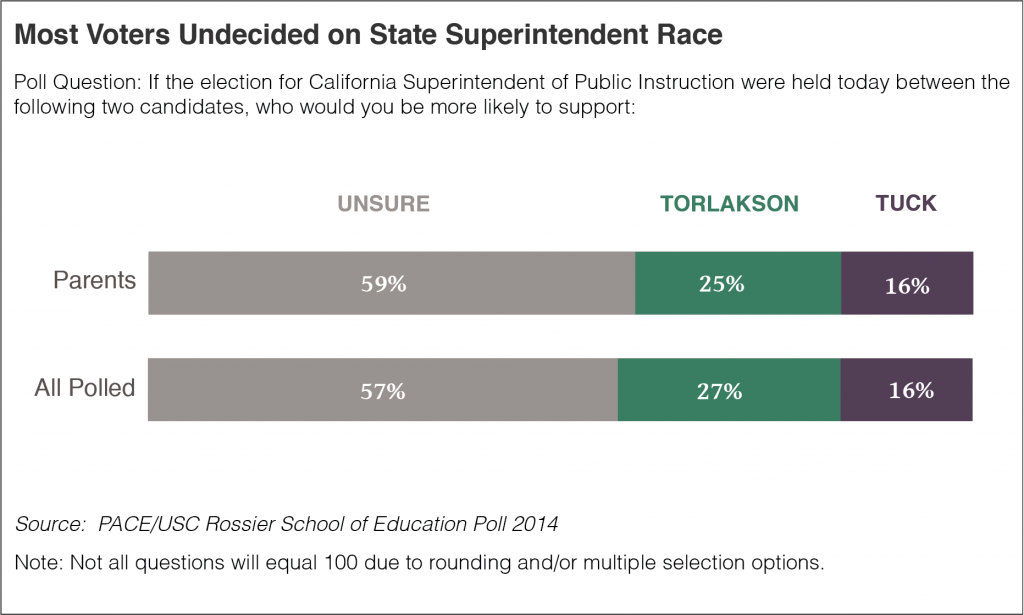 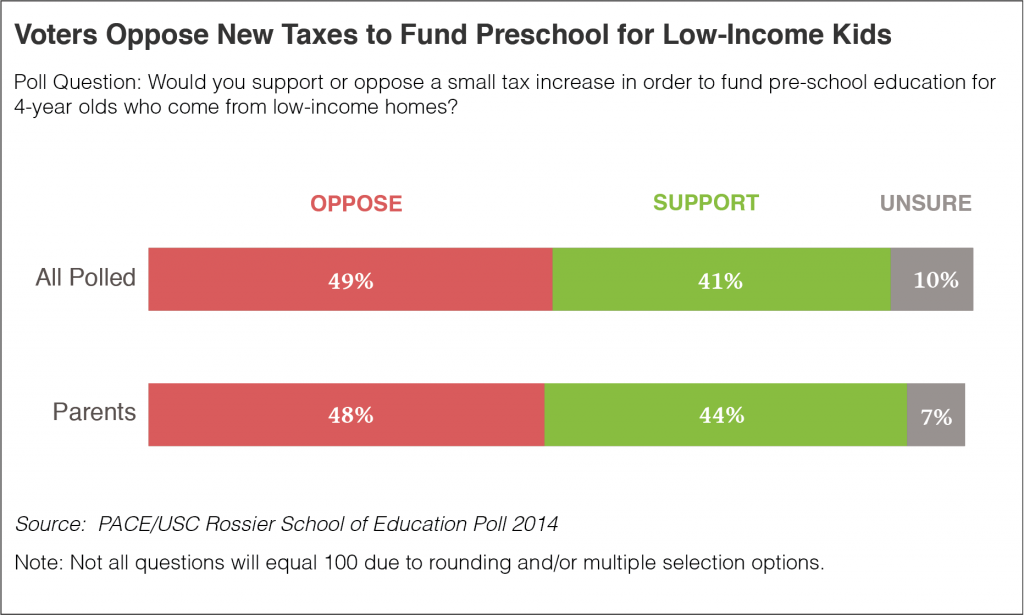 An annual poll of Californians’ views on education contains bad news for teachers unions and advocates of the Common Core standards, good news for backers of charter schools, mixed news for preschool supporters and a warning for State Superintendent Tom Torlakson in his re-election campaign against Marshall Tuck.

The joint survey by the University of Southern California Rossier School of Education and the independent research organization Policy Analysis for California Education, or PACE, questioned 1,005 registered voters earlier this month about a range of education topics.

The poll indicated that some of the doubts and skepticism about the Common Core State Standards that have gained sway in other states are taking hold in California, too. As opposed to many states, in California the new standards in English language arts and math have the full support of the majority of the Legislature, the governor, the State Board of Education and organizations representing teachers unions, school boards and the state PTA.

But of the voters surveyed, the more they hear about Common Core, apparently the less they like it. Of the roughly three-quarters of voters who said they knew something about the standards, more had a “negative impression” (44 percent) than a “positive impression” (38 percent). Parents with kids in schools, who made up about 30 percent of those surveyed, had identical views.

At the same time, the percentage who said they knew at least a little about Common Core increased from 29 percent of respondents last year to 47 percent of all respondents and 58 percent of parents this year.

“The response is striking,” said Julie Marsh, an associate professor at USC’s School of Education, who attributed the rise in negativity toward Common Core to an increase in national media stories about states pulling out of the two consortia that are creating the standardized tests for the new standards. She also said there is opposition to immediately holding teachers and schools accountable for test results.

At the same time, Marsh said, there has not been a lot of media attention in California on Common Core. “That creates a messaging problem potentially for Common Core advocates and the state,” she said.

“Republican opposition solidified, and Common Core has become a political litmus test for the national Republican Party, therefore, with some active politicking in California,” he said. “We education folks have been mostly talking to one another about this and have done much to raise public awareness about why it is good for California schools and kids.”

Of those surveyed, 66 percent of parents disagreed with laying off teachers based on seniority, while 20 percent supported it (about the same percentages for all voters).

Asked again, once they had watched a campaign ad for Torlakson and one for Tuck, which has not been widely viewed, the race became a toss-up, close to within the poll’s 3.5 percent margin of error. Among all respondents, 38 percent backed Torlakson and 36 percent preferred Tuck, with 27 percent undecided. Among parents, more backed Tuck (40 percent) than Torlakson (35 percent), with 25 percent undecided.

Participants in the poll were selected based on party affiliation, geographic location and ethnicity, and took the survey online. The results of underrepresented groups were given extra weight. This includes Hispanics, who make up 26 percent of registered voters but were 17 percent of the participants.

The arguments for and against Common Core in the poll are as follows: