Clay Lacy, a legendary pilot and pioneer in aviation-related businesses, provides a Learjet and Gulfstream 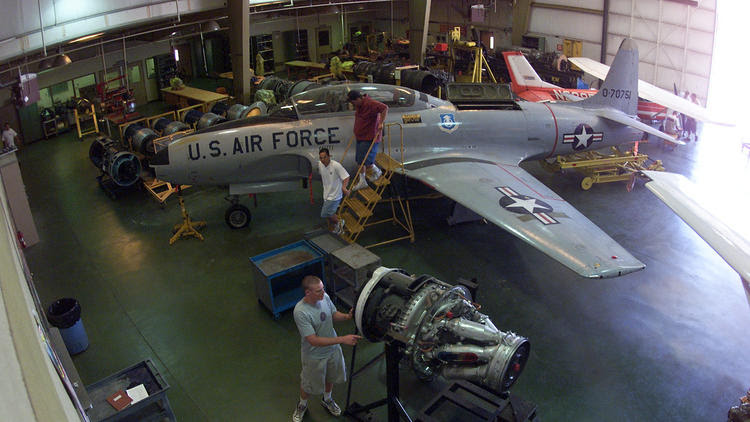 The 1968 Learjet and a 1979 Gulfstream represent the largest gifts received by the North Valley Occupational Center-Aviation, a Los Angeles Unified School District facility that was spared from closure last year.

School officials said the two aircraft are valuable additions to the course of study and will provide students an opportunity to work on larger, more modern jets.

The planes were once the flagships of the charter fleet operated by Clay Lacy Aviation at Van Nuys. They are no longer in flyable condition, but their engines, air frames, electronics and flight controls are intact.

"We could not predict today's celebration a year ago when we worked to save the aviation school from closure," said Los Angeles City Councilwoman Nury Martinez, a former school board member. "Now students can learn on the newest technology in preparation for their future careers."

The technical school off Saticoy Street has operated for almost 40 years on a three-acre site that includes a hangar, workshops and classrooms. About 100 adults and high school students participate each semester in the two-year program.

Unable to afford its rent due to district budget problems, the center was threatened with closure or relocation to a smaller facility in late 2012.

By May last year, however, private donations and rent concessions by Los Angeles World Airports, the operator of Van Nuys, allowed the school to stay open.