ROMNEY’S RADICAL VISION FOR EDUCATION: His voucher plan could transform the way we organize and fund public schools.

Op-Ed in the LA Times by  Jonathan Zimmerman | http://lat.ms/Nkrc8s 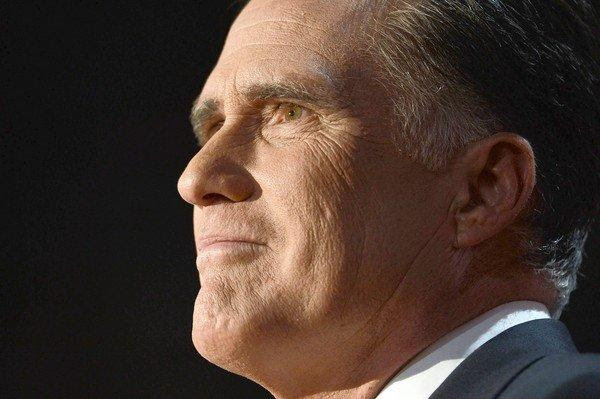 September 7, 2012  ::  As schools around the country open their doors for the fall term, here's a quick end-of-summer quiz: Which major presidential candidate has offered the most radical proposal to change public education?

And here's a hint: It's not Barack Obama. Emphasizing high-stakes tests and charter school expansion, Obama has simply continued — or accelerated — the policies handed down by George W. Bush in his signature education reform, No Child Left Behind.

By contrast, Mitt Romney has put forth a plan that could completely transform the way Americans organize and fund public schools. And that's why it has little chance of being implemented any time soon.

COMMENTARY AND ANALYSIS: Obama vs. Romney

I'm talking about Romney's little-noticed proposal to allow poor and disabled students to use federal funds to enroll in new schools. Democratic critics quickly condemned Romney for embracing "vouchers," a perennial GOP talking point. But they missed what's truly new here: Whereas other voucher programs let kids attend private schools with government funding, Romney's plan would also allow them to attend public schools outside of their own districts.

And that, in turn, would take on the true sacred cow in American education: local control. Tomorrow, I can drive to your hometown and access a vast array of public services: roads, parks, police and more. But if I try to enroll my children in your public schools, I'll probably be turned away. Yes, underenrolled districts occasionally issue permits that allow in a few kids from elsewhere. But in general, schools have been closed to all except those whose property taxes go to fund them.

Never mind that those property taxes also fund the parks and other amenities that I can use. And forget all our effusive rhetoric about education as the great equalizer, the ticket out of poverty and so on. American education is profoundly unequal because it is still circumscribed by local district lines — and still financed, mostly, by local tax dollars.

President Obama's education policies do nothing to address this basic disparity; indeed, they don't even mention it. To Obama's credit, his stimulus package included nearly $100 billion in aid to education. Since then, the White House says, the stimulus has created or saved 300,000 jobs for teachers, principals and other school employees.

But these measures don't change the bottom line: Some kids still get a rich education and others get a poor one, depending on the wealth of the school district where they reside. Ditto for charter schools, which allow children to enroll in privately operated but publicly funded schools of their choice — so long as these schools are also located in the same district.

By contrast, Romney says disadvantaged and disabled kids should be allowed to enroll in public schools outside their own districts. Their tuition would be subsidized by the federal government, using money that is currently distributed to states and localities via Title I and the Individuals with Disabilities Act.

It's hard to know how all of this would work, in practice, because Romney hasn't provided any real details. But if it did work, it would represent nothing short of an educational revolution. How would the good burghers of San Marino respond if kids from Pacoima suddenly showed up at their schools, federal vouchers in hand?

We all know the answer. And that's why Romney's plan isn't going anywhere. Call it the NIMBY system of schooling: Americans are simply too wedded to local control to let less-fortunate kids into their own educational backyards.

Yet the plan does remind us of the radical potential of school vouchers, which are today blithely dismissed by liberals as a right-wing plot to gut public education. But vouchers once drew significant support from the left too, including from such luminaries as Harvard sociologist Christopher Jencks and urban muckraker Jonathan Kozol.

To Jencks, who crafted a 1970 report on the subject for Richard Nixon's White House, vouchers could help equalize American education if public as well as private schools were required to admit a certain fraction of low-income students. And the vouchers would have to be distributed progressively, with the poorest kids getting the biggest tuition assistance.

The Jencks report represented a high-water mark of bipartisanship for vouchers, which have sparked nasty political divisions ever since. Despite court rulings to the contrary, many Democrats insist that public vouchers used in parochial schools violate the separate of church and state. They also claim that vouchers hurt public schools by skimming off the best students, although a long-term voucher experiment in Milwaukee shows little evidence of that.

For their part, Republicans have exaggerated the test score gains of voucher recipients in Milwaukee and in Washington, where Congress funded private school vouchers for poor students between 2004 and 2009. Nor are they willing to increase spending on education, as any successful voucher program would surely require; to the contrary, the budget proposed by Romney's running mate, Paul Ryan, would drastically reduce federal dollars for the schools.

But we should still applaud Romney for his own voucher gambit. For the first time, a major political candidate has suggested that kids in a poor public school district should be allowed to enroll in a wealthier one.

That would represent real and fundamental change, of a kind that we've never seen.

Jonathan Zimmerman is a professor of history and education at New York University. He is the author of "Small Wonder: The Little Red Schoolhouse in History and Memory."