LAUSD Superintendent: "IF YOU DON'T LIKE THE RESULTS, FIRE ME" 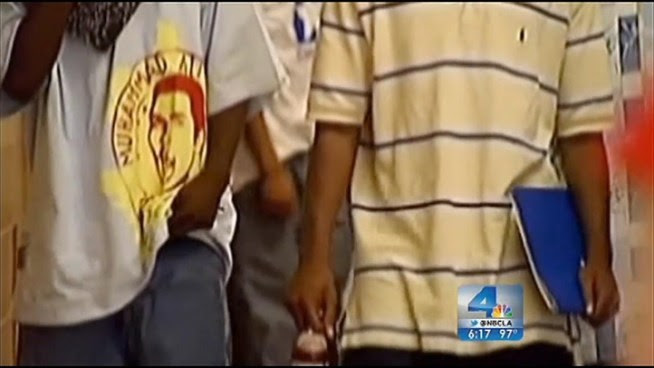 Whether discussing his goal to improve the education of more than 600,000 Los Angeles students or the dire fiscal scenario that threatens to hamper that goal, Los Angeles Unified School District Superintendent John Deasy left nothing off the table this week in a discussion with members of the community.

Deasy took part in L.A. Magazine’s Breakfast Conversation series on Wednesday, and answered questions from the audience on the current state of education. Less than two months from a crucial statewide vote on two propositions that would funnel more money into schools, Deasy made a push.

"We’re talking about not being able to complete the school year if this fails in November," Deasy said.

A third generation LAUSD graduate, Karen Hudson Freeman works with a local bank looking to donate to the district. But everyone admits private donations won’t be enough.

"I come from a high school with a very strong alumni association and everyone is always saying, 'What can we do to help?'" she said.

Deasy referenced the Space Shuttle coming to town and the money spent on tree trimming to fit the behemoth rocket through LA streets toward its new home at the California Science Center.

"We don't cut lawns in our public school system because we fired all the gardeners," Deasy said.

Deasy is also dealing with unions, including the one representing principals. The two sides recently agreed on an evaluation system based in part on student performance. It’s a sensitive topic now, and one that sparked the teachers strike in Chicago.

Could we have a Chicago situation here in Los Angeles?

"No, I think LA is going to have a way for Chicago," Deasy said. "I have great hope because I am the one who is inside the negotiations."

Union leaders and are among those who critize Deasy for his “my way or no way” approach to running the LAUSD. Still, he points to policy changes that have improved the district's math and English scores in the last year.

The 51-year old says his only focus is progress by any means.