… if Chocolate Mini-Wheats count as breakfast! 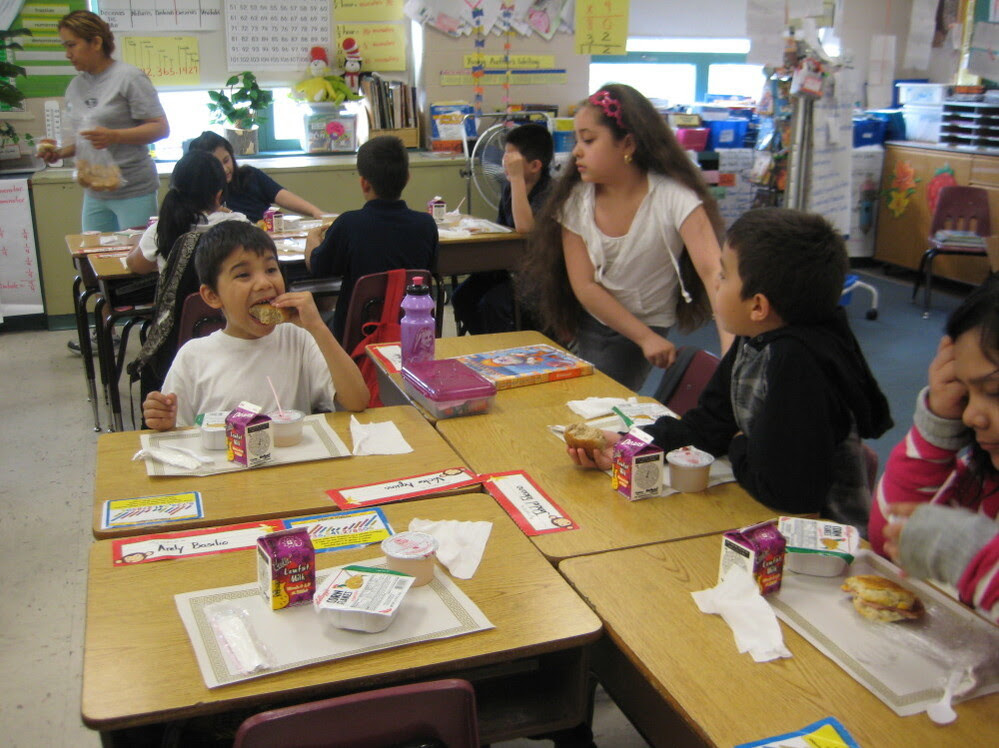 Linda Lutton /WBEZ - Students eat breakfast in the classroom at McAuliffe Elementary on Chicago's northwest side. The school implemented the Breakfast in the Classroom program voluntarily three years ago.

June 2, 2011 - WBEZ - When students at Audubon Elementary stream into school, they are met just inside the doors by kitchen workers at tables in the hallway.

On the tables is a sea of paper bags: white for hot breakfast; brown for cold. Soon, the second grade smells of cinnamon and warm syrup.

Audubon is one of nearly 300 Chicago schools to begin serving breakfast in class this spring, as part of a district policy that says breakfast now must be served in elementary classrooms during school hours.

Teacher Lourdes Valenzuela still starts the day by having kids read silently. Only now, a quarter of them also munch chocolate Mini-Wheats or scrambled eggs.

"This disrupts a little bit their concentration, but I'm trying to teach them that if you're not eating, you're reading," Valenzuela says. "And if you're not reading, you're eating. Although, of course, the kids who are eating are not getting the same amount of silent reading time."

Kevin Concannon of the U.S. Department of Agriculture says his agency is trying to get breakfast to every kid who needs it. Serving it in class does that. And, he says, studies show that eating breakfast helps with academics.

Because my middle schoolers travel from class to class, I've got to worry about allergy and contamination in basically every classroom. The kid that spills may not have an allergy, but the student who comes in next period or the period after might.

Despite Concannon's praise, however, the school board has received an earful from angry parents. Complaints range from the loss of school days to students' food allergies and the program's cost.

At the Chicago schools that have recently started serving breakfast in class, early results show that the number of kids eating has gone from 26 percent of the student body to 62 percent. Critics say that doesn't mean kids were hungry before — just that they're eating now.

Before Thursday, about 200 Chicago schools had already been serving breakfast in class. Complaints only emerged when schools like Audubon, with sizeable middle-class populations, were required to participate. That's caused some to say opposition is class- and race-based, which critics deny.

Audubon's principal, John Price, acknowledges he preferred the school's former breakfast program, which was served in the cafeteria before school. Food allergies are a major concern: He's gotten permission to keep feeding 5th- through 8th-graders under the old rules.

"Because my middle schoolers travel from class to class, I've got to worry about allergy and contamination in basically every classroom," Price says. "The kid that spills may not have an allergy, but the student who comes in next period or the period after might." 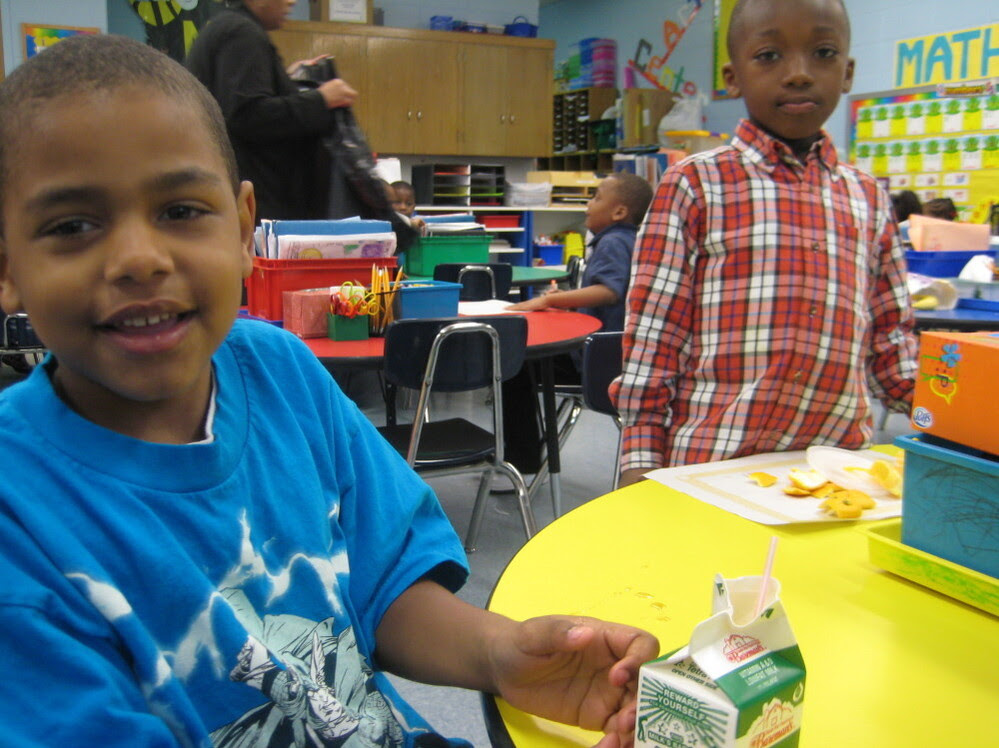 At Shoesmith Elementary, teacher Leola Stuttley says she initially opposed having her kindergartners eat in class, but after a month, she's a convert.

"I used to have kids that came in and said, 'I'm hungry.' So I don't get that interruption now. We're all eating at the same time," Stuttley says. "So, I would say they're more focused now because their bellies are full."

At Shoesmith, where 90 percent of students are low-income, parents such as Noelle Jones feel torn between two things children need.

"In a way it's great 'cause the kids get to eat breakfast in the classroom and you could observe them, but it still takes away from the day, so maybe if there were a longer school day it'd be like, just A-OK," she says.

Pressure has been building to lengthen Chicago's school day, and breakfast may add to that.