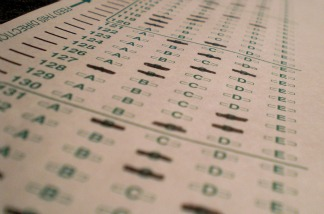 6:31 a.m. | In an unprecedented move, the Los Angeles Unified school board is set to close down six charter schools involved in a test cheating scandal last year. The board’s convening a public hearing on the proposal today.

An L.A. Unified investigation found that John Allen, the founder of Crescendo Schools, directed school administrators to break seals on state standardized tests and prepare students for the questions.

The charter group’s board demoted Allen. That wasn’t enough for L.A. Unified’s school board; it directed school district staff to revoke the charters that allow the schools to operate. The board moved forward even after Crescendo’s board fired John Allen from the organization.

The six schools are located in South L.A., Gardena and Hawthorne. At a previous board meeting, Crescendo administrators and supporters told L.A. Unified’s board that closing the charter schools would punish the students, not the adults involved in the cheating.