THE EVERGREEN REPORT OF 2007: Redux/Revisited/Reviled

An unsubtle reminder sent to 4LAKids by an Elementary Librarian: DIAGNOSTIC PHASE I REPORT OF THE LAUSD

by smf for 4LAKids News

5 June 2011 - I remember when The Evergreen Report (follows)  came out – it caused a momentary rustle-in-the-hedgerow. Like most such reports about LAUSD it was presumably safely forgotten+ignored in a binder gathering dust somewhere at Beaudry. Dr. Vladovic has famously said that nobody fills binders with reports and ignores them quite as well as LAUSD.

As dust is a pathogen and promotes asthma, it's a health hazard ...so perhaps someone should dust it off and read it.

Let's start, gentle reader, with you and me.

By the way the report isn't just on a Beaudry bookshelf ...or reproduced below.

Our librarian found it on the internet – on the Daily News site. Thank you Daily News for making what would take a trip downtown, a building pass and a parking validation (both hard hard to come by) - plus a knowledge of where the bookshelves of ignored binders are – easier to find. [The Fabulous Firewall of Forbearance has been known to be sometimes effective against both the Freedom of Information Act and the Ralph M. Brown Act]. 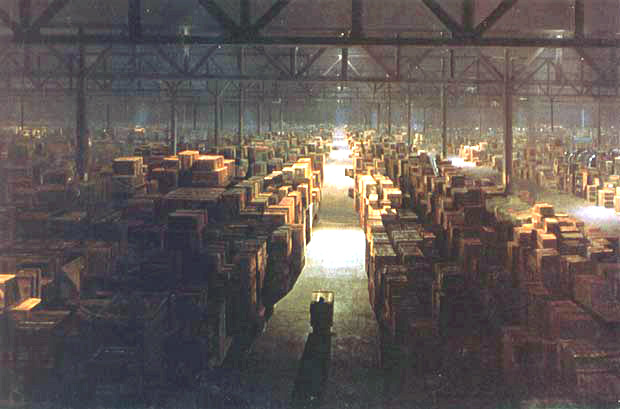 As to the LAUSD Repository of Binders I'm picturing something like the closing scene from Raiders of the Lost Ark; in there also is my Permanent Record – the one in which boys vice principals in the '60's made daily entries. And thank you Elementary School Librarian – your knowledge and skill in locating stuff will prove valuable in your next job …because LAUSD and your union have not reached an agreement – that pink slip you got is very, very real!

Numerous reports have been written about the organization and management of the Los Angeles Unified School District. Among the most significant reports written in the 21st Century, which focus on a transforming and restructuring the organizational structure, are the following four studies:

• Multidistrict Plan for Transforming the Los Angeles Unified School District, also referred to as the Cortines Plan (March 2000); (smf: In Cortines defense, he did come back and try to implement the plan again ...but the economy got in the way)

• Review of the Organizational Structure and Operations of the Los Angeles Unified School District (The Council of Great City Schools, January 2006);

…..The majority of the above reform efforts were either discarded, not embraced by senior managers, or placed temporarily on hold with the transition in leadership. For example, the Instructional Guidance Plan, which was to be developed by the three education divisions (elementary, secondary, and educational services), was only drafted by the elementary division.

Moreover, a Chief Academic Officer (CAO) has yet to be hired to begin the challenge of breaking down the silo mentality of the three educational divisions and begin to build an integrated pre-K through adult system for instructional continuity.

smf: The Chief Academic Officer actually has been hired – but 4LAKids wonders if she is aware that it's her responsibility to “break down the silo mentality of the three educational divisions and begin to build an integrated pre-K through adult system for instructional continuity”.

In reviewing the major reform reports completed in the last six years, many common themes emerge, including:

While obvious, this is pretty critical criticism – those bullets hit close to home.One can see why the subjects of the report were loath to implement its recommendations and why there were no subsequent phases after Phase I.

It becomes obvious (or perhaps oblivious) that we can add The Evergreen Report to the list of the previous 'discarded, not embraced, or placed temporarily on hold' four reports.

Also worth noting: the Evergreen Report keeps referring to 'the new superintendent'.  That was three superintendents ago. But who’s counting?