TESTING, TESTING TESTING 2: CA State Board of Ed Suspends Use of Test Scores to Rank Schools (and by extension: Teachers), Keeps Same Testing Contractor (instead of Pearson)

State suspends use of test scores to measure school quality

State education officials moved Wednesday to dramatically recast California's system to evaluate school quality by suspending the use of standardized test scores as the major yardstick in favor of a broader array of measures. 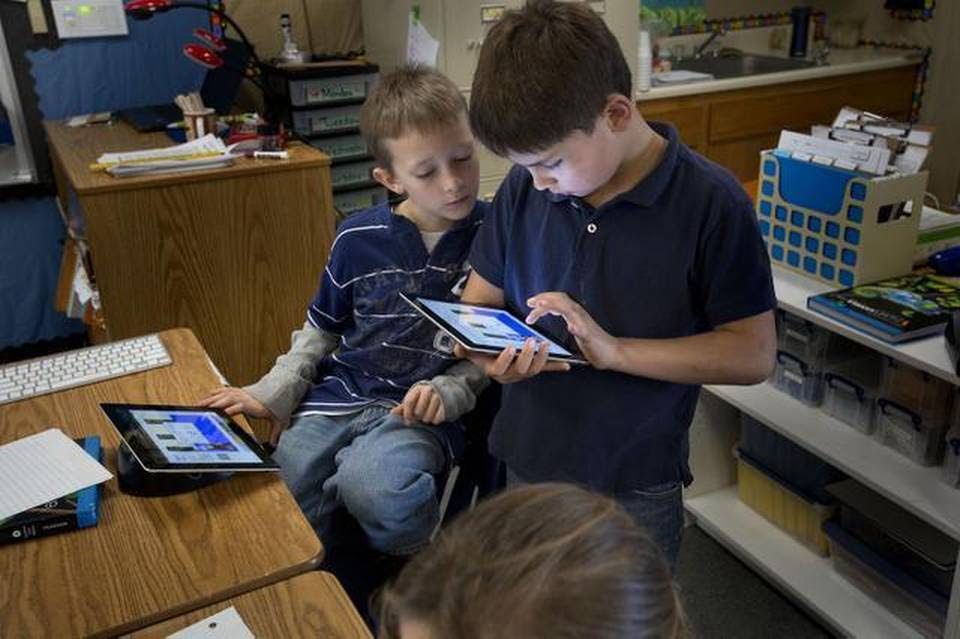 Wyatt Blevins 10, left, and Mason Meza 9, use iPads connected to the Internet in the classroom at Sheridan Elementary School in Sheridan on Wednesday. Randall Benton rbenton@sacbee.com

3/11/2015 3:28 PM/ updated 3/12/2015 7:15 AM   ::  The state Board of Education voted unanimously Wednesday to award a three-year, $240 million contract for testing academic achievement in California’s K-12 school system to Educational Testing Service, the state’s test contractor for the past dozen years.

The proposal from New Jersey-based ETS was the most expensive of three but state schools chief Tom Torlakson recommended its acceptance, saying it had scored the best in rigorous evaluation processes.

The vote came after representatives of the lowest-priced proposal, NCS Pearson, complained to board members that it had not been given enough credit for either its $205.8 million cost, or its intention to use California teachers for scoring achievement tests.

The selection of a new California Assessment of Student Performance and Progress contractor was made as the state completely overhauls its testing and evaluation “rubrics” to reflect a shift to the Common Core achievement goals and the new school finance system that puts more emphasis on poor and “English-learner” students.

Earlier Wednesday, the board reviewed those plans, which have drawn criticism from a consortium of civil rights and education reform groups, saying they are not specific enough to make valid comparisons of how schools are performing.