CHILDREN SPEND SIX HOURS OR MORE A DAY ON SCREENS

Children are spending far more time watching a screen, even though traditional TV viewing has dropped

27 March 2015  ::  The amount of time children spend glued to a screen has risen dramatically in the last 20 years, a new report suggests.

Children aged five to 16 spend an average of six and a half hours a day in front of a screen compared with around three hours in 1995, according to market research firm Childwise.

Teenaged boys spend the longest, with an average of eight hours.

Eight-year-old girls spend the least - three-and-a-half hours, according to the study.

Screen time is made up of time spent watching TV, playing games consoles, using a mobile, computer or tablet.

The Connected Kids report, compiled by market researcher Childwise, has collated data from 1995 to the present day to create a comprehensive picture of children's media habits.

Each year, its report, which is not available online, surveys around 2,000 children, aged five to 16.

It finds that teenaged girls now spend an average of seven-and-a-half- hours watching screens, compared with 3.5 hours of TV viewing in 1995.

Fast-forward to 2014 and screen time has risen to four-and-a-half hours.

Children are also now multi-screening - using more than one device at the same time, for example, watching TV while surfing the internet on a tablet or mobile so some of the screen time will be concurrent.

"The main difference from the 1990s is that then TV and magazines were the main ways for connecting kids to the media and now they have different devices from tablets, mobiles, games consoles and they have a much higher screen time," said research executive Matthew Nevard. 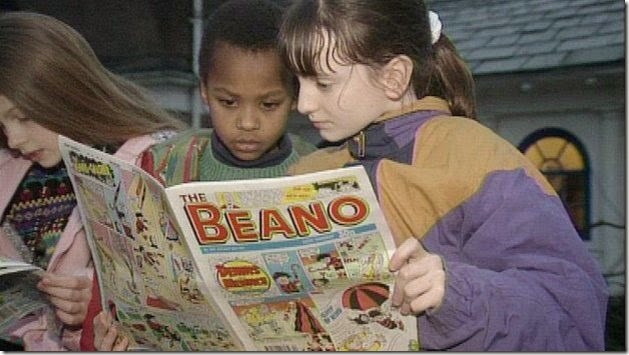 Children's TV viewing habits have changed dramatically, with the majority now watching television via catch-up services and YouTube rather than the traditional TV set, according to the report.

YouTube is the most popular on-demand service with more than half of respondents accessing TV and video via the site since 2013.

Paid-for on-demand services, such as Netflix, have also risen rapidly in recent years and are expected to continue to grow in popularity.

It is not great news for the terrestrial channels - BBC One has seen its audience of seven to 16-year-olds drop from over 80% in 1995 to just over 40% in 2014. ITV's audience follows a similar trajectory.

The transition to digital, coupled with dedicated children's channels, is another reason for the the drop in children's viewing of the main channels with children now watching more content on dedicated channels such as CBBC, CITV, Nickelodeon and Disney.

The study also looks at how the internet has changed the way children engage with information.

"The internet is pivotal to their lives and they are now able to access a wealth of content," said Mr Nevard.

The internet has given children more freedom to explore their own interests rather than being tied into the content offered to them from the TV schedules or magazines.

"They can find the content that they want," he said.

The study describes connectivity as "a fundamental need for young people now".

Ubiquitous online access is also likely to influence the way children interact with their families and "their willingness to participate in family holidays and trips out", the report finds. 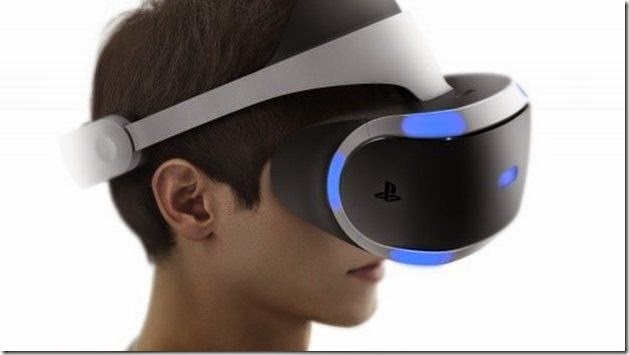 Will all children own a virtual reality headset?

For the last 10 years, Childwise has charted the most popular websites for young people.

YouTube has remained in the top three since 2007 while Facebook has seen its appeal dip in recent years, as children turn to newer services such as Snapchat.

Children enjoy the privacy of WhatsApp and Snapchat, according to the survey, and the use of such services is also changing how they communicate.

"It reflects the image culture which has emerged, where pictures are utilised to give a better representation of current moods and or activities," the survey said.

Google is one of the few sites to remain popular across 10 years of data with sites.

The report also attempts a bit of future-gazing and predicts that in the next 10 years, children growing up will have little understanding of a world without the internet.

The internet of things - where household objects communicate and share data - will be regarded as normal, it suggests.

"Having appliances which cannot be controlled using a smartphone or some kind of online dashboard may be seen as outdated, or at least increasingly rare," the report concludes.

It also thinks that most children will have some form of wearable technology, be it a smart watch, smart glasses or a virtual reality headset.

Our latest Special Report - Connected Kids, highlights the progressions of the last 20 years, using past data to make predictions of how children will interact with technology in the future.
A trends analysis shows the adoption and usage of technology and the internet, projected to predict how ownership and usage will change over the next few years.
The report profiles the main technologies of the period, beginning with the dominance of television in the 1990s, through to the growth of the internet, widespread adoption of mobile phones, development of tablets and potential future technologies which are likely to enter the market in the next few years.