8th GRADE HONORS HISTORY TEACHER SUSPENDED FOR ALLEGEDLY USING ‘N-WORD’ IN CLASS. So why do students want him back? + smf’s 2¢ 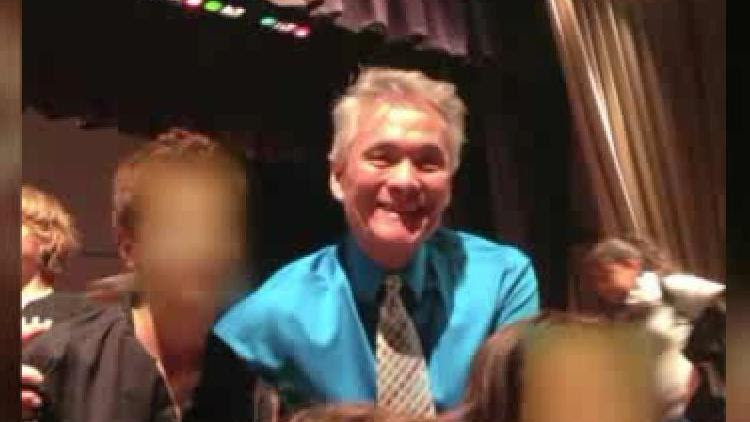 23 March 2015  9:55 PM  ::  Parents and students are pressing for the reinstatement of a veteran English and history middle school teacher who was suspended after a student accused him of making racially charged comments in class.

Carnine’s defenders call him an inspiring teacher who makes students think and skillfully uses primary historical resources in his classes, even when they contain language that would be considered offensive.

The accusations against him are contained in a lawsuit filed March 18 in L.A. County Superior Court against the school system and Revere by a girl identified as Maggie B. in the litigation.

The  girl began attending Carnine’s 8th grade honors history class Jan. 12. Several days later, the suit alleges, the instructor talked of racial stereotypes in an offensive way, as though they were true.

In one comment, the suit alleges, Carnine said that Michael Brown, an unarmed black man who was killed in Ferguson, Mo., “got what he deserved.” The suit alleges that, in another lesson, Carnine noted that President Lincoln was disliked for being a “n-lover.”

The court filing also claims that the school did not take concerns raised by the girl’s father seriously.

After the suit was filed, the district pulled Carnine from class.

In a statement, the district declined to comment on the specifics of the case.

“District policy is adamant that all students are to be treated with respect,” the statement said. “The safety of students is L.A. Unified’s highest priority.”

“This teacher is really knowledgeable in his field, really experienced,” said Will, who took a class with Carnine last year. “He really gets kids. I had him. Both of my sisters had him. He’s really caring and he really means well.”

Will’s mother said she is optimistic Carnine will be reinstated. She said L.A. schools Supt. Ramon Cortines returned her call personally in an effort to understand what was going on.

“The students were talking about Abe Lincoln and the n-word,” she said, adding that she has conferred with other parents. “The n-word was spoken in class. They talked about how racism developed. He didn’t use the word against anyone in class. He was covering material in the syllabus for a U.S. history course.”

An online petition, titled “Save Mr. Carnine!” had recorded 779 signatures as of early Monday evening.

As usual there is more+less here than meets the eye. Two questions loom large:

1. It looks like initial complaints were made long before the lawsuit was filed. One can only assume that someone was asleep at the switch and ignored student+parent concerns and sensitivity  – either that or someone had looked into this situation and determined that there was no ‘there’ there. In which case, why has the teacher been suspended?

2. …or is this another rampant overreaction by everyone – from the same wonderful folks who decided that a student science  fair project that built a marshmallow gun (of the same design demonstrated by the POTUS at a White House press event)  – violated the zero tolerance policy about firearms?