From 42nd to 29th: PROPOSITION 3o CLOSES SPENDING GAP BETWEEN STATE AND NATION – but California is still $975 below U.S. average in per pupil spending 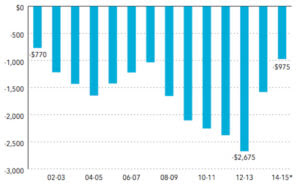 Mar 23, 2015 | Revenue from temporary taxes from Proposition 30 has closed the K-12 spending gap between California and the national average by more than 60 percent, according to data released Monday (follows)  by the California Budget and Policy Center, a nonprofit research organization.

<<Source: California Budget and Policy Center - This chart shows the per pupil spending gap between California's K-12 schools and the national average over the past 14 years in inflation-adjusted dollars. It has narrowed substantially in the past two years, through revenue from Proposition 30, but is still nearly $1,000 per student below average – about what it was in 2007-08, before the recession.

The center is using data released last week (follows) by the National Education Association, and includes estimates for 2014-15, based on twice yearly surveys of the states. In 2014-15, California is expected to spend $11,190 per student, including federal, state and local revenue sources, according to the NEA, ranking the state 29th among the 50 states and Washington, D.C.

The reason for the increase is Proposition 30, a seven-year tax increase that California voters passed in 2012. It is expected to bring in an additional $7.9 billion this year in school funding through increases in the personal income taxes of the top wage earners and a higher sales tax rate.

In 2012-13, per-student spending in California was $2,675 less than the average of the 49 other states and Washington, D.C. This year, California will spend $975 less per student, according to the center.

While subject to revision, “this is the best snapshot we have,” said Jonathan Kaplan, senior policy analyst for the center.

Earlier this year, Education Week’s annual ranking placed California 46th in per-student spending, compared with 50th the previous year.  But Ed Week’s rankings are three years old, based on data collected by the National Center for Education Statistics, and also were adjusted, using wage and salary data, to reflect regional costs of living.

Education advocates tend to cite either the NEA or Ed Week, depending on their points of view. The California Budget and Policy Center plans to issue a comparison of the two approaches in coming weeks.

Proposition 30 is set to expire within the next three years, starting with the end of the quarter-cent increase in the sales tax after 2015-16. At that point K-12 and community college revenues are expected to flatten out or, in the case of a recession, decline. The California Teachers Association and the California School Boards Association support an initiative for the 2016 ballot extending the tax or making it permanent. Gov. Jerry Brown so far has indicated he opposes renewing it. 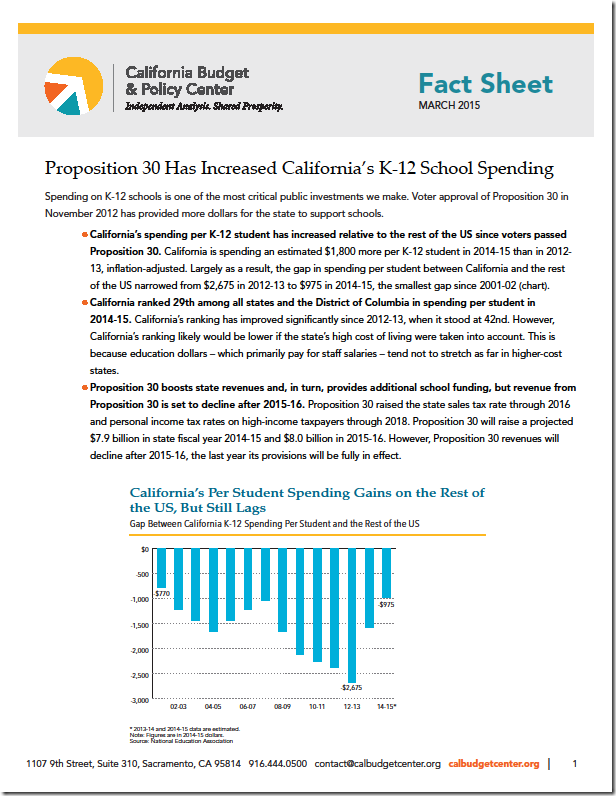 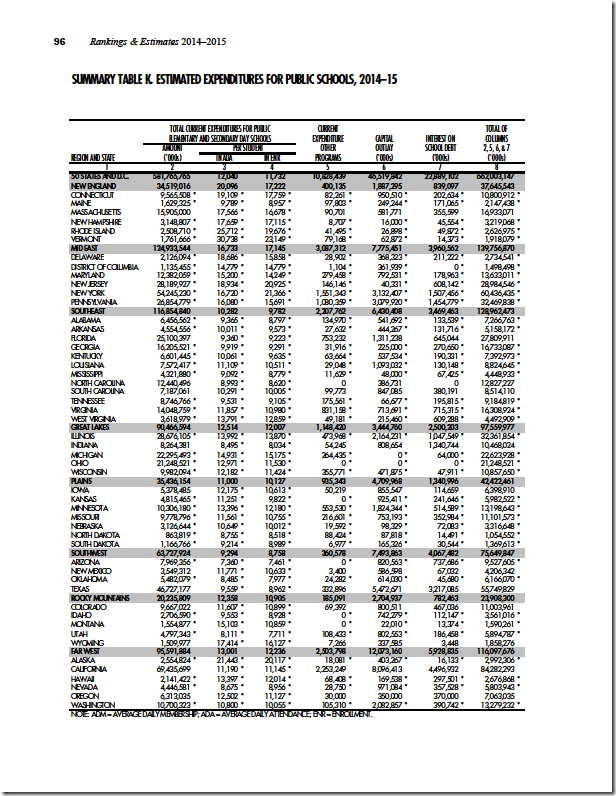