November 25th, 2013  ::  In a letter on Monday, leaders of the state Senate and Assembly criticized proposed regulations on state funding for the state’s neediest students as inconsistent with the intent of the new school finance law.

Their letter to the State Board of Education [follows], which must adopt the regulations in January, adds an exclamation point to similar criticisms from organizations representing low-income students, foster youth and English learners. Legislators and advocates are arguing that the proposed regulations for the Local Control Funding Formula or LCFF would give districts too much flexibility to decide how to spend money targeted for high-needs students.

The three-page letter suggests nine changes to the regulations and the proposed template for the Local Control and Accountability Plan or LCAP, which the State Board also is considering. Starting the next school year, every district and charter school will be required to adopt an LCAP, detailing how they will respond to  the eight priorities, including school climate, parent engagement and student achievement, that the Legislature mandated under the new school funding formula.

The regulations are an attempt to strike a balance between LCFF’s goals of giving school districts flexibility over spending decisions and ensuring that extra money allocated to high-needs students are spent on them. Legislators conclude those students need more protection. Among the recommendations:

The legislators wrote that they appreciate “the scope and complexity of the task” facing the State Board. In what could be interpreted as an offer or help or a veiled threat if they weren’t satisfied with what the State Board adopts, they conclude, “If statutory changes are needed to realize the promise of the LCFF, we are prepared to make them.”

State Board Chairman Michael Kirst declined to comment on the letter other than to confirm in an email that the Board would be making changes to the proposed regulations. The Board sees the regulations and the LCAP “interacting together,” he wrote. 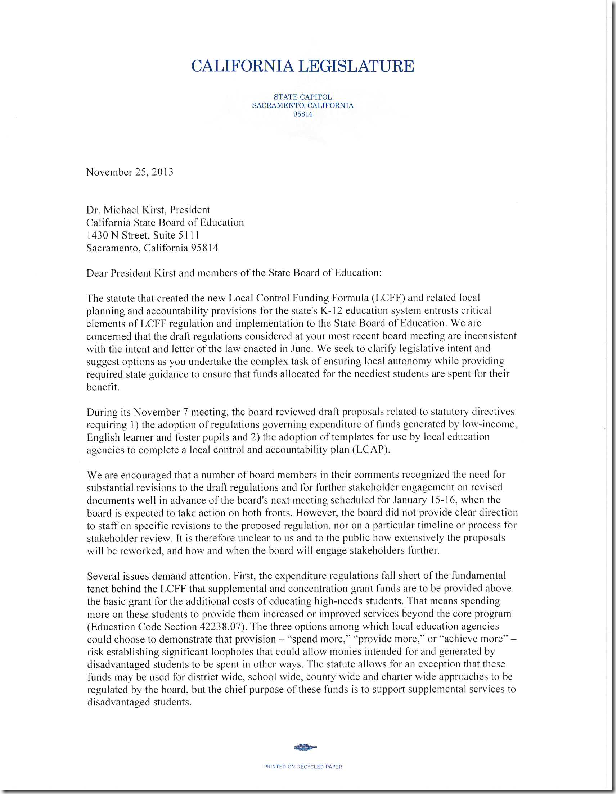 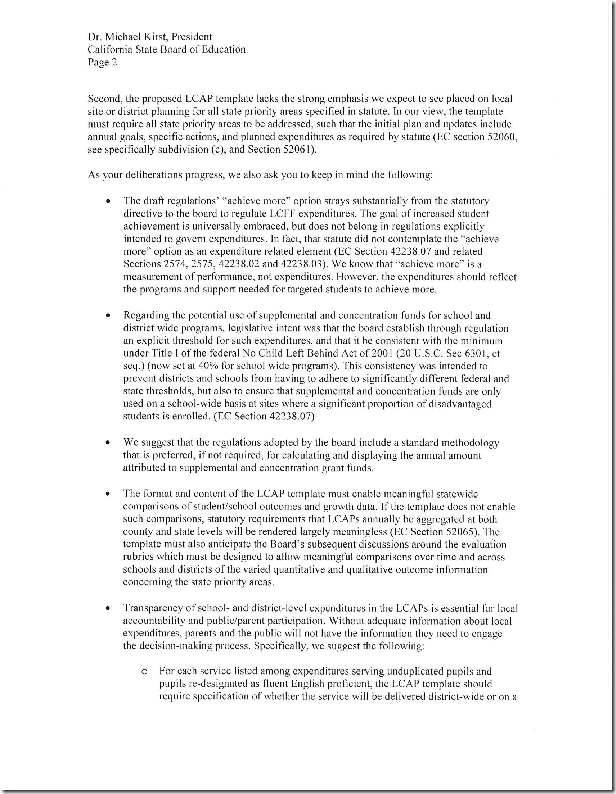 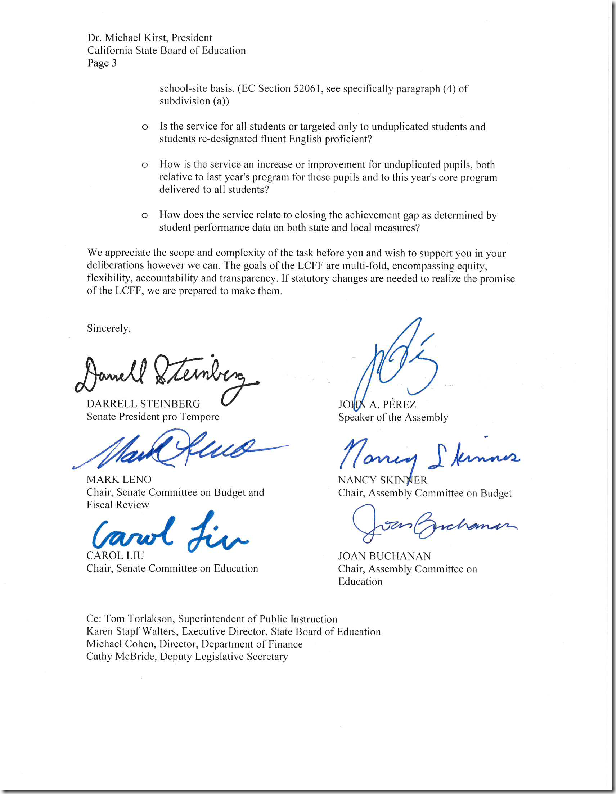