AS LA SCHOOLS TAKE A WEEK OFF, PARENTS TAKE A DEEP BREATH 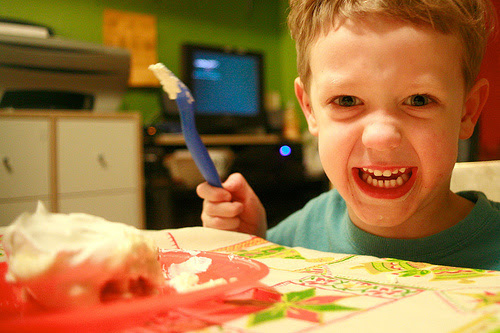 About a million public school students in Southern California are out of school all of next week to celebrate Thanksgiving. Schools in Riverside, San Bernardino, Corona-Norco and Garden Grove will be student free - as will the state’s largest district, Los Angeles Unified.

While teachers and students welcome the holiday, it can be a headache for working parents.

“I have my mother-in-law who is going to take care of them," Rodriguez said, as she boarded a bus to work.

Ivan Law, who makes a living selling electronics, said he'll bring his kids to work. They attend schools in the Las Virgenes District.

“I think it is good for the kids to be a part of that structure and learn what it takes to bring food in the house and get the bills paid," he said.

Law said he's hoping it will be a lesson in entrepreneurship.

Teachers at many districts were asked to take off the Monday, Tuesday and Wednesday before Thanksgiving as unpaid furlough days years ago.

L.A. Unified officials said it saved around $12 million a day during those lean years.

Even though budgets are bouncing back, nobody wants to give back the time off. L.A. Unified teachers can use floating holiday pay for those extra days.

But Tina Jenkins, who has kids in elementary and middle school, doesn't like the break.

“They need more time to learn," Jenkins said. "They are already getting out early. They got all these days to be off for teacher and staff meetings.  They need to be in school.”

“Because they’ll help in house," Velasquez said in Spanish.