posted at Fri, Nov 15, 2013 at 5:02 pm, three days after the meeting, vote and passage of the amended revised resolution.

see: AMENDED LANGUAGE FORTHCOMING: Everything you need to know about the iPad compromise reached yesterday 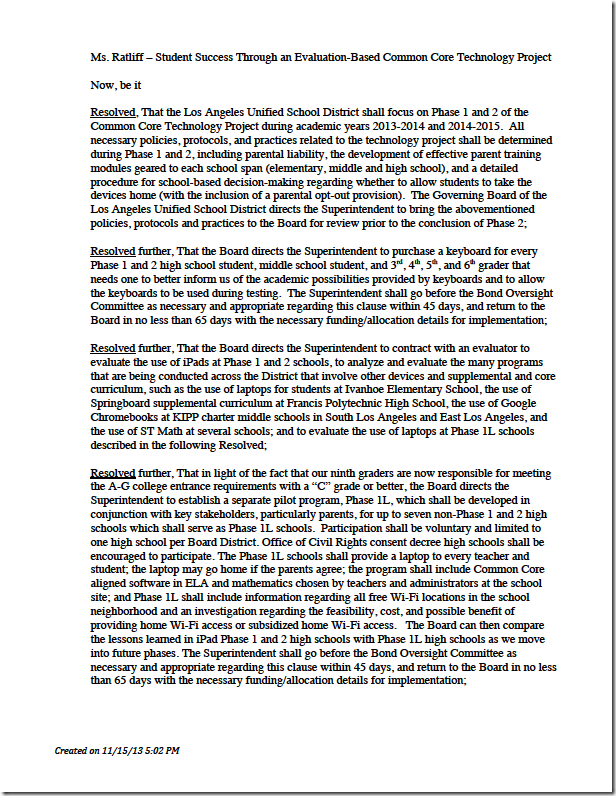 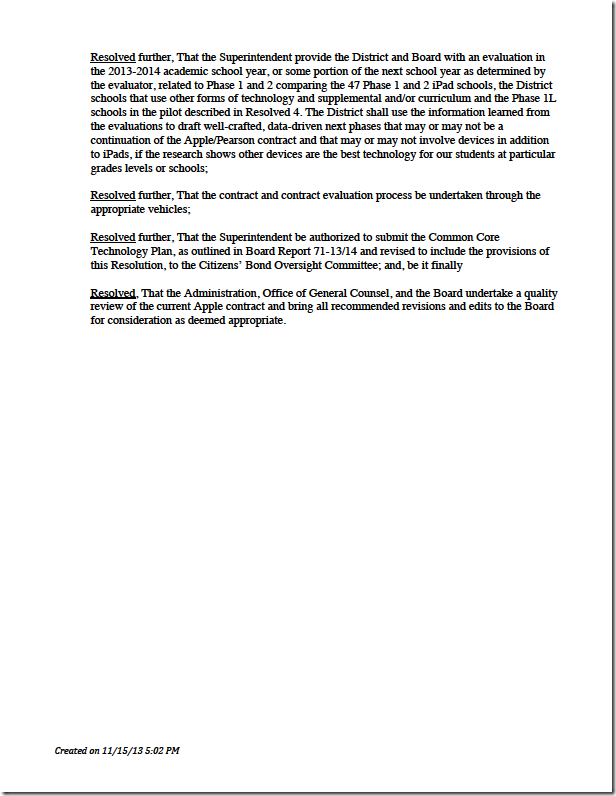 smf: It is the language of the penultimate resolved:

Resolved further, That the Superintendent be authorized to submit the Common Core Technology Plan, as outlined in Board Report 71-13/14 and revised to include the provisions of this Resolution, to the Citizens’ Bond Oversight Committee; and, be it finally….

- that is potentially interesting+expensive – because the Common Core Technology
Plan, as outlined in Board Report 71-13/14  (also known as Item #43) WAS WITHDRAWN BY THE SUPERTENDENT AND NEITHER DEBATED NOR APPROVED BY THE BOARD (though parts of it were vigorously criticized and repudiated ) YET IT IS INCLUDED BY REFERENCE IN THIS RESOLUTION.

The Board Report  itself contains no detail – but it refers to an attachment that is essentially a PowerPoint Presentation – and one slide in that PowerPoint defines Phase 2: 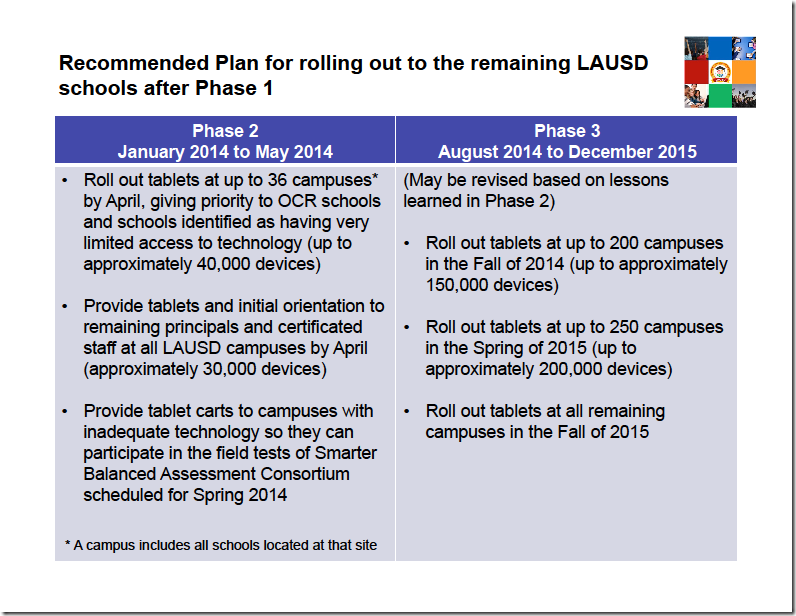 If these numbers are correct the  “smaller/scaled-back” Phase 2 is actually three times the size of Phase 1 – plus the additional laptops, keyboards, support and training and evaluation.