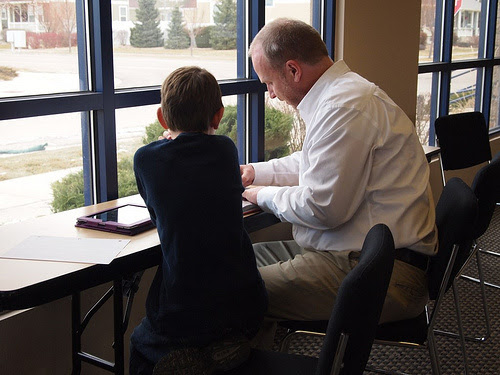 November 4th, 2013, 5:56pm  ::  L.A. Unified is calling for more hands on deck to help steer the iPad project. Documents released in advance of Tuesday's special iPad project meeting show a tripling of staffing estimates for IT.

Officials are now estimating they’ll need 152 people on staff to maintain iPads and troubleshoot tablet problems at schools. The district is also proposing an increase in spending for technology teacher coaches - and school police.

The costs are associated with continued rollout of the project to all 650,000 students in the district - and their teachers - which has yet to be approved by the school board.

The district had originally proposed doing that next year, but after a series of stumbles, administrators proposed slowing down the rollout and the board has put together a special committee to review the pilot and future implementation.

Most of the iPad cost will be covered by bond money approved by voters for capital improvement at schools. The district is calculating that pot of money can cover $1.1 billion of the expenses. Most ongoing staffing expenses will have to come from the general fund.

Staffing for iPad tech support will be about $20 million a year – that’s not counting support from Apple or the district’s current IT staff.

The district also wants to create 152 new positions for technology coaches – teachers who would train other teachers on how to take advantage of the tablets.

The budget and analysis prepared for Tuesday's meeting marks the most comprehensive financial figures provided to board members. In it, district officials first acknowledge principals' complaints of wifi network issues and the crushing demand hundreds of devices running at once can put on systems.

District officials are scheduled to discuss the progress of updating school networks as well as its reasoning behind choosing the iPad over cheaper devices and the incomplete Pearson software loaded onto each tablet.