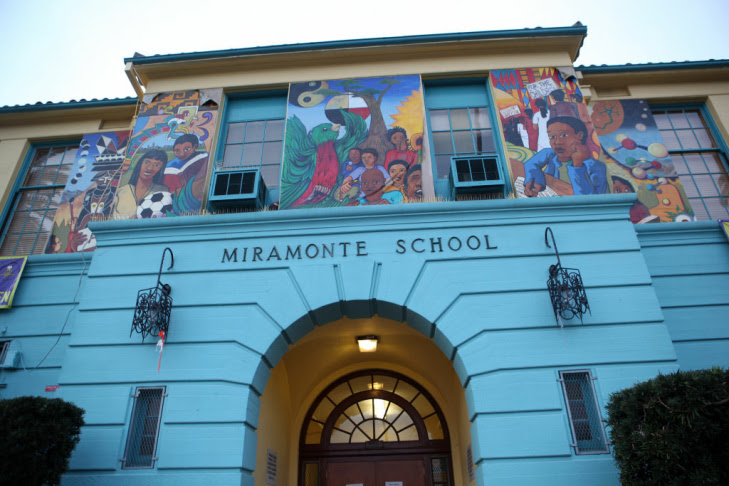 November 27th, 2013, 9:48am  ::  A Los Angeles judge has ruled that parents can proceed with their own claims of emotional distress related to abuses at Miramonte Elementary School, where a third-grade teacher was accused of spoon-feeding children semen in what he called "tasting games."

The Daily News reports attorneys of the children and their parents hailed this week's ruling.

Los Angeles Unified School District has argued it is immune from liability to the parents under a state statute that limits the responsibility of government agencies. The court disagreed.

Dozens of families are suing, arguing district officials failed to protect their children from harm.

On Nov. 15, former Miramonte teacher Mark Berndt pleaded no contest to committing lewd acts on children and was sentenced to 25 years in prison.

Judge: Miramonte parents claims can move forward along with childrens’

Attorneys of the children and their parents hailed Los Angeles Superior Court Judge John Shepard Wiley’s ruling Tuesday as a major victory, while Los Angeles Unified officials downplayed its significance. Some of the kids and parents will be going to trial on April 1.

“This is such a monumental victory right now for both the kids and the parents,” said Pasadena-based Attorney Brian Claypool, who is representing 14 kids and 23 parents in a civil case. “We feel the district has been stalling and stonewalling us and delaying and doing everything they can to stop us from getting our day in court, and finally we have this ruling that validates this profound trauma that these kids and parents continue to endure.”

Sean Rossall, a spokesman for LAUSD’s Office of General Counsel, said the judge ruled only on the “presentation” and not the actual merits of the cases.

“There are still actually a number of opportunities where these cases can be dismissed in the process in the coming months,” he said. “Throughout this process, our goal has been to resolve these claims in a way that is respectful to the students involved, and we are still committed to that.”

On Nov. 15, former Miramonte Elementary teacher Mark Berndt pleaded no contest to committing lewd acts on children and was immediately sentenced to 25 years in prison. Berndt, of Torrance, admitted to charges of feeding unwitting children his semen by the spoonful and on cookies in a “tasting game,” as well as putting cockroaches on their faces. Most of those 23 cases covered incidents that spanned 2009-11, although some occurred in 2005, according to the charges. Berndt was arrested in January 2012, after an investigation that ran more than a year.

Dozens of families are suing Los Angeles Unified, arguing district officials failed to protect their children from harm. The district has paid out nearly $30 million and racked up some $2.5 million in legal fees to settle 63 cases. The cases of more than 65 students and at least 70 parents remain unresolved.

The district has argued it is immune from liability to the parents of the allegedly abused victims under a state statute that limits the responsibility of government agencies. However, the court rejected Monday the district’s interpretation of the law, maintaining that school districts are vicariously liable for the abuse committed by their employees and may be sued by the victims as well as by their parents, said attorney Thomas Moore, whose firm is working with attorney John Manly to represent 30 children and 35 parents.

“(Superintendent John) Deasy has publicly acknowledged that harm was done to the parents and said the district is committed to resolving the claims of victims and their families, but simultaneously the district’s lawyers have aggressively tried to deny the parents their day in court,” Moore said. The judge’s ruling Monday “upholds the parents’ right to bring these claims.”

Rossall said the district still believes its own position is “supported by law,” adding that they’ll evaluate their options “at every opportunity in a way that’s respectful of students and families involved but also balances our obligation to be stewards of taxpayer resources.”

Because the court is allowing the plaintiffs to proceed on sexual-harassment claims for the children, they are now able to request punitive damages against the individual defendants — including Deasy and two former Miramonte principals — and seek a majority of attorneys’ fees should they prevail in trial, Claypool said.

Attorneys for the families say district officials were on notice about Berndt’s misconduct as early as 1991 or 1992 and ignored repeated complaints. They also say Deasy, who joined the district as deputy superintendent in June 2010 and took over as schools chief in April 2011, did not notify parents of the investigation into Berndt until the news broke of his arrest in January of last year.

District officials have said they removed Berndt from the district in 2011 as soon as they learned of the allegations and that they followed police instructions not to discuss the case to avoid compromising the investigation.

The district has since adopted a policy that requires parents be notified within 72 hours when an employee is removed for misconduct.

The children’s claims for sexual harassment, which will also move forward, serve to strengthen their case against the school district, Carrillo said, which means “we have more arrows in our quill.”