And above all, watch with glittering eyes the whole world around you because the greatest secrets are always hidden in the most unlikely places. Those who don't believe in magic will never find it.

Also from the Minpins:

Roald Dahl’s advice is for children.

He wrote for children, about children. He was mercenary enough to know that adults would buy the books and maybe even read them aloud. But locked in the cadence and  the code and the comic dark vision with the Quentin Blake illustrations is the message confirmed: Adults are up to no darn good! 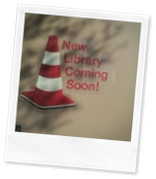 The adults in Roald Dahl’s books are hapless, twisted or just plain bad.

When Anna Martinez, the principal of Valerio Street Elementary School quoted the “Glittering Eyes” passage above at the dedication of the new library at Valerio I knew she was either one of those adults who quote the quotable because it’s the adult thing to do (making her hapless or worse) …or she truly believes it.

Then I saw her eyes glitter eyes along with the third graders in the room – alive in the promise and the magic of their new library. She is  an adult to be trusted. But carefully – she’s still an adult! 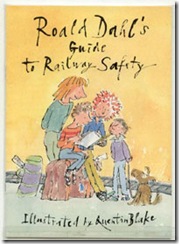 smf: I haven’t read this one, but I wonder what got into someone at British Rail to trust Dahl with the message that adults were any better at running  railroads that then they are at running schools or the lives of children? >>

Assemblyman Bob Blumenfield – not just an adult but a politician – noted that Wednesday (Halloween) – was a spooky day. But he found the library “inspiring”. And that “inspiring” is the opposite of looking at the future as “spooky”. The third grade teachable moment – iand t’s always good to work in those SAT/ACT Vocab Words.

Some of the other adults spoke to the kids in a style Dahl would’ve found ironically amusing in a “proving-the-point” way – talking down, going all children’s TV host smiley-voiced and obsequious. Dahl taught us that kids know better. Adults are big and clumsy and awkward around small things; uncomfortable in their small furniture – challenged by children’s unlimited imaginations and obsessed with an orderliness that would line them up and make them wear funny hats with the logos of the corporate sponsor.

But I am letting my dark take get in the way of an extraordinary celebration.

Target Stores, in cahoots with the Heart of America Foundation and LAUSD has made-over the library at Valerio – as they have at 6 other LAUSD schools this year and at 150 schools nationwide.

This is an extraordinary program.

The library has new shelves and paint and trim and new technology and bundles of i-Pads and 3000 new library books.  Two-hundred-and-fifty Target employee volunteers descended on the school Wednesday, shelving books and assembling furniture; building a reading garden outside with raised planter beds and mulch and plants. I have never seen so many red t-shirts outside a UTLA rally.

In addition to the books in the library each of the 1200 students gets seven age-appropriate books to take home – to keep for their home libraries.- plus picture books for their siblings too young for school

And while the program feeds young minds it also provides nourishment for their family’s stomachs – with a thirty pound bag o’ food for each family member. And the food part will be repeated monthly for the year.

Food for Thought. Food for Souls. Food for the Heart. My heart sings, and if I could carry a tune I’d sing an aria for Target and Heart of America and their partnership with Valerio Elementary and LAUSD.

Partnership is a commitment and Target and Heart of America have held up their part of the deal. I do not doubt that the Faculty and Parents and Kids of Valerio will hold up their end. 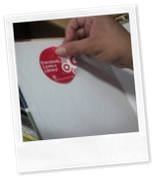 But LAUSD does not have a good track record of playing well with others. And a Thank You for the nice gift won’t cut it. This Valerio’s second donated library – Wonder of Reading give them one before.

Children learn to read in the classroom.  they read-to-learn – and hopefully learn to love to read – in the library.

Unless the school district becomes committed to elementary school libraries as the most important classroom in the school, the place where young readers make the next step to become independent learners – on their way to becoming scholars …unless the District guarantees that all schools have libraries and that school libraries will be staffed with Teacher Librarians or professional Library Aides (Librarians by any other name) with assistance and training and support – and with more than three hours a day of paid time – we have made a promise to these partners and the children of the school we can’t keep ….and built a nice shiny book room.

The next time there are lay-offs will LibraryAides be the first to go? Again.

Will Teacher-Librarians forced to justify their jobs in administrative hearings? Again.

Senator Alex Padilla in his remarks made frankly and directly to the kids and the adults told of how he spent many afterschool hours in his school library, awakening his love of knowledge.

Here’s some more information on the Target/Heart of America READesign Library Makeover Project:

I know: blah/blah/blah//yada/yada/yada:The following is a Data Download for the Data Driven. (Those of us who are anecdotally driven know that kids need books in their lives and poor kids don’t have many …most don’t have any at all.)

We don’t need the percentages and ratios, we are already horrified.

* The goal of LAUSD is 9 library books per student. What does it say abaout us that our goal is half the national average?