API SCORES: An educational horse race that will soon change 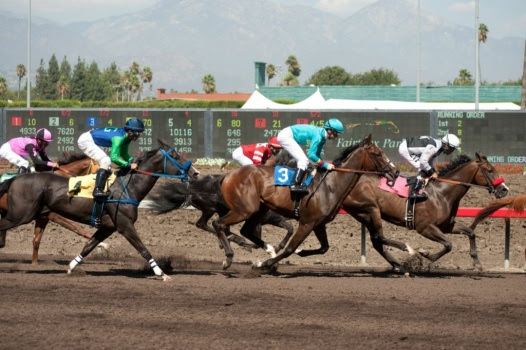 Oct 10, 2012  | 3:13pm ::  The California Department of Education will release the Academic Performance Index numbers Thursday in an annual tradition that is perhaps the closest equivalent to educational horse racing — parents and schools obsess over the scores and districts work to make them higher.

The California Department of Education will release the Academic Performance Index numbers Thursday in an annual tradition that's the educational equivalent to horse racing — like oddsmakers poring over a racing form, parents and schools obsess over the meaning of scores; like trainers in search of a winning strategy, school districts sweat to push the scores higher.

But this state measure, as it currently exists, will soon be obsolete.

The API gives schools a score between 200 and 1000 that's calculated from the STAR (Standardized Testing and Reporting) exam and the California High School Exit Examination results; schools aim for a score of at least 800.

But educators say that's hardly a full measure of a school's effectiveness. Parents often have to dig for other relevant information such as class sizes and graduation rates.

Last month, Gov. Jerry Brown signed into law a bill that limits test scores to no more than 60 percent of the API for high schools and at least 60 percent in elementary and middle schools. The remainder of the score will factor in graduation rates, students' preparedness for college or technical training, and graduates' ability to compete in the global job market.

The state's Superintendent of Public Instruction Tom Torlakson recently announced a new "School Quality Snapshot" that will also be released Thursday. It will include class sizes, graduation rates and the annual test scores, among other metrics, in a single searchable website for each school.

The API and federal AYP, or Adequate Yearly Progress results, are statistics used to determine whether schools meet state and federal accountability standards; interventions may be required for schools that do not meet those standards.

The state score factors in students at all levels of performance, including "below basic" and "far below basic," whereas the federal score only looks at those who are "proficient" and "advanced," said Cynthia Lim, executive director of the Office of Data and Accountability at LAUSD.

"The usefulness of the API is that it's a single composite score that gives you an idea of academic performance at a school site — it combines all these different tests" and student performance in English, math, science and social science, into one number, Lim said. And "it factors into real estate decisions for parents in terms of where they want to buy houses and stuff like that."

Torlakson and the state Board of Education are now developing a new system of school quality review to determine what factors to take into account in the new API measure and how to accomplish that.

They'll look at finding ways to increase the emphasis on science and social science, which currently carry little weight in the API calculation and can therefore skew instructional focus during the school year. Torlakson must report to the Legislature on methods to do this by Oct. 1, 2013.

"When the Academic Performance Index was first established, it was meant to be based on multiple indicators," said California Department of Education spokesman Paul Hefner.

"The problem was essentially the standardized test was the only one that was the kind of easiest one to use, because once you get into graduation rates, and some of these other things, you face a whole bunch of questions about how do you incorporate that: What weighting should it provide? What's the goal? Is it 100 percent graduation rate? That kind of thing," Hefner continued. "There were various attempts to wrestle with that over the years, and of course there's always been discussions about refining the tests themselves."

Those are the questions the state has already begun to tackle. L.A. Unified has been a supporter of this change. The district has worked to reduce its dropout rates, increase graduation rates, and keep class sizes down.

"The qualtiy of a school is more than just its test scores," Lim said. "You should be lookng at other factors, and I think as a district we have been supportive of using multiple measures."

The new API calculation would begin to be implemented in 2016.