By Peter Schrag| OpEd Special to The Secramento Bee | http://sacb.ee/QLmBvc 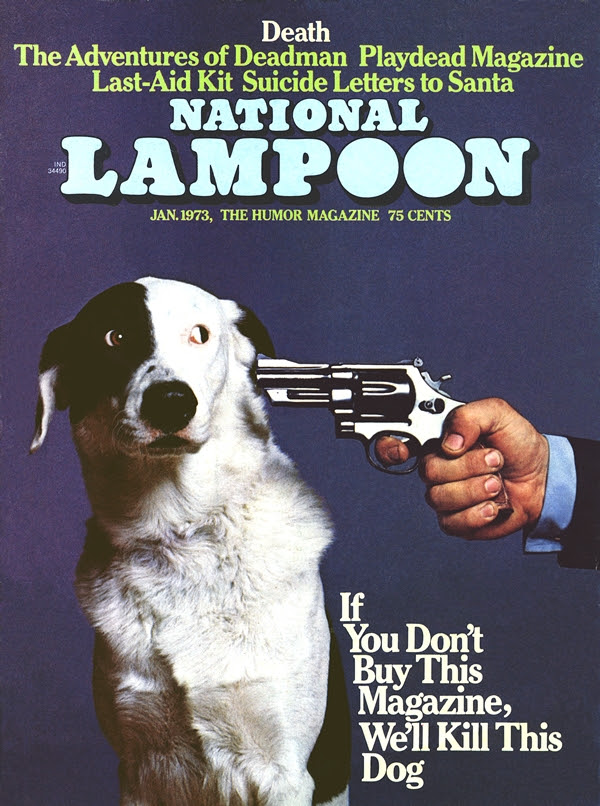 mind, you may recall the National Lampoon cover from 1973 with the picture of a gun pointed at the head of a dog and the caption "If You Don't Buy This Magazine We'll Kill This Dog."

That's not quite like the "trigger" budget provisions attached to Gov. Jerry Brown's Proposition 30, but close enough. If you, the voters, don't pass this tax increase, the schools and community colleges will automatically lose $5.4 billion and the universities another $500 million.

No doubt the failure of the tax increase, in part a boost in taxes on high incomes, in part a small increase in the sales tax, would have an impact on education no matter how the related budget bill was written. But there surely were other cutting options to reduce the hit on schools, and may still be: the prison budget, the parks, health care, not to mention the controversial high-speed rail bonds. And who knows, some of it may still happen.

In any case, the Brown tax increase, which raises somewhere between $6 billion and $8 billion a year, won't come close to restoring the money that's been cut from the schools and universities in the past half dozen years, much less bring California's per-pupil school funding to anything approaching what a decent educational system requires. Is this the best we can do?

If Brown's tax increase does pass, it will almost certainly end any real chance of another tax boost being considered for years. But it may well increase the voters' distrust of government. They won't notice much improvement in the schools and so will come to think they've been snookered again.

And what if it fails? Maybe, if the school cuts go through, the voters will at last get the message about cause-and-effect. But don't count on it, in part for the demographic reasons outlined below.

Still there's at least an even chance that on Nov. 6, Democrats will win the two additional state Senate seats needed to capture the two-thirds supermajority they need to enact a tax increase without Republican votes.

That hardly assures that it will happen. Even if none of the Democratic Senate majority defects, they'd still have to get a couple of Republican votes in the Assembly, as well as Brown's signature. And since Brown pledged two years ago he wouldn't go for any tax increase without a vote of the electorate, he might well resist. Brown, the apostle of small and the preacher of austerity, will probably be just as comfortable putting hair shirts on little kids and their parents as he's willing to wear one himself.

Still if you look at the demographics going into this election, can it be anything but a matter of time before the tide turns?

The Republican Party has been hemorrhaging voters for years: down 14 percent since 2004; down 18 percent since 1996. Democrats also lost a share of the electorate, but not nearly as much: down 7 percent since 1996, and up slightly since 2004, in large part no doubt because of the influx of new Latino voters. The big gains, as most of us know, have been in the ranks of the independents, which are now full of ex-Republicans.

More important are the growing ranks of those Latino voters, whose kids (at last official count) now make up more than 52 percent of California's public school enrollment; whites make up just 26 percent.

That makes it easy to understand why California's likely voters, who are still 66 percent non-Hispanic whites, are less committed to generous support for schools and other public services than they were a half century ago, when it was their children who dominated school and university enrollments. The voters are white, older and more affluent. The kids are brown, black and Asian.

But the numbers are changing. The Public Policy Institute of California estimates that currently 16 percent of likely voters are Latinos. But those numbers are almost certain to grow in the years ahead, even as the ranks of voters identifying themselves as Republican sink and may soon be outnumbered by the state's independents. Currently 82 percent of Republican voters are white, compared to 56 percent of Democrats.

Even now, the sharpest differences in political and social orientation – on gay rights, on abortion, on ethnicity – are generational differences. Older voters tend to be more conservative, especially on social issues, than those in their 20s and 30s. They know less of the world growing around them, and are less comfortable in it than the kids who have grown up as part of it.

All of which is to say that while it's surely better for California to pass Proposition 30 than to reject it, it's too little, too late. (And yes, Molly Munger's Proposition 38 school tax proposal would be better). The failure of Proposition 30 won't hammer the schools much harder than they've been hammered since the passage of Proposition 13 back in 1978. But surely we can do better.