Data or Reason?: THE POLITICS OF COMMON SENSE

In evaluating the candidates' (…or  Fox News’ …or MSNBC’s …or the Center for Boring Statistics’) claims, you can trust your own sweet reason.

Op-Ed in the LA Times By Michael Kinsley  |  http://lat.ms/QLUKtV 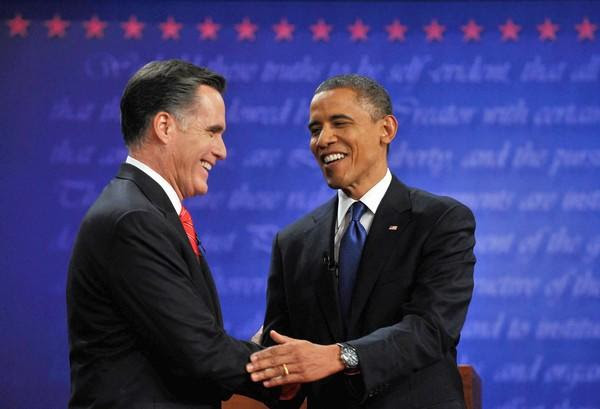 October 16, 2012  ::  This political campaign has been a frustrating blizzard of numbers and studies.

One side says $344 billion over 21 years, then the other side calls that a desperate lie and says the real number is up to $1 trillion over the next decade. The first side then attempts to validate its number by saying it comes from a recent report by the authoritative Center for Boring Statistics, and the second side says that, by contrast, its numbers are based on numbers in the nonpartisan volume "Vicious Figures for Dummies, 3rd Edition" (1958).

How is a citizen supposed to know whom to believe?

A number has to be taken on faith. In the extremely partisan political culture in which we now live, people believe the statistics that come from someone on their side of the political spectrum and disbelieve those from the other side. This is actually pretty sensible. If you can't independently verify the number (and if you have a job or a child or two, you can't), you rely on your assessment of the source. If Fox News says one thing and MSNBC says another, you naturally believe MSNBC. Even reporters attempting to be objective like to use a nice, fat think-tank study as a crutch.

But there is an alternative. Many campaign thrusts and parries can be verified or discredited by reason and logic alone. They just don't make sense (or, on occasion, they do make sense) without reference to any numbers or studies. Reason doesn't require the approval of the Congressional Budget Office. It is available to anybody willing to take a minute and use it. And it is self-validating. You don't need to trust anybody to decide whether reasoning is true or false.

For example, you don't need any actual numbers to figure out that Republican presidential nominee Mitt Romney and his running mate, Rep. Paul D. Ryan, are talking through their hats about Medicare and Social Security.

Let's look at just Social Security. Some people say it's not really in trouble, but let's say that it is. The function of Social Security is to write checks. Doing this more efficiently would never save more than pocket change. If you want to improve Social Security's balance sheet by a dollar, you have only two choices: Either get an extra dollar from someone or take away a dollar someone else was expecting. Both Romney and Ryan have signed Grover Norquist's ridiculous no-new-taxes pledge, so getting an additional dollar of revenue is out of the question.

Romney and Ryan also have pledged that any changes in Medicare or Social Security will not affect anyone currently 55 or older. Why oldsters would want to be left out of reform, if it's going to be so wonderful, is a bit of a mystery. So are the details of what Romney and Ryan have in mind. But those under 55, Ryan said in the vice presidential debate, will have "a voluntary choice of making their money work faster for them within the Social Security system."

What he means here is not clear. What he is trying to imply is very clear. He's trying to imply that younger people will be able to keep their currently promised benefits, unless they make the "voluntary choice" of something else. And if this is correct, it's clear what will follow: People will choose current arrangements unless the alternative is more beneficial. There is no way any "reform" that is voluntary can make Social Security cost less. It can only make the program cost more.

Undoubtedly, the alternative Ryan and Romney have in mind is some form of privatization, in which beneficiaries get less money from the government than under current arrangements (otherwise, what's the point?) and are invited to make up the difference themselves on the stock market. Privatization cannot work. (This is a mathematical certainty, not an opinion).

One more example of an issue where reason alone (or just call it common sense) is good enough — numbers and studies not needed — is Romney's proposed 20% across-the-board tax cut. It would cost $5 trillion, a figure Romney and Ryan no longer contest except to say that the real figure is $4.8 trillion. OK, let's make it $4.8 trillion. They say the lost revenue will be made up through closing loopholes, but they refuse to reveal which loopholes they have in mind. They say that this should be left to bipartisan discussion of the sort Ronald Reagan used to have with Tip O'Neill.

Speaking, if I may, for the late Democratic speaker of the House, I strongly suspect that he would not have objected if a Republican presidential nominee wanted to reveal, in the middle of a campaign, which loopholes he wanted to close. Home mortgage interest? Charitable contributions? And I feel certain that Tip would have wondered — or, more accurately, he would not have wondered — why the loophole closing should be bipartisan while the rate cut is something the Republican president can do and take credit for all by himself.