Published Online: August 31, 2011 - School districts that want to reduce special education spending from one year to the next without restoring what was cut now have the blessing of the U.S. Department of Education.

But a letter (follows)  to the National Association of State Directors of Special Education in June from the Education Department, now says otherwise.

A school district “is not obligated to expend at least the amount expended in the last fiscal year for which it met the maintenance-of-effort requirement. In other words, each year’s [district] maintenance-of-effort obligation is based on the actual amount expended in the immediate prior fiscal year,” wrote Melody Musgrove, the director of the office of special education programs.

That means that if districts lower their special education spending for any reason, whether or not it’s because of one of the exceptions built into federal law, the Education Department says it’s now permissible to never resume spending at the previously higher level.

The shift has special education advocates worried. The maintenance-of-effort provision was built into special education spending rules to buffer students with disabilities from changes in services triggered by the ups and downs of public spending and politics.

“In essence, what the department has done by issuing this interpretation, they have created one more way in which [districts] can reduce their local spending, which is not articulated either in statute or regulation,” said Candace Cortiella, who runs the website IDEA Money Watch, which tracks special education spending.

Earlier this month, Kathleen B. Boundy, a co-director of the Center for Law and Education, based in Boston, sent Ms. Musgrove and OSEP Deputy Director Ruth E. Ryder a letter challenging their new position

about school districts’ responsibilities regarding special education spending. Ms. Boundy asked that the guidance be rescinded.

“This is illogical and is not consistent with the language of the statute. This is not a matter of interpretation, but a misreading or misapplication of the law,” Ms. Boundy said. “School districts are required to maintain the level of special education expenditures from year to year based on a notion that costs rarely decrease, the population of eligible children is predictable, and Congress in granting ... funds for the education of children with disabilities mandated that these federal dollars were being used to pay for the excess costs of educating this vulnerable population of children, not as a substitute for local and state funding for the education of these children.”

The Education Department said it is still reviewing Ms. Boundy’s letter. But, in an email Monday, federal education officials said they think school districts’ obligation to provide students with disabilities a free, appropriate education as required by the Individuals with Disabilities Education Act will keep them from cutting spending haphazardly.

“We have some confidence that [districts] will continue to provide the funding needed to meet the ... obligation,” the email said. “Historically, because the cost of services has increased, most [districts] have needed to provide at least as much funding as in the prior year to meet this obligation. It would not be appropriate for a [district] to reduce spending simply because of ‘financially challenging times.’ ”

However, the American Association of School Administrators in Arlington, Va., estimates that 10 percent of the nation’s school districts will not be able to keep special education spending level this year, and 15 percent of districts won’t be able to do so next year.

“School administrators have been forced to cut to the bone when it comes to general education costs, but current IDEA [maintenance-of-effort] requirements prohibit them from making the same difficult cuts to special education. Our members think this is inherently unfair,” said Sasha Pudelski, a legislative specialist for the AASA.

“Fairness dictates that all programs and populations share in the burden of cuts, rather than holding a single program exempt from the cuts,” she continued. “If the situation was reversed and special education budgets received all the cuts while general education students’ budgets were left entirely intact, parents and school leaders would never stand for that. Our members don’t understand why the reverse is somehow acceptable.”

Special education budgets haven’t gone entirely untouched, however. Seven states—Alabama, Iowa, Kansas, New Jersey, Oregon, South Carolina, and West Virginia—have requested permission to cut spending on students with disabilities, on the basis of unforeseen declines in financial resources, exercising an option that had never been used by any state. Some have been granted their wishes.

“You can only protect this pot of money so carefully for so long before people are going to be upset,” said Nancy Reder, the deputy executive director for governmental relations for the National Association of State Directors of Special Education, in Alexandria, Va. Bill East, the executive director of the group, wrote the letter to Ms. Musgrove

“At the same time,” added Ms. Reder. “I don’t want services for kids to be cut.”

Part of the solution is a bigger federal contribution to special education budgets, said Lindsay Jones, the senior director of policy and advocacy services for the Council for Exceptional Children, in Arlington, Va.

“CEC has long advocated for full funding for IDEA,” Ms. Jones said. When the law was crafted, it allowed the federal government to contribute up to 40 percent of the cost of educating students with disabilities. The current federal contribution is 16.5 percent. Over the years, members of Congress have proposed many bills that would increase the share of federal spending on students with disabilities, but none has passed both chambers.

“Everybody is taking a magnifying glass to their budgets,” Ms. Jones said. “We can try to be as efficient as possible, but at the end of the day, these are individual services, and there are lots of individualized needs for technology that are expensive.” 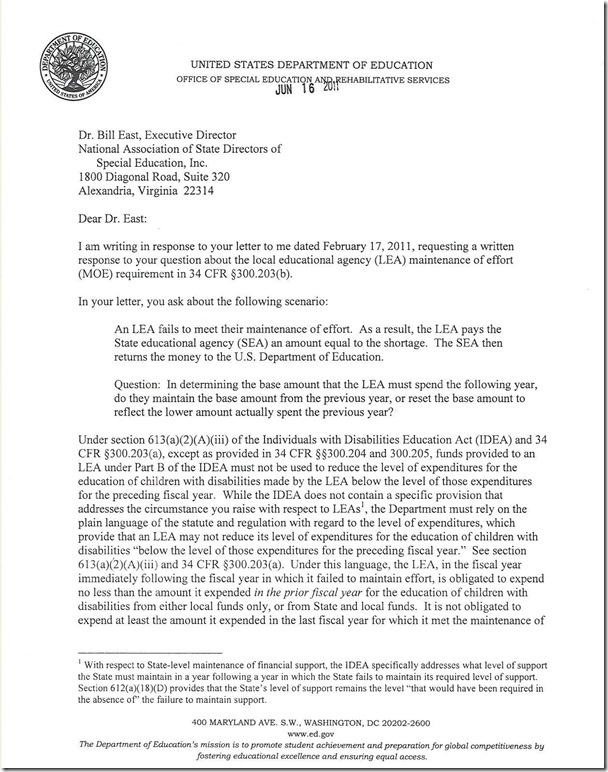 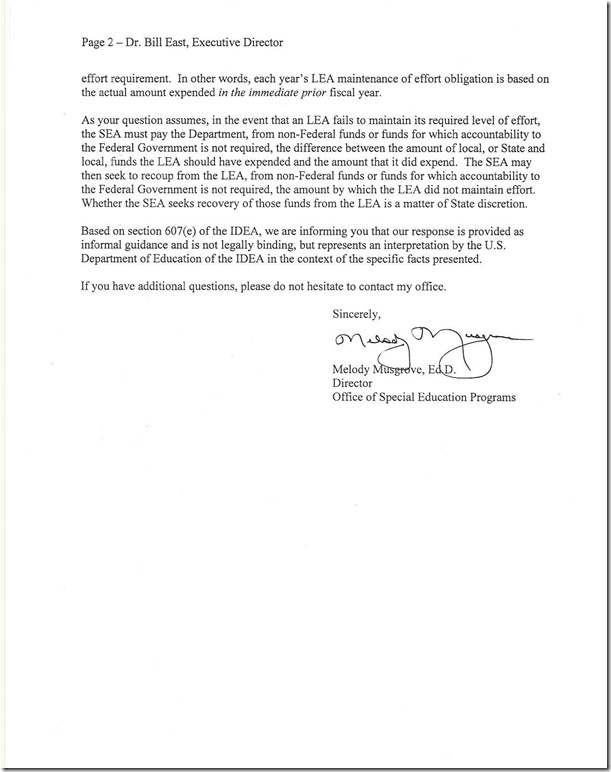