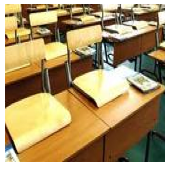 LOS ANGELES Tuesday,  August 23rd 2011 - URBAN PERSPECTIVE -As South Los Angeles schools are being targeted by the Los Angeles School District for possible turnover, the community is questioning the meaning of public education.

There is sense that there is a corporate agenda to privatize public education by painting schools as public and nonprofit under the auspice of charter schools. Some communities are labeling these schools as venture capitalist opportunities and failed models for increasing academic performance.

Charter schools are funded with public money and private donations. What makes them unique than (sic)  traditional public schools is that they are not subject to some of the same regulations or statutes; and their accountability rests with performance standards set in the school’s charter.

Charter schools are not public in nature as one would think. The education is free, but the access for everyone is not. They can be exclusive by having lottery systems and other criteria for student selection. Because of their exclusive nature, they don’t seem to fit the principles of public education and seems more private.

Public schools are mandated to provide equal access and an array of resources to special needs, high and low achievers, and other unique population groups. It is free in every essence of the words “free public education.”

There is a good analogy to define public. A public park is open to anyone who wants to use its resources whether it’s the playground, picnic areas, exercise equipment, walking trails, or sports area. The access is for everyone. As soon as someone sets a characteristic or requirement for the park, like status, affiliation, etc., the park is no longer public. It’s a country club.

Although charter schools are considered public, their performance by far doesn’t exceed traditional public schools. The Education Outcomes study by Stanford University reported that only 17% of charter schools outperformed their neighborhood counterparts, 37% were significantly worse, and the rest were no different.

If the facts are in about charter school performance and their free education, why are South Los Angeles schools targeted for turnover and have heavy concentrations of private charter school operators than any other parts of Los Angeles?

(Janet Denise Ganaway-Kelly offers more than a decade of accomplishments in the housing and nonprofit sector. Janet brings valuable insight in the areas of community and economic development. Additionally, she brings knowledge regarding the leadership and management challenges faced by large and small nonprofits that are struggling or growing organizations. She blogs at jdkellyenterprises.org ) –cw