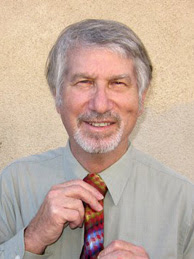 16 May - 6:39 a.m. | Voters in Huntington Park, Bell, East L.A., Eagle Rock and Los Feliz go to the polls Tuesday to elect a member of the L.A. Unified Board of Education. Based on the company each candidate keeps, there’s a lot separating the two.

In the busy parking lot of the Trader Joe's in Los Feliz, candidate Bennett Kayser is having mixed results getting people to stop and listen.

The former teacher tells those willing to hear his pitch that he wants to boost security at schools and find money to restart after-school programs.

An election mailer for his opponent revealed that he’d failed to pay his property tax bill last year. He says it’s true he was late paying it. That was around the time that Parkinson’s disease was beginning to affect him.

During the interview he loses his train of thought. He attributes it to the Parkinson's. Kayser insists the disease wouldn’t stop him from carrying out his duties if elected.

Instead, he says, it’ll actually make him a better board member. "Being able to empathize with the kids and the employees of the district who may have a disability. One of the things I really intend to do is to become an advocate for those people."

The other candidate in the race is Luis Sanchez, who has a background in education, but not full-time teaching experience. Sanchez says he’s proud of the grassroots group he founded more than a decade ago to improve low performing schools on L.A.’s eastside.

He says his base of support is very different from his opponent’s. "Mine is a coalition of unions, business leaders, it’s educators."

Sanchez is the chief of staff of L.A. Unified Board President Monica Garcia. She’s backing him, as is L.A. Mayor Antonio Villaraigosa, and many of his allies – including Eli Broad and the SEIU Local 99 labor union. They support charter schools and the deregulation of school district control over campuses.

Sanchez says that’s the answer to the district’s most vexing question. "How do we move this district forward in a way that we both survive the current crisis but also make sure that we could build the district that both provides quality jobs and quality schools?"

Sanchez has raised more than $52,000 in the last two months. Kayser – more than $6,000. But the big money in the race is coming from committees independent of the candidate campaigns.

In the last two months those groups have spent a combined one-and-a-quarter million dollars to elect either Sanchez or Kayser. Allies of mayor Antonio Villaraigosa are donating money to help Sanchez. UTLA’s committee is spending to elect Kayser.

Ethics watchdog Bob Stern says it’s taking an awful lot of money to get people to pay attention to an otherwise obscure race. "You have to understand that very, very few people are going to be voting in this contest coming up and nobody’s really heard of these candidates, so the candidates are really trying to get the voters to open up their mail."

And that mail – more than 115 separate mailers in the last two months – won’t stop until election day tomorrow.

Tuesday's election will determine whether we have a school board member who listens to our community and parents or one beholden to the deep pocketed corporate charter school sector. If you live in LAUSD District 5, your vote matters.

The importance of this Tuesday's runoff election for school board