5/12/2011 - The state Senate's education committee on Wednesday killed a bill authored by state Senator Bob Huff, R-Diamond Bar, that would have allowed California school districts to base teacher layoffs on performance -- instead of just seniority.

The bill strikes at a long-standing and contentious battle in the U.S. education system that has often pitted teachers unions against education reformers -- as depicted in last year's popular documentary, "Waiting for Superman."

"With our schools struggling to increase their education quality, I'm disappointed the Senate education committee chose the status quo related to which teachers we let go," Senator Huff said in a statement following the hearing.

"Half of our state's schools are experiencing declining enrollment. Regardless of this year's difficult budget, layoffs are being made. The defeat of SB 355 means incompetent teachers are still given preference to better teachers because of the quality blind approach we currently use," he added.

California Teachers Association members spoke against the bill at the hearing. A CTA spokesman could not be reached in time for comment Wednesday.

According to the bill's language, SB355 would have authorized school boards to assess performance based on a "multiple-measures evaluation system," including a quantitative academic achievement growth component, and allowed districts and charter schools to transfer employees based on effectiveness and subject matter, regardless of years of service. 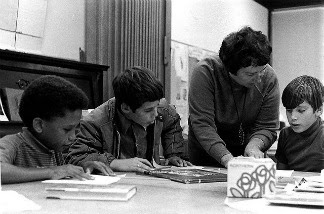 The bill put before the California Senate Education Committee on Wednesday morning, amidst the din of protesters and TV cameras, would have allowed school districts to base layoffs on teacher performance rather than teacher seniority. The bill, if it had passed, would have effectively ended the decades-old practice of teacher tenure and shifted the profession toward a more performance-based model. Alas SB 355 was killed in committee late Wednesday afternoon in the face of fierce protests organized by teachers unions looking to save their sacred principle of tenure, the same principle that is so maligned by education reformers. Tenure allows the protection of the state’s most senior teachers under numerous scenarios, most importantly when teachers are facing layoffs. Reformers want layoffs or any firings to be based on performance rather than seniority. Although the bill is dead it’s probably just the first shot in a long battle on education reform—should teacher tenure stay or go?