YEAR-ROUND SCHOOLS HISTORY FOR MANY KIDS

Caption: In the office of the new Roy Romer Middle School in North Hollywood, Ca. hangs a photograph of him while mother, Yougnesse Williams enrolls her son, Jabari, 12 , on Tuesday, for opening day on Wednesday, Sept. 3, 2008. (tina burch/staff photographer)

September 3, 2008 -- Nearly 700,000 students head back to Los Angeles Unified classrooms today, and tens of thousands of them will no longer suffer through chaotic, year-round schedules thanks to the district's massive ongoing construction program.

The $19.2 billion effort, which would build more than 140 schools by 2012, will add six schools this fall, including two in the San Fernando Valley. The new schools have allowed the LAUSD to cut its year-round schools to just 114 this fall, down from 142 last year and 220 in 2002.

"It's better for the students," said Ken Lee, principal of San Fernando High School, which is coming off year-round scheduling for the first time since 1995. "Anything we did, we would have to do twice because one-third of the students and faculty were off."

For 13 years, the school had three schedules, with two-thirds of students on campus at any given time. The school year was about 20 days shorter for each track, Lee said, but the days were longer, beginning at 7:40 a.m.

School officials are also excited about the introduction of more "small learning communities" and education partnerships with charter schools and political entities, such as the Mayor's Office and the teachers union.

Still, the district faces challenges in the 2008-09 year. Just keeping the building program on track to bring more students on traditional calendars means officials will have to ask voters to approve a $7billion bond on the November ballot. 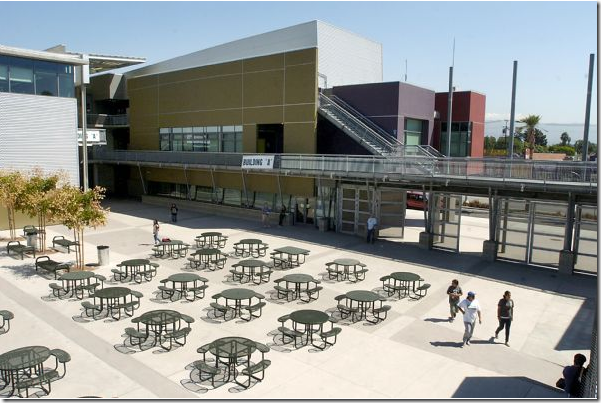 "Many of the changes we're seeing this school year are fabulous and give us hope for what the district can do, but there's a lot more we need to work on," said school board member Tamar Galatzan, who represents parts of the Valley.

With state lawmakers unable to reach agreement on a budget, the district also has no way of knowing exactly how much money it can spend.

On the eve of the new school year, school board members approved a $7 billion budget that has many worried about the classroom consequences.

"We're adopting a budget based on our best guess of what will come out of the state Capitol," Galatzan said. "We have schools starting. We have to tell schools how much to spend, but we don't know how much money we'll get."

Included within the budget are layoffs for no more than 150 classified employees and four days of unpaid leave for employees.

"I have major problems because that's a salary cut for employees and they haven't had a raise," said Senior Deputy Superintendent Ray Cortines.

Cortines said the budget uncertainty also has a psychological effect in the classroom.

"If teachers don't know if there is money for special programs, or if there's money for cost-of-living adjustments, it affects the classroom," he said. "As the saying goes, `If teachers aren't happy, nobody's happy."'

On Tuesday, principals at the two new local schools tended to last-minute details.

At Byrd Middle School on Arleta Avenue in Sun Valley, painters were still touching up a few buildings, said Principal Sohn Reynolds. The old school site, about two miles away, is closed.

Some 1,700 students are expected to show up today at the brand new campus. With a building for each grade level, students will not traverse campus from end to end as they did at the old campus. They will largely remain within their building throughout their three years for continuity with classmates and teachers.

Reynolds said the community is excited about the new school, noting that more than 2,200 students and parents attended the sixth-grade orientation last month.

Named after the former LAUSD superintendent who spearheaded the district's multibillion-dollar construction program, the new school was built for about 1,800 students. School officials expect 1,557 students today.

Galatzan said there are more educational options for parents than ever before. From conversions of traditional schools to affiliated charters, such as Colfax Charter Elementary School, to the UTLA-supported Woodland Hills Academy and the Mayor's Partnership for Los Angeles Schools, there are new education programs to keep an eye on.

Among the issues concerning the school board most is academic achievement. The district needs to improve attendance and graduation rates as well as meet national and state benchmarks while encouraging critical thinking, Galatzan said.

Closing the achievement gap between African-American and Latino students and their peers was a major point within Superintendent David Brewer III's back-to-school speech to principals last week and the focus of his new accountability measures set to debut this school year.

More than two-thirds of the district's Latino and African-American students fall short of state math and English standards, according to the most recent results of California's Standardized Testing and Reporting, or STAR, program, which measures proficiency in English, math, science, reading and writing.

"The fact that schools are returning to traditional school schedules after a year-round schedule, that's good news for everybody," he said, "and cause in and of itself to celebrate."