September 5 - On Thursday morning at the crack of early I met with Superintendent Brewer about some Bond Oversight Committee business and I found him in an exultant mood, eager to share the following test results.

I share his enthusiasm - and also the enthusiasm of Senior Deputy Superintendent Cortines in his cover memo to the API/AYP results - mistakenly addressed to the Board of Education when it is the students and classroom teachers who deserve the kudos!

Unfortunately our friends in the media - driven by the GLASS HALF EMPTY, FILM AT ELEVEN School of Journalism - chose to report on the darkness of the tunnel and not on brightness of the light. Test Scores are not the Goal in Life to be sure - but these are the scores that an awful lot of kids doing their best with their number two pencils earned with hard work.  They ...but also their teachers, administrators and school staff deserve recognition for remarkable achievement and genuine progress.   Their best this year is better than their best last year!

As Ray Cortines recognizes: "There is much to be proud of and there is more work that needs to be done. The test results how that we can make progress when students, teachers, administrators and parents work in a concerted effort."

SUBJECT: RELEASE OF THE 2008 API and AYP RESULTS

Attached is the board informative with the 2008 API and AYP results that will be released Thursday morning at 10:30 a.m. I am pleased to share good news with you about the progress that is being made at our schools. There is much to be proud of and I commend our students, teachers, administrators and staff for their hard work.

Here are a few of the highlights of the API scores:

While I am pleased with the academic progress of our schools, it should be noted that several schools did not receive an API score because not enough students were tested. Local District Superintendents and principals need to understand that not testing all students is not acceptable and cheats students of educational opportunities. I want to ensure that this does not happen in the 2008-09 school year.

In terms of the federal accountability results (AYP), the bar for proficiency percentages was raised this year and will continue to increase each year until 2014. Although the District did not meet AYP targets, there was in increase in the percent of students scoring proficient and advanced for each of our major subgroups.

The District met the graduation rate criterion for the first time since 2003.

The trajectory is in the right direction. One of the flaws of the No Child Left Behind (NCLB) Act is that even when schools make progress, the bar continually moves higher. While it may be demoralizing for students and for staff, I encourage all schools to continue to improve. It is imperative that all schools and staff understand the API and AYP data and its importance in instructional decision-making. Please call Cynthia Lim, Interim Assistant Superintendent of Planning and Assessment if you would like assistance in working with your staff regarding data

There is much to be proud of and there is more work that needs to be done. The test results how that we can make progress when students, teachers, administrators and parents work in a concerted effort. I commend you on your hard work. 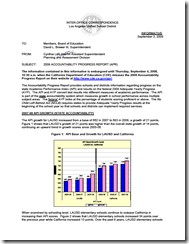 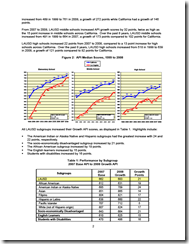 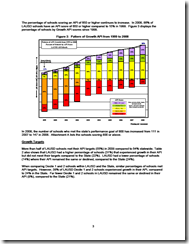 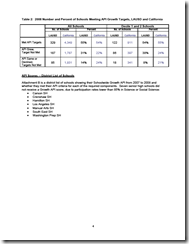 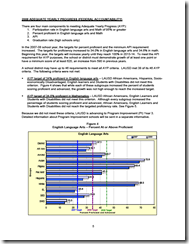 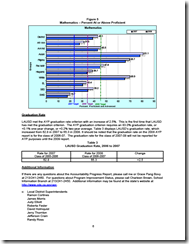 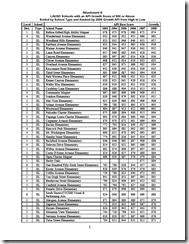 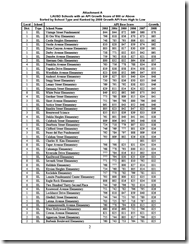 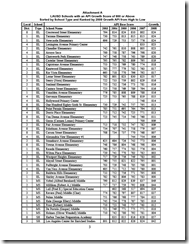 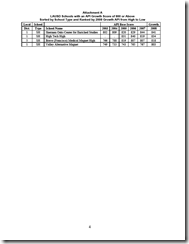 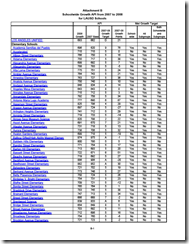 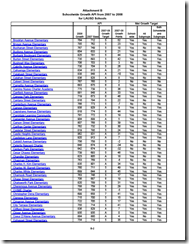 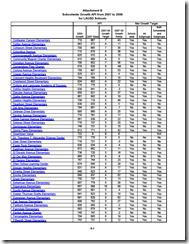 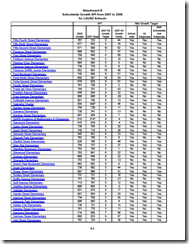 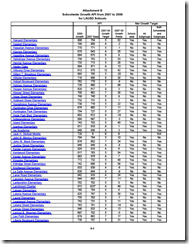 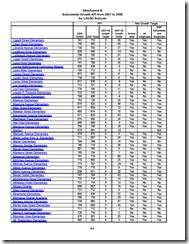 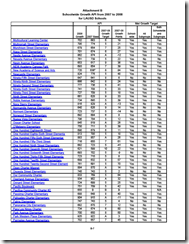 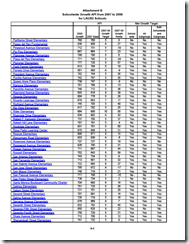 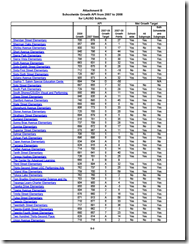 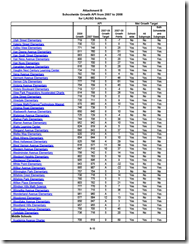 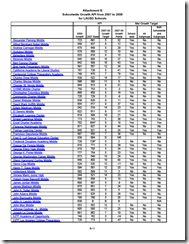 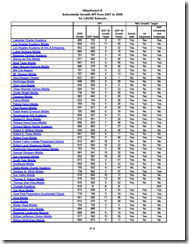 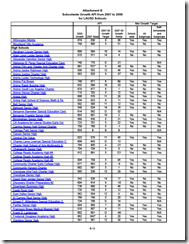 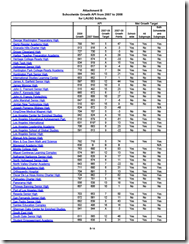 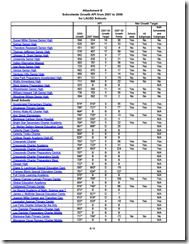 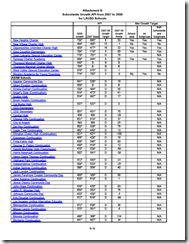 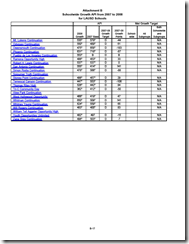