TOO MANY TESTS? OBAMA’S PLAN TREATS THE SYMPTOMS, NOT THE CAUSE

by The  LA Times Editorial Board | http://lat.ms/1H7lIpa 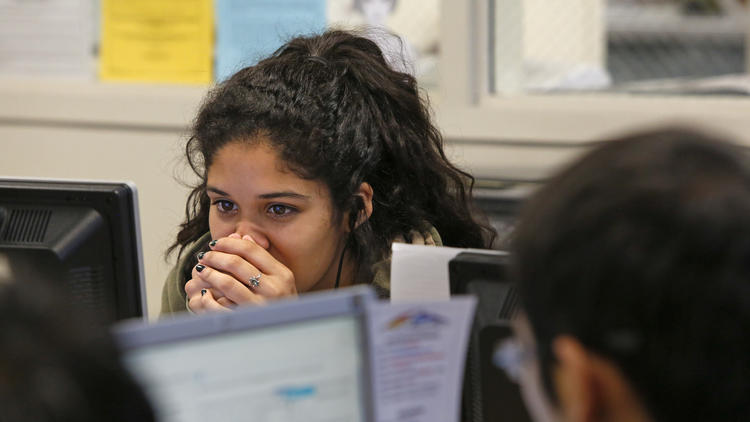 Oct 27, 2015 | 5AM  ::  The backlash against education reform as practiced by the Obama administration has been fierce and persistent, and not just from teachers. Parents have mounted their own protests by opting their children out of the annual tests that the 2001 No Child Left Behind Act requires schools to give. The two bills in Congress to reauthorize the law would return more authority over schools to the states.

President Obama appeared to join the backlash himself over the weekend, saying that students are taking too many standardized tests, and ones of poor quality to boot. He promised to help states figure out how to reduce testing, and to push Congress for legislation barring teachers from spending more than 2% of their class time on tests.

Does this mean the president finally realizes that tests have been given too much power over public education? Don't bet on it.

Obama hasn't voiced support for scaling back federal testing mandates, eliminating harsh measures against schools with low test scores or rolling back the Department of Education's requirement that states link teacher evaluations to test scores if they want waivers from No Child Left Behind's performance standards. California's refusal to give in to the evaluation mandate has kept it from receiving a waiver.

It's quite possible that students take too many tests. But the president's statement ignores why. By and large, the extra tests are used to measure whether students are on track to score well on the big, federally mandated test in the spring that evaluates their schools' performance, the one with serious consequences. Even more important are the much larger amounts of time devoted to rehearsing students for the spring test.

Has the president finally realized that tests have been given too much power over public education? Don't bet on it. -

Setting an arbitrary cap on test-taking time — the president's 2% isn't based on a strong body of evidence any more than the teacher evaluation policy was — is unlikely to reduce the time spent on test prep significantly. As long as schools with low test scores can be taken over by charter schools or lose half their staff under No Child Left Behind, and as long as teachers fear losing their jobs if their students' scores haven't measured up, classrooms will be focused more on tests and less on a rounded education.

Standardized tests still have a useful place. They provide an objective measurement of how well students are mastering math and language skills, point out achievement gaps and give useful feedback on which lessons haven't been adequately absorbed. They also signal that certain schools are in dire need of outside intervention.

If Obama is sincere about easing the testing frenzy, he should drop the teacher evaluation mandate and support intensive help, rather than punishment, for struggling schools. His existing proposal would treat the symptoms more than the cause.