Op-Ed in the LA Daily News by Edward Avila | http://bit.ly/rWbWFX

10/25/2011 - The Los Angeles Unified School District is the cornerstone of our community. It is critical that the district's more than 671,000 students succeed academically so that their families do better, the economy thrives, and Los Angeles continues to be a model of innovation.

The LAUSD and United Teachers Los Angeles have failed to come to an agreement over a renewed teacher contract. We must all demand that both parties put politics aside and complete negotiations on a new contract in the next 30 days.

Failure to do so will impede the progress that has been made over the last few years as a result of reform efforts such as Public School Choice, the Teacher Effectiveness Taskforce, implementation of Pilot Schools, innovative partnerships with external partners, and others.

Research overwhelmingly tells us that effective teaching is the single most important in-school factor in raising student achievement, and it is at the heart and soul of school improvement efforts. Unfortunately, the current contract between LAUSD and UTLA is an obstacle to effective teaching. It has an incredibly flimsy teacher evaluation and compensation system, is unresponsive to the continuous demands for teacher accountability and offers little freedoms to teachers to support their students and help them thrive.

policies don't work." To cite just one example, the report condemned the "must-place list," which forces three quarters of principals to hire teachers who are "rarely if ever a good fit for their school." The result: thousands of children continue to be lost due to a broken system.

The current system graduates only 56 percent of its students on time. And while the district's Academic Performance Index has been improving in recent years, proficiency levels are distressing: only 47 percent of students are proficient in English language arts and 52 percent in math.

A new teacher contract has a tremendous capacity to remedy this crisis -- but only if it includes key reforms, such as placing teachers according to student need and teacher talent rather than seniority. A progressive agreement must also include a meaningful evaluation system that relies in part on student achievement data and is linked directly to professional development so that struggling teachers can improve.

In this current economic climate, we cannot afford to lose this generation of students -- our future leaders and workforce -- to a failing education system that refused to act to implement positive change. The teachers union and the school district must come to an agreement that includes the elimination of "must place" hiring practices.

Finally, a new contract offers the chance to guarantee that parents have a meaningful role in their local schools by including parent input in teacher evaluations, and by protecting parent choice through innovative school models such as Zones of Choice, pilot schools, charters, and Public School Choice.

Given the stagnation of contract reform, one might assume that there is little support for it among the city's power players and educators. In fact, there is an abundance of support for a better teacher contract not only within LAUSD, but also within UTLA. Earlier this year, approximately 700 union members volunteered to participate in a pilot program to help design a new evaluation system.

Superintendent John Deasy, who appears determined to fix what's not working inside LAUSD, has already outlined a series of common sense contract reforms. Los Angeles Mayor Antonio Villaraigosa has offered strong support for most of those same reforms.

LAUSD and the UTLA must use this opportunity to effect positive change and genuinely provide students with the quality education that they deserve. It is time we all demand that both parties remain steadfast in their commitment to this work and to work daily until an agreement is reached. Don't continue to stifle progress that teachers deserve, students need, and parents expect.

Edward Avila is president of Los-Angeles-based Alliance for a Better Community.

smf: The use of the word ‘reform’ should be the first clue that there is less here than first meets the eye.

“Reform” has lost any meaning beyond its buzzword/spin-value – it’s an identifier of the corporate charter school/billionaire philanthropist/visionary-big-city-mayor/deregulate+unionize-and-make public-education-a-profit-center folk. That description is too long for the attention span and sound byte challenged; their own new brand name for themselves is: “Don’t Hold Us Back”. 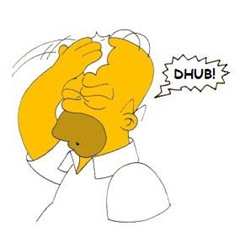 Alliance for a Better Community is alphabetically the first organization  in DHUB.

And ABC and DHUB – and Families in Schools and the other components in DHUB correspond with #’s 29 + 30 in By the Numbers: How to Tell if your School District Has Been Infected by the Broad Virus:

29. A rash of Astroturf groups appear claiming to represent “the community” or “parents” and all advocate for the exact same corporate ed reforms that your superintendent supports — merit pay, standardized testing, charter schools, alternative credentialing for teachers. Of course, none of these are genuine grassroots community organizations. [see: HOW TO CREATE A FAUX GRASSROOTS ED REFORM ORGANIZATION IN 12 EASY STEPS!Posted by Sue Peters on seattleducation2011| http://bit.ly/ejZdRT]

30. Or, existing groups suddenly become fervidly in favor of teacher bashing, merit pay or charter schools. Don’t be surprised to find that these groups may have received grant money from the corporate ed reform foundations like Gates or Broad.

Avila quotes the National Council for Teacher Quality report on LAUSD , a “study” bought+paid-for by The Gates+Broad Foundations – and #17 in By the Numbers: How to Tell if Your School District Has Been Infected by the Broad Virus:

17. A (self-anointed, politically connected) group called NCTQ comes to town a few months before your teachers’ contract is up for negotiation and writes a Mad Libs evaluation of your districts’ teachers (for about $14,000) that reaches the predetermined conclusion that teachers are lazy and need merit pay. ["The (NAME OF CITY) School District has too many (NEGATIVE ADJ) teachers. Therefore they need a new (POSITIVE ADJ.) data-based evaluation system tied to test scores…”]

Not all of what Avilla calls for is bad.

Progress and Accountability and Transparency and  a Real Role for Parents in the Discussion are laudable – and hopefully achievable.  But by “Progress” I don’t mean API and AYP as measured by NCLB  - that’s the Progresso Alphabet Soup.   Real progress isn’t data - it’s young people becoming independent thinkers and lifelong learners. By “Parents” I mean we-know-who-we-are-parents …not community-organizer-organized-parents, or Astroturf grass-roots parents or charter school parents or Parents Union parents or parent revolutionaries …or LAUSD Officially Recognized Parents from the wonderful folks at the “new” LAUSD Parents and Community Services Branch.

Transparency and Parent Engagement and Progress – and let’s say it : Reform - will not be achieved by full page ads in the newspaper or Op-Eds that echo the DHUB ads like a quid-pro-quo between the Advertising Department and the Editorial Board – not unlike the favorable restaurant reviews that echo the ad buy.

It’s going to take hard work and true give-and-take negotiations between the negotiators – with both sides remembering that public education is neither an employment scheme nor a revenue engine or a political stepping stone  – those are the adult issues.

The real issue is educating our children to be intelligent, meaningful, productive – and cynical - members of society.