IS FEAR OF BILINGUALISM PART OF U.S. CULTURE?

October 29, 2010 1:01 PM |In the more than 30 years that Kenji Hakuta, an education professor from Stanford University, has been studying English-language learners, he's come to realize that many Americans are threatened by bilingualism, he said in at the 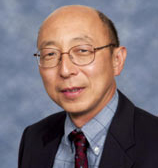 seventh annual Brown Lecture in Education Research last evening. The lecture about equity in education is sponsored by the American Educational Research Association.

"We don't need to be scared by bilingualism, although we probably will continue to be, because it's a cultural thing," said Hakuta. Then he quipped that he wishes Stephen Colbert, a comedian who mocks unfounded fears of Americans on Comedy Central, would "do something with that."

Hakuta gave a brief history of theories for educating English-language learners that have emerged since the 1970s. He said the debate over whether bilingual education or English-only instruction is better for ELLs has eaten up a huge amount of political and research energy. He called research comparing the two approaches "horse-race studies." In summation, Hakuta said, all things being equal, bilingual education seems to yield a more positive outcome in reading for ELLs than English-only instruction does.

Hakuta praised U.S. Court of Appeals for the Fifth Circuit Judge Carolyn Randall for spelling out a map for educating ELLs in the 1981 case, Castañeda v. Pickard, which followed a 1974 U.S. Supreme Court case, Lau v. Nichols, that said schools had to provide a bridge to the curriculum for ELLs. The Castañeda v. Pickard map is that a program for ELLs should be based on sound educational theory, implemented with adequate resources, and be evaluated for results. That interpretation, said Hakuta, "gives us a crack in the door for those of us working in this area."

Recently, the field has focused on how to teach ELLs "academic language," or the language of school, he said. He stressed the need for regular content teachers to get engaged in this endeavor. Hakuta noted that "English-language development takes time. We can be more focused and direct, but it still takes time."

He said he and other researchers are now focusing on providing advice for how the Elementary and Secondary Education Act can best be reauthorized to benefit ELLs. A big problem, he said, is that identification and reclassification procedures for ELLs are not stable. He said that the category for ELLs should count students who have become fluent in English so that the data doesn't have a "revolving door problem." As matters stand now, ELLs who become fluent in English are moved out of the category, leaving the students without full proficiency behind, so it's hard to measure progress with the overall group, he said.