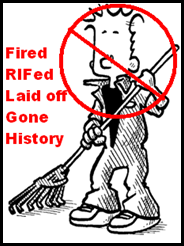 10/12/2010 08:47:50 PM PDT - After a lengthy and heated discussion, the Los Angeles Unified school board on Tuesday sided with Superintendent Ramon Cortines over a controversial plan to reduce the number of plant managers at district schools.

On a 4-3 vote, the board rejected a plan to restore the staffing of one plant manager at every school, a proposal that had led to Cortines threatening to resign last week.

The resolution would have overruled a previously approved cost-cutting plan drafted by Cortines to cut up to 250 plant managers - who oversee maintenance and facilities issues at schools - to save the district about $11 million.

Cortines was so upset by the last-minute resolution that he wrote a memo to board members late last week expressing his opposition and offering his official resignation, which district officials said he later retracted.

"If the choice was to keep things as we had them years ago, then the decisions would be clear, but the old system is gone, we simply cannot afford it anymore," added board member Tamar Galatzan.

Under Cortines' plan, 250 small elementary schools will no longer have a full-time plant manager and instead will get teams of custodians to cover between 12-16 hours of cleaning time per day.

Historically, every district school has had a full-time plant manager to deal with everything from opening the school to handling all facilities-related matters during an emergency.

Richard Vladovic, one of three board members who authored the resolution, stressed that eliminating the plant managers would hurt schools and place more burden on overworked principals.

"We've cut gardening services and maintenance services. ... If something goes down these people know what to do. ... Let's not cut one of the lifelines," Vladovic said.

Several parents and principals also pleaded with the board to keep plant managers at all schools because of safety and security concerns.

Gomez even offered to help raise funds to keep the positions, and former LAUSD board member and state legislator Jackie Goldberg urged the school board to launch a pilot plan to ensure that the team- cleaning approach could work before they rolled it out to so many schools.

"There are places where this might work magnificently, others where this may be a dismal failure and everything in between," Goldberg said.

However Cortines stressed that he'd laid out the plan to cut plant managers eight months ago and said his staff had held several meetings with principals and parents to work out the kinks.

He also said schools would be allowed to opt out of the plan, but they would have to be prepared to cut something else from their budgets.

"I have done everything possible in this district for almost three years to provide stability, continuity, accountability and deal with the issues as they arise," Cortines wrote a memo to board members.

"It is obvious that the majority of the board does not practically and realistically recognize the situation that the district is in."

Board member Nury Martinez also said she took "personal offense" that some of her colleagues on the board were writing a resolution to bring back some employees but not others.

"I wish I could write a resolution to bring back library aides, office technicians, to help our employees that took a 17 percent pay cut this year," Martinez said.

"Or how about reinstating the five instructional days we took from our kids this year. ... Why isn't anyone fired up about that?"

L.A. school board votes to proceed with plant manager cuts

Members vote 4 to 3 to keep the budgetary move that will affect hundreds of elementary schools after Supt. Cortines threatened to retire early. Parents express concern.

October 13, 2010 - The Los Angeles school board voted narrowly Tuesday to keep intact a budget cut that will eliminate plant managers from hundreds of elementary schools, a move that critics say will result in dirtier and less-safe campuses.

In response to concerns from parents and employees, board members had attempted to restore the positions. But L.A. Unified School District Supt. Ramon C. Cortines, who proposed the cut to deal with a budget shortfall, denounced the board's intervention in an internal memo and threatened last week to resign early over the issue. Cortines said that reversing the cuts would have cost about $16.3 million.

In his Friday memo to the board, Cortines moved up his retirement to the end of 2010. He previously announced that he expected to leave in 2011, after working out a budget to address next year's anticipated deficit.

In an interview, Cortines declined to address his vow to retire sooner. "I'm not going to discuss that," he said near the end of a wider-ranging interview.

On Tuesday, a 4-3 board majority sided with Cortines.

"We either trust this man to figure it out for us or we don't," board member Nury Martinez said. She cited various difficult cuts, including shortening the school year. "It's a messed-up situation. We've done some really horrible things to kids and it's not OK."

The resolution at issue, sponsored by three board members, was to restore plant managers for the current school year, stating that they are "integral to keeping our schools safe, clean and secure during the school day."

Plant managers oversee custodial and maintenance operations and handle a range of school emergencies, including broken tree limbs and water pipes as well as sewer leaks. They secure the campuses and deal with assorted other tasks.

A typical elementary school formerly had a plant manager and two maintenance workers. Under the latest staffing reduction, such a school has one building and grounds worker. A smaller number of plant managers will then oversee the cleaning of three to five schools after school hours.

The strategy, in essence, replaces some 240 higher-salaried managers with a larger number of lower-paid workers. This exchange is necessary after two consecutive years of 20% cuts in maintenance budgets if schools are to remain clean, said James Sohn, head of the district's facilities division.

"Principals are very worried," said Judith Perez, president of Associated Administrators of Los Angeles, which represents administrators. "We've been saying this is unwise and dangerous."

Ivanhoe Elementary parent Alex Kapp Horner said that without the Silver Lake school's plant manager, "we are putting our kids at risk."

"We cannot ask our principal to do more," she said, saying that parents rely on the plant manager "to be educated in emergency procedures, safety procedures and the general safety of our students."

Board member Richard Vladovic, a former principal, said he meant no insult to Cortines, but "I can't do justice right now to all the characteristics of a plant manager — you have to live it."

He added: "It is difficult enough to be in a school today. Let's not cut one of their lifelines."

Cortines responded in a conciliatory manner.

"This is a very tough call," he said.