LAUSD BOARD MEMBER YOLIE FLORES NOT RUNNING FOR RE-ELECTION

06/04/2010 07:57:39 PM PDT - Los Angeles Unified School Board member Yolie Flores announced Friday that she will not run for re-election this fall and will leave vacate her seat once her term is over in June 2011.

Instead Flores will be leading a newly-created education advocacy organization backed by the Bill and Melinda Gates Foundation that will focus on education reform.

Flores will be working part-time as an executive director for the still unnamed organization, and will take the job full-time when her term is over.

Flores was elected to the LAUSD the school board in 2007 to represent Local District 5, which houses some 115,000 students at more than 115 schools primarily in Southeast Los Angeles.

During her term she has been known for pushing major reforms at the district, including launching the "Public School Choice" plan that allows charters, teacher collectives and non-profits to compete to operate new and under-performing schools.

"I never ran for school board for political reasons - I wanted to make the lives of children better," Flores said.

"Now I plan to continue working on reform...just in a different role," Flores said 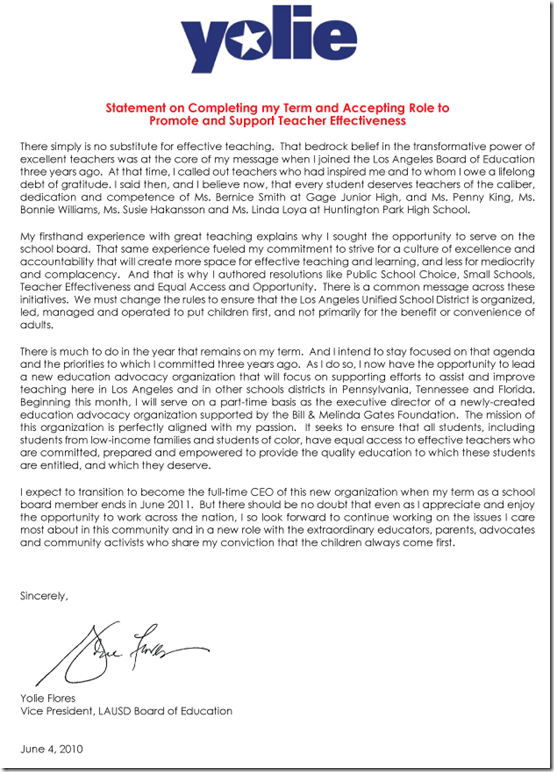