U.S. PUBLIC EDUCATION NEEDS A BAILOUT: Robert Reich says deciding who studies what and in what grade is well worth a conversation but first, he says, we've got to fix a bigger problem. 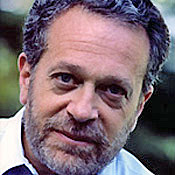 commentary on npr’s marketplace: Robert Reich is a professor of Public Policy at the University of California, Berkeley.  He was secretary of commerce in the clinton administration.

Soon the Obama administration is expected to announce billions in extra federal funds for under-performing public schools. Commentator Robert Reich says the administration needs to do a lot more.

Listen to this Commentary

Kai Ryssdal: Amy Scott was telling us a couple of minutes ago about those new proposals for some kind of unified nationwide education policy.

ROBERT REICH: The recession has ravaged state and local budgets, most of which aren't allowed to run deficits. That's meant major cuts in public schools and universities, and an unfathomable future deficit in the education of our people.

Across America, schools are laying off thousands of teachers. Classrooms that had contained 20 to 25 students are now crammed with 30 or more. School years have been shortened. Some school districts are moving to four-day school weeks.

Community colleges are reducing their course offerings and admitting fewer students. Public universities, like the one I teach at, have raised tuitions and fees, which means many qualified students won't be attending.

Last year, the nation committed $700 billion to bail out Wall Street banks, the engines of America's financial capital, because we were told we'd face economic Armageddon if we didn't.

We've got our priorities backwards. Our schools are the engines of our human capital, and if we don't bail out public education we face a bigger economic Armageddon years from now.

Financial capital moves instantly around the globe to wherever it can earn the best return. Human capital -- the skills and insights of our people -- is the one resource that's uniquely American, on which our future living standards uniquely depend.

Starting immediately, the federal government should give states and local governments interest-free loans to make up for all school and university budget shortfalls. The loans can be repaid when the recession is over and local and state tax revenues revive.

Over the long term we've gotta shift incentives away from financial capital toward human capital. A tiny one half of 1 percent tax on all financial transactions would generate about $200 billion a year, according to the Economic Policy Institute. That might put a crimp on Wall Street bonuses, but it's enough to fund early childhood education, smaller Kindergarten through grade 12 classes, and lower tuitions and fees for public higher education.

The Street's financial capital is important to the American economy, but over the long term the classroom's human capital is absolutely critical.