FROM THE NY TIMES: School Suspensions Lead to Legal Challenge + Bill Proposes Increased Aid to the Needy for College +Despite Gains, Charter School Is Told to Close + Barriers Found to College Degrees for Hispanics 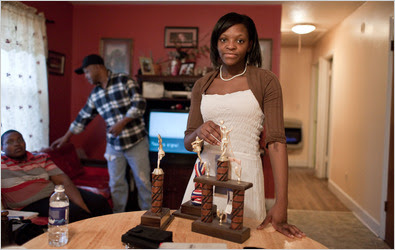 Viktoria King was tutored at home after she was suspended for a semester for fighting at her school in Chocowinity, N.C.

Racial and constitutional questions are raised in the suspension of students after a fight at their high school.

Bill Proposes Increased Aid to the Needy for College

The federal government would increase financing for Pell grants by $36 billion over 10 years under a Democratic plan.

Despite Gains, Charter School Is Told to Close

As New York State moves to shut down an Albany charter school, it is apparent that holding schools accountable is not always so easy, or bloodless, as numbers on a page.