♪ smf notes: Thank you KPCC!  THE FIRST STORY below tells of testimony from parents at Tuesday's Board of Ed meeting, where a succession of parents were called up to speak and then not-responded-to by the board …with the exception of Dr. Vladovic’s dramatic scene, in which he fulminated, pontificated and stormed out of the room …not exactly modeling responsible adult behavior.

I know it is not considered good form for the board members to actually respond to public comment at board meetings  (beyond  the perfunctory “YourTimeIsUp-ThankYou-Next!”) – this is a colossal but convenient misinterpretation of the otherwise pretty-much-ignored Brown Act. And to not acknowledge parents (some reduced to tears) is disrespectful; to spin criticism-of-policy into insult-to-teachers - after you’ve just laid off 5000+ of them - is picture-postcard arrogance.

THE SECOND STORY  contains a little more insight into the real new permit policy – including Assistant Superintendent Rene Gonzales’ very correct description of the appeal process to LACOE.  In terms of raw politics and playing-well-with-others LAUSD hasn’t made a lot of friends at LACOE – one would expect appeals to LACOE would mostly be decided in parents’ and small school districts’ favor. I wouldn’t be be counting on this policy saving LAUSD much money – adjudicating it could ultimately cost more!

THE THIRD STORY, based on Cortines interview with Patt Morrison shows that the superintendent  intends to set up his own appeal procedure – and that it will be sympathetic to parents and kids in programs (like dual language immersion) not duplicated in LAUSD. Hopefully that process will satisfy parents, otherwise they will go to LACOE, the State Board of Ed …and ultimately the courts.

Something to think about:  Cortines states that he, the board and the bargaining units are agreed that they don’t want to see the district go into receivership – for the reason that such a situation would re move them from the decision making process.

Does this not describe mutual self-interest rather than altruism? 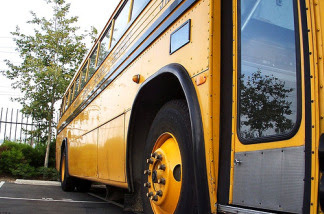 March 23, 2010 | Parents spoke passionately today against a new Los Angeles Unified School District policy that will drastically cut back the number of students allowed to enroll in schools outside the district.

Last year L.A. Unified issued permits to more than 12,000 students to attend schools in Torrance, Santa Monica, Simi Valley and Manhattan Beach among other districts. L.A. Unified’s superintendent said that doing so cost the district $51 million in state per-pupil funding that goes to the districts in which students enroll. He said that budget cuts compel L.A. Unified to scale back the use of those permits.

Carlos Zubieta of Venice has a permit for his seven-year-old daughter to attend a Spanish immersion program in Santa Monica public schools. He told L.A. Unified school board members that they hadn’t done enough to improve schools in their district. "If you had fixed them, they would come back. If you showed us what type of solutions you had for us, we would come back. You’re forcing us back, which is a completely different approach."

Gillian Bonacci of L.A. has a permit for her son to attend an Italian-immersion program in Glendale. She told school board members they’re changing a longstanding policy too late for her to find a suitable school within L.A. Unified. "By denying this permit I will either have to uproot my family from our neighborhood community or uproot my son from his school community. And you want me to send him to a K-5 school with almost 30 percent more children, an appalling diversity index of 31 percent, and an API that does not meet the state minimum goal of 800."

Board member Steve Zimmer told KPCC that he favors an exception for students enrolled in language immersion programs.

A dozen parents spoke out against the permit change. Some said they understood that the economy's compelling board members to find ways to recoup funds while other parents said their kids would have no choice but to enroll in "second class" L.A. Unified campuses.

Angry and leaning forward from his chair, San Pedro-area board member Richard Vladovic took issue with that characterization. "We have 40,000 great teachers in L.A. and I'm going to tell you, I don't have to listen to somebody denigrate it. If he's got a problem and his child wants to, we have a process. But to blanketly indict our teachers and this district, no way. And I won't listen to it."

If L.A. Unified moves forward with the policy, school districts in Torrance, Culver City, and Santa Monica stand to lose millions of dollars in state per-pupil funding from students who leave their districts and return to L.A. Unified schools.

LAUSD to review, and maybe deny, thousands of student transfers

A student on his way to school walks past a Los Angeles Unified School District (LAUSD) school, in Los Angeles, California on February 13, 2009. Robyn Beck/AFP/Getty Images

The move could save the district $51 million, but it’s also angered L.A. parents who say they have good reason to put their children in other school districts.

"We recognize that there are some situations in which parents have enrolled their children in unique or specialized programs that we don’t offer currently in the district," said Gonzalez.

"And we are going to take a look at those and where it seems appropriate, we will also grant those permits."

Parents who work for other school districts will get transfer permits, said Gonzalez.

But Gonzalez, who spoke with KPCC’s Larry Mantle, said parents can go to the L.A. County Department of Education and appeal a transfer denial.

"When they receive a notice from us that we are not approving the permit, they can go onto the LACOE Web site and download the appeal application," said Gonzalez.

He said the Los Angeles County Board of Education will review those appeals. 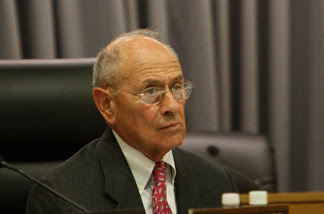 March 24, 2010 -- 7:44 p.m. | No government agency has been spared from the consequences of the economic downturn, and the Los Angeles Unified School District has been especially hard hit by declining enrollment and drops in funds from state and federal sources.

On top of the $640 million budget deficit, staff layoffs, and furloughs, the district recently decided it will limit inter-district transfers, gaining $51 million in state funds next year by keeping students at their local schools. Today, the superintendent was emphatic that his review committee would look at each request to transfer districts on a case-by-case basis.

“I’ve set up a panel to look at every permit on its merit… on its merit. And it’s not just child care. It’s not just the inconvenience of a single parent. There are educational programs that we do not offer that we should be offering. I’m not going to penalize the family or the student [by] not allowing them to go [to a school that does offer those programs],” said Cortines.

The superintendent also raised the question of parental involvement in schools. In a meeting last night he asked parents, “Where were you in fixing your own school so you didn’t have to leave and go some place else?”

The LAUSD and Cortines have insisted that the policy to cut inter-district transfers could save millions of desperately-needed dollars for the district.

“So we are going to be fair and we are going to look at merit, but people are going to have to look at what it costs us. We lose in the neighborhood of over $50 million based on permits,” he said. “I’m cutting jobs, I’m trying to find revenue and yet we have leaky dykes. And there are legitimate reasons for children and families to be in other schools, but we need to be on top of this and I intend to do it.”

Cortines gave an example of a transfer request he did not see as having merit: A parent requested that their child be transferred to another district’s school with a well-known arts program. But Cortines insisted the child’s current Los Angeles Unified school had one of the best art programs in the district. “What it said to me is maybe they just didn’t want to go to school with students that are the color that I am, and darker.”

One caller, the mother of a child enrolled in an LAUSD school, raised issue with the comment, saying, “I am a little offended by your comment related to the fact that anyone is pulling their kids out of the LAUSD district because of color,” she said. “I think your comment was directed at people that are white, but in effect, what you have done is to insult anyone that takes their child out of a school.”

Cortines replied, “Nobody in America has been involved in integration and desegregation more than I have in every school district I’ve served. But I think it is naïve if we do not think that we all have some prejudice and that some of our decisions are made on that. It is not about white, it is not about African-American or Asian or Latino. Parents want the best for their children and I understand that, but I also believe that parents have the responsibility, that instead of running to someplace else, to take over their school and make it the very best it can be.”

In the interview, the superintendent also touched on recent layoffs and furloughs saying, “There isn’t anything that I have done that I would do if I had money.”

When Patt Morrison brought up the option of bankruptcy, which the district could face if it fails to reduce the deficit in time, Cortines insisted that the current options are better than what might happen if the government is forced to take over the district.