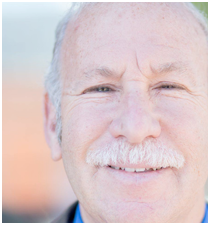 As a resident in the district, which covers a large part of the San Fernando Valley, I have watched the campaign unfold.

Scott Schmerelson (photo) has managed his resources well – four canvassers have covered my neighborhood in the past four weeks, and there has been at least one mailer per week.  By contrast, no canvassers from Tamar Galatzan and an irregular flow of mailers. Very few calls from either.

Schmerelson’s outreach seems to be better organized. I am not surprised since he has the teachers in his corner.  It appears Galatzan is depending on typical partisan supporters to spread her empty message.

It’s the message that really counts.

Schmerelson’s campaign literature has focused on his career as a well-rounded educator who is committed to not repeating Galatzan’s costly mistakes – using school construction funds on the ill-conceived iPad rollout, negligence in oversight of those responsible for the design and implementation of MISIS and tacit support for an administrative culture that is bankrupting the school system.

Schmerelson is a closet Republican! Nothing more.

Probably because she has nothing more.

In a race for a seat for which education credentials and management skills are the tools for making the most of limited resources, party affiliation means nothing. I happen to be a Blue Dog Democrat who could care less about partisanship in this race.  I want a well-managed school system that delivers the best possible outcome for the students. I also want a board member who devotes full-time attention to the business of the LAUSD, not a part-timer like Galatzan.

I might add that the Democratic Party has emphatically stated it has not made an endorsement! So much for Galatzan cloaking herself as a party standard-bearer. I scarcely believe that the Americans for Democratic Action would endorse Schmerelson if his party affiliation were an issue.

It comes down to if you want a continuance of failed oversight by a politically ambitious, hand-picked lackey from Villaraigosa’s days, or a true educator committed to fiscal responsibility, one who knows what the classroom is all about.

I urge you to vote for Scott Schmerelson on May 19th.