BROWN: $65.7 BILLION FOR SCHOOLS NEXT YEAR

“As I’ve said before, I will not make the students of California the default financiers of our colleges and universities.” 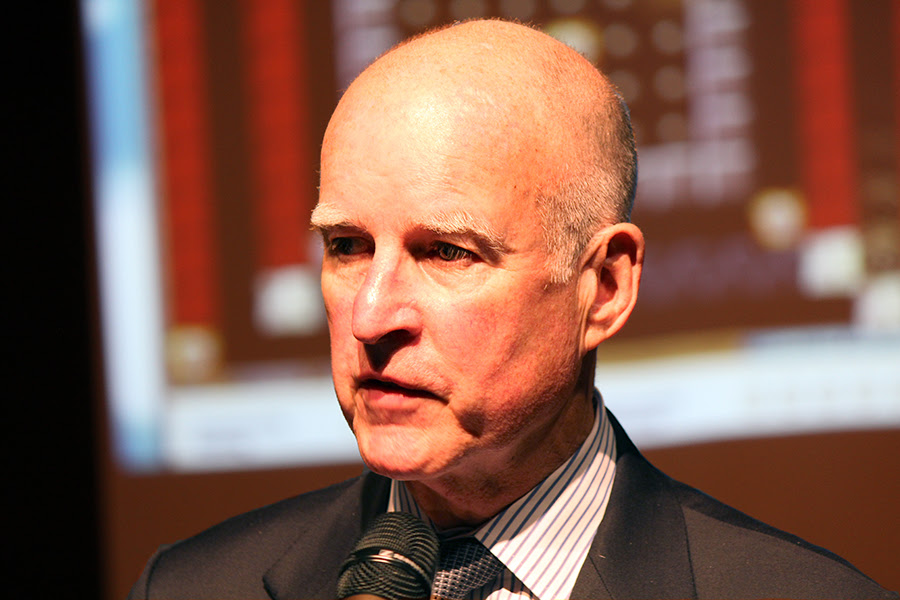 January 5, 2015  ::  In an inaugural address rooted in nostalgia but boasting ambitious goals for the future, Gov. Jerry Brown again identified education as a key focus – giving it top billing during remarks at his historic fourth swearing-in ceremony Monday and forecasting billions in additional school funding next year.

“After years of underfunding and even borrowing from our local schools, the state now has significantly increased its financial support for education,” Brown said.

Brown did not offer specifics on next year’s education funding proposal, but those details will be revealed Friday when the governor is expected to unveil his budget proposal for 2015-16.

“Educating the next generation is fundamental to our collective well-being,” Brown said in his 23-minute address.

He touted his Local Control Funding Formula, the state law that gives districts more leeway over how they spend their money and gives additional funding for low-income students, English learners and foster children.

Brown also thanked voters for approving “temporary taxes” – Proposition 30 of 2012, which raised additional revenue for schools – as well as for approving Propositions 1 and 2 in November. The measures, both backed by Brown, provide money for water projects and to create a “Rainy Day Fund” for economic uncertainties.

Also Monday, State Superintendent of Public Instruction Tom Torlakson was sworn in for a second term in a ceremony at Mount Diablo High School, the Concord campus where he taught science and world history.

“We face huge challenges in California,” Torlakson said in his address. “Yet we also have incredible opportunities – to make the investments that restore our state to its rightful place as a leader in public education; to give every child the chance to learn in a safe and healthy school environment; to bring teachers, parents, and advocates together in a thoughtful and productive dialogue that makes learning a priority; to bring 21st century learning to every school; and to hold ourselves accountable for the dollars we spend and the results we achieve.”

“Educating the next generation is fundamental to our collective well-being. An issue that has plagued our schools for decades is the enormous barrier facing children from low-income families. When my father was governor, he sought to remedy the wide inequities among different school districts by calling for equalization of funding. His efforts were not successful.

Now – decades later – we have finally created a much fairer system of school funding, called the Local Control Funding Formula. Under the provisions of this law, state funds are directed to school districts based on the needs of their students. Districts will get significantly more funds based on the number of students from foster care, low-income families and non-English-speaking parents. This program also breaks with decades of increasing centralization by reducing state control in favor of local flexibility. Clear goals are set, and their enforcement is entrusted to parents and local officials. This puts California in the forefront of educational reform.

After years of underfunding and even borrowing from our local schools, the state now has significantly increased its financial support for education. Next year schools will receive $65.7 billion, a 39 percent increase in four years.

The tasks ahead are daunting: making sure that the new system of local control works; recruiting and training tens of thousands of teachers; mastering the Common Core Curriculum; and fostering the creativity needed to inspire students. Teachers need to be held accountable but never forget: they have a tough job to do. They need our encouragement, not endless regulations and micro-management from afar.

With respect to education beyond high school, California is blessed with a rich and diverse system. Its many elements serve a vast diversity of talents and interests. While excellence is their business, affordability and timely completion is their imperative. As I’ve said before, I will not make the students of California the default financiers of our colleges and universities. To meet our goals, everyone has to do their part: the state, the students and the professors. Each separate institution cannot be all things to all people, but the system in its breadth and diversity, through real cooperation among its segments, can well provide what Californians need and desire.”