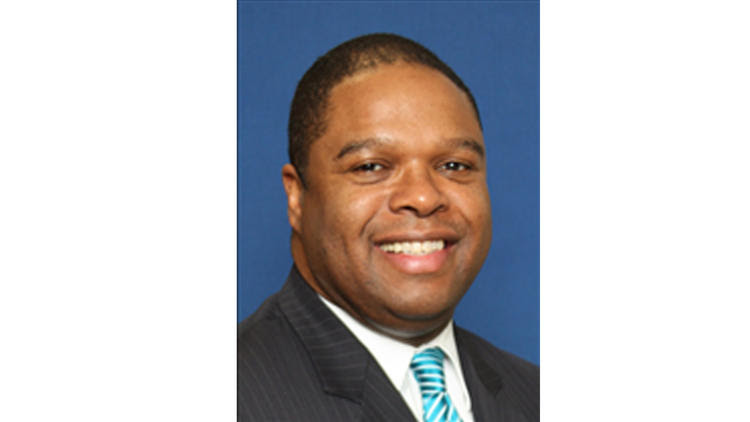 Oct 31, 2014 | 8:20 PM  ::  The head of technology for the Los Angeles Unified School District has resigned, the latest fallout from two troubled technology efforts: the iPads-for-all project and a new student records system.

Ron Chandler, the chief information officer, headed technology programs for the nation's second-largest school system starting in 2010. For most of his tenure, district officials described his presence as something of a coup, based on his extensive background in private industry and government service.

In March, the district announced that Chandler was named "among the top 100 communications technology professionals nationwide" by Computerworld magazine.

But Chandler, 52, became associated with two major, troubled projects. The first was a $1.3-billion effort to provide every student, teacher and campus administrator with an iPad, a flagship initiative of former Supt. John Deasy.

Chandler and his team bore responsibility for some of the problems that accompanied the iPad rollout at 47 schools last year. For example, immediately after receiving iPads last year, students at three high schools figured out how to delete the security filter and freely browse the Internet.

Officials immediately took back the devices, and some schools made little use of them for the remainder of the year. L.A. Unified also has had problems remaining on time and on budget in its upgrades of broadband networks at schools — although such difficulties were widely anticipated.

This fall, computer distribution slowed, purchases under the iPad contract were suspended and other devices are being tried out.

Chandler could not be reached Friday, but he said in a recent interview that it's crucial for the district to press on in providing technology to students.

"I don't think we've spoken enough about the risk of omission," he said. "We talk about cost. But not about the students that, if we don't do this, will continue to be left behind. This is not just a matter of dollars and cents, but are we going to invest in your children?"

Chandler's position apparently became untenable in the wake of a second technology project called My Integrated Student Information System or MISIS. The system eventually is expected to integrate all student records, keeping parents informed of student progress, allowing educators to tailor instruction and helping students stay on track with graduation and college requirements.

But the system wasn't ready when it launched districtwide in August, and it caused chaos across the sprawling district of about 600,000 students.

As if to underscore the link between Chandler's departure and MISIS, new Supt. Ramon C. Cortines announced the resignation at the top of a written update on the records system.

With a Saturday deadline looming on some students' college applications, administrators still are trying to verify the accuracy of seniors' transcripts. Unresolved issues include courses appearing more than once or not at all and dropped classes appearing as still in progress.

Cortines earlier this week assigned additional counselors and administrators, including retirees who agreed to return, to high schools to help rectify problems.

Among many other issues is that some 4,600 parent/guardian records need to be verified or obtained again.

"This is not a pretty report," Cortines said in an interview. "It does not have anything good to say."

In recent weeks, Chandler appeared repeatedly at public meetings to apologize for the problems, describe what happened and update progress. Board members and others have expressed appreciation for his candor and also for his regular, frequent appearances in which he explained complex technology-related matters. But they have also criticized both efforts over which he had substantial control.

Under a separation agreement, Chandler will be paid through the end of the year, but his resignation took effect Friday. His annual salary was $212,724.

School board president Richard Vladovic said Friday that the district needed "new leadership in that area."

Cortines also took other steps this week related to the problematic student records system. He terminated the contract of a project consultant, Bria Jones, who was being paid at an annual rate of $280,800.

The superintended has asked another consultant, Gary Sabia, to oversee fixes. Sabia previously helped upgrade the cafeteria management system and the transportation system. His pay is $255,000 per year.

In addition, Cortines scheduled a special Board of Education meeting Tuesday on the records system.

Two other moves were intended to tighten district purse strings. Cortines announced a hiring freeze for non-school positions through January. He also took steps to limit off-campus meetings to reduce the use of substitutes and out-of-town travel.