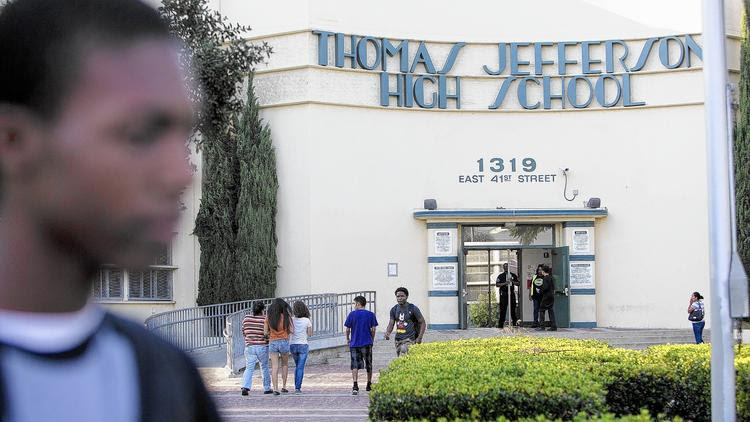 11 October, 2014  |  John Deasy notched what he considers a win this week, when an Oakland judge ordered state education officials to rescue students trapped in chaos and dysfunction at Jefferson High in South Los Angeles.

The Los Angeles Unified superintendent called the ruling a "victory for youth in challenging circumstances."

What Deasy didn't say is that those circumstances have been made considerably more challenging by his inaction and his district's ineptitude. 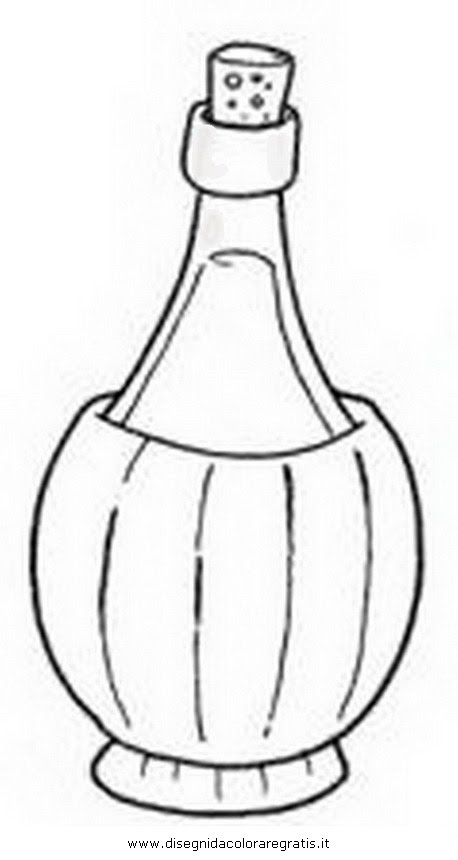 Jefferson was thrown into turmoil in August by the failure of a new computerized system the district relied upon to schedule the school's 1,500 students. Hundreds of students have gone without schedules, been assigned to courses they've already taken or been locked out of classes they need for graduation.

French, from Italian, from fare fiasco, literally, to make a bottle

…enough to drive one to drink – but luckily I can walk there from here!

Eight weeks into the semester, their schedules are loaded with space-fillers — periods labeled Service, Adult Class or Home, that offer no instruction and waste the time of teenagers already at risk of falling academically behind.

Those "content-less" classes are the target of a Northern California lawsuit alleging the state has ignored its obligation to ensure that all students have access to an adequate education.

Jefferson became a focal point because its troubles illustrate the issues at stake: Students hanging out in the auditorium or performing clerical tasks, or simply being assigned to go home because their schools don't have the will, the resources or the leadership to engage and educate them.

"We have kids at Jefferson with four of those classes in a day," said Mark Rosenbaum of Public Counsel, the pro bono law firm that, along with the ACLU, is asking state officials to correct conditions that deprive the students of their constitutional right to an adequate education.

The case won't be resolved for months, but after hearing the stories of students, counselors and teachers at Jefferson, Judge George Hernandez deemed the school's problems so outrageous, he ordered immediate fixes — and laid the blame squarely on Los Angeles Unified officials.

"There is no evidence of any organized effort to help those students," Hernandez's ruling declared. Deasy "expresses appropriate outrage," but doesn't seem to have done anything "to remedy this shocking loss of instructional time."

That's what is shocking to me.

This is the same superintendent who fired a substitute teacher on the spot because he felt she was wasting instructional time by having 12th-graders copy a list of classroom rules into composition books.

Yet he's allowed hundreds of students in one of the city's poorest neighborhoods to waste hours of instructional time every day for almost two months.

And when outsiders finally shine a spotlight on the problem, Deasy is on the sidelines applauding.

I'd like to ask Deasy to explain his hands-off stance, but he left this week for a tour of schools in South Korea.

I suspect, from past experience, he'd blame the teachers' union.

Deasy told my colleague Howard Blume that he's been trying to eliminate "non-academic periods" at district schools, but the union has resisted. If that's true, it still doesn't excuse Deasy's lack of knowledge or concern about the depth of Jefferson's problems — which one national education expert told the judge are "shocking, unprecedented and unacceptable."

United Teachers Los Angeles President Alex Caputo-Pearl says Deasy's trying to pass the buck. "The union's role in that is 'zero' and he's never come to us," he said. "Clearly what happened is he made an edict that was not implemented and not followed up."

Follow-up seems to be an administrative shortcoming. Even the judge was baffled by L.A. Unified's "protracted and inexplicable inaction" as Jefferson's problems dragged on.

These are kids who desperately want to go to college and have nothing to do. - Mark Rosenbaum, of Public Counsel

The trial documents point to problems that go beyond a faulty computer program or one-time scheduling glitch: Administrative turnover, teacher burnout and student transiency make it hard for schools like Jefferson to achieve stability. Needs are high and resources spread thin. School becomes a sort of triage system, tilted toward remedial classes and littered with obstacles for high-achieving students.

"These are kids who desperately want to go to college and have nothing to do," attorney Rosenbaum said. "It's like you're asking for the moon if you ask for an art class, an academic decathlon class, a literacy class."

Jefferson's faculty met on Thursday and came up with a list of remedies, including a longer school day, more teachers and a new slate of college-prep classes. We don't know what district officials are proposing because the boss is gone.

The judge has given state officials a tall order and a short leash.

They are to come up with a plan by Tuesday's School Board meeting that gets students out of meaningless classes and into appropriate courses, provides help for those who enrolled in classes so late in the semester that they are far behind, and makes sure there are enough teachers, classrooms and supplies to accomplish that.

That sounds to me like it will require magic.

Rosenbaum was a bit more optimistic. Getting the state involved and an outraged judge on the job makes it more likely that efforts will continue after the headlines stop.

"If you're an adult, you get an F in this case," he said. That's because "everybody's looking for a place to point their finger instead of doing whatever it takes to help these kids.

"Now we put you in a room and don't let you come out until you find a solution. We will do whatever it takes to make sure every kid here gets the same education as the kid in Beverly Hills."