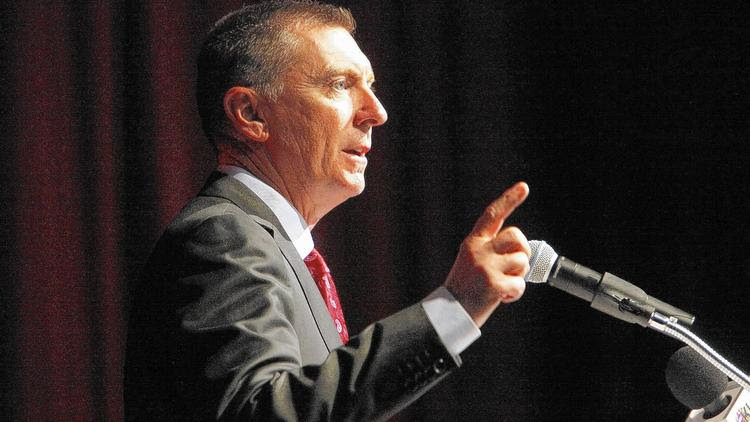 Schools Supt. John Deasy acknowledged that grades, assignments and even students have been disappearing from computer system records, and it could take a year to work out kinks in the system just to enter grades. (Al Seib / Los Angeles Times)

Oct 11, 2014  5:41 PM  ::  With a few taps on a computer keyboard, a student's entire school history from kindergarten to high school graduation was supposed to show up on the screen. That perfect score on a third-grade spelling test, that trip to the principal's office for talking too much in class, that day of ditching math as a senior.

The computer software was supposed to help school officials schedule the classes a student needed to earn a diploma or attend college and to allow parents to track their children's grades and attendance.

Instead, the Los Angeles Unified School District's student information system, which has cost more than $130 million, has become a technological disaster. The system made its debut this semester and promptly overloaded the district's database servers, requiring an emergency re-engineering. In the days and weeks that followed, many teachers were unable to enter grades or attendance or even figure out which students were enrolled in class.

Because of scheduling blunders partly stemming from the new system, students at Jefferson High School sat in the auditorium for weeks waiting to be assigned classes. A judge became so alarmed he ordered state education officials to intervene.

But a quick fix to the problems plaguing the system is unlikely. More than 600 fixes or enhancements are needed in the software, and there are "data quality and integrity issues" that include grades, assignments and even students disappearing from the system, Supt. John Deasy acknowledged last week in a letter. It could take a year to work out kinks in the system just to enter grades, he said.

The district agreed to implement the student information system as a result of a federal class-action lawsuit two decades ago. The suit alleged that LAUSD violated special education students' rights, in part, by keeping such disorganized records that it sometimes lost track of those students' needs.

As part of a consent decree still overseen by a court-appointed monitor, the district promised to create a computer database that would track comprehensive information on every student in the district.

"The whole system needs to work," said Robert M. Myers, an attorney for the lawsuit's plaintiffs. "Having an integrated system allows someone to see the big picture."

Among the immediate concerns with the system is that seniors are not being scheduled for the classes they need to prepare for college and might not obtain accurate transcripts in time to apply.

On Monday, the monitor is expected to release a report assessing the district's progress in implementing the system.

The project has had a long and tortured history. 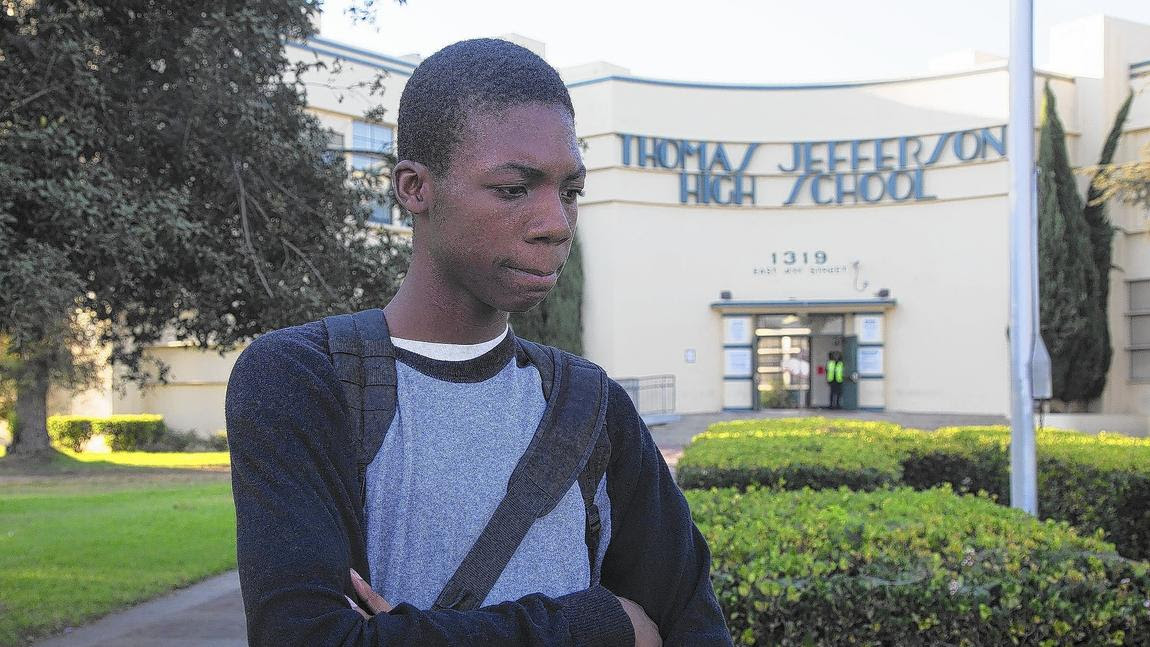 Armani Richards, 17, a senior at Jefferson High School, is one of hundreds of students who could not get into the classes they need due to a malfunctioning computer system. A judge has ruled the state must intervene to fix the scheduling issues. (Gina Ferazzi / Los Angeles Times)

In 2003, the district signed a contract with Virginia-based Maximus Inc. to build most of the key components of the Integrated Student Information System, or ISIS. It was supposed to be finished in 2007.

The district spent $112 million building that system, but most of it was never put into use. Instead, after multiple delays and false starts, the project fell apart amid rancor and lawsuits against the vendors hired to build it.

In 2008, Maximus sold its education software division to another company, Harris Education Consulting. The district later complained in court filings that both companies "not only consistently failed to meet deadlines, they also delivered shoddy software releases that are plagued with major defects or bugs." Former project managers for the district said in interviews with The Times that in many cases, the companies did not test the software before delivering it to the district.

The companies acknowledged that there had been problems but said that was to be expected with such an ambitious project. They complained in court filings that "internal dysfunction" in the district, including frequent turnover in administrators and staff, led to "constantly changing requirements" that prevented the work from getting done.

The system was supposed to launch in late 2010, but the district put it on hold, saying too many bugs showed up in testing. The district stopped paying most of Harris' bills and began to look for other ways to complete the project.

One option the district considered was software that had been jointly developed by Microsoft and the Fresno Unified School District.

In the spring of 2011, the ISIS and Fresno systems were tested side by side. The difference was dramatic: the Fresno system, known as ATLAS, succeeded at about 20% of the tasks, while the ISIS software's success rate was 82%. Based on that, the district opted to keep working with Harris.

But in late 2012, the district changed course. Deasy and Ron Chandler, the district's Internet technology officer, told the court-appointed monitor that they wanted to use the Fresno code to develop their own system in-house. They cited continuing delays and design flaws in the ISIS system.

Chandler said the ATLAS software had made advances since the initial testing and could now be adapted to meet Los Angeles' needs. He said the new system would be easier to work on and cheaper to maintain because the district would own the code, which had been donated by Fresno. He estimated the move would reduce the district's annual maintenance costs by more than $1 million.

Then-monitor Frederick Weintraub — who died in May — eventually signed off on the change in direction but expressed reservations that the district was "proposing significant changes" at a time when it finally appeared to be on track to meet the consent decree requirements.

The district agreed to spend an additional $29 million building that system.

In the meantime, the district sued its former vendors, Maximus and Harris. The district asserted that not only was the software late and faulty, the contract with Harris was invalid and the company should pay back $12 million.

A panel of arbitrators found the Harris contract was valid, the vendors had delivered the software as required and "some of the problems the District complains about were caused or contributed to by the District itself." The arbitrators ordered the district to pay $10 million to Harris, which a Superior Court judge later reduced to $6 million.

The case was settled last month on appeal, with Los Angeles Unified agreeing to pay Harris $3.75 million. The district had spent an additional $2.3 million on outside attorneys.

Despite its rocky rollout, district officials have defended the new software system, known as My Integrated Student Information System, or MISIS. Chandler likened the changeover in student information systems to a heart transplant. He acknowledged that he knew the rollout would be "messy" but said the scale of the issues that cropped up during the first week of school had taken his team by surprise.

Chandler said that once the problems are ironed out, the system will free the district from the consent decree and provide a valuable tool for tracking and boosting student success.

"There will be information on every student across the life cycle of the student," he said. "We'll know where they are and who they are and how they perform."

While district Internet technology staffers work to fix the problems, school officials have resorted to work-arounds, including tracking grades and attendance the old-fashioned way: with paper and pens.

School board member Tamar Galatzan, who called for an audit of the MISIS rollout by the district's inspector general, said everyone agrees on the need for a centralized student record system.

"MISIS is probably that system," she said. "But it might take us a little longer than we had expected or hoped to get there."