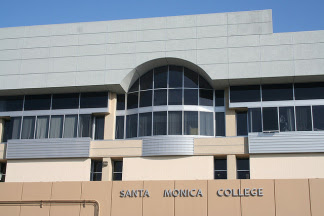 California’s Attorney General says a plan by Santa Monica College to charge more for some popular courses is illegal.

Earlier this month, Santa Monica College Board members decided to charge students several times the normal price for some high-demand classes taught over the summer, setting up a two-tier system.

The original idea was to relieve overcrowding, but it set off a violent clash on campus, with some students getting pepper-sprayed.

After that incident, the trustees dropped the plan for the summer. But by then, the state’s Community College Chancellor, who also opposes the plan, had asked the Attorney General’s Office for a ruling on its legality. Their conclusion:

"The education code doesn’t allow for this two-tiered system," says Paul Feist, vice president of communications for the chancellor’s office. "Employers who want to contract with the community college who want to provide instruction to workers or potential workers and the employers pays the cost of that instruction."

Santa Monica College disagrees. In the 57-page legal analysis administrators filed when they first proposed the two-tier system, they argued that the system was legal and necessary. But now they’ve put their plans on hold, indefinitely.
Should they decide to someday move forward with two-tier fees, it’s possible the college could face legal action.